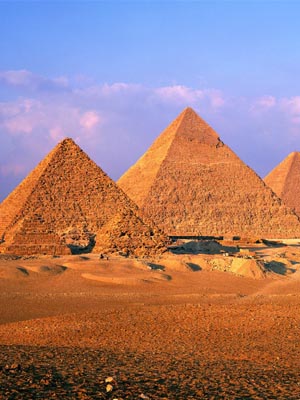 Just a quick reminder here — we were skeptical about the Egypt “revolution” and the “Arab spring” in general, mainly because in addition to clear CIA/USA funding for these revolutionaries, most revolutions are the clueless have-nots taking from the haves who keep them from outbreeding their resources.

It looks like Egypt is no different. After our first shocked — shocked, I tell you — moments when the revolutionaries turned out to be a mob of rapists, the good news has just kept rolling. Absolutely zero of it suggests the Egyptian revolutionaries are competent, honest or morally upright.

In fact, they’re looking like criminals leading a parade of demagogues at this point.

However, that’s standard practice for revolutionaries. If the people are incompetent, they get strong leaders to keep them in line. If they then murder those strong leaders, the only people left are incompetents. That’s what happened in France in 1789, in Russia in 1917, and in countless “democratic” and “communist” revolutions since.

It’s the little guys, the pawns, all banding together to overthrow their leaders, as if forgetting that some cause/effect relationship put those leaders there in the first place.

How are our little Egyptian rock stars doing?

Thousands of Egyptians took to the streets on Friday to push their military rulers to do more to help Palestinians following the overthrow of the country’s president Hosni Mubarak.

Many Egyptians felt Mubarak, a U.S. ally, was too soft on Israel and want their new government to take a much stronger pro-Palestinian stand. – Yahoo

This is staggeringly brilliant. They want to further push on an unstable situation where a small country, surrounded by Arab populations, is trying to move its Arab population on to be with their nearest genetic relatives in Syria, Jordan and Egypt.

Basically, our revolutionary friends are warmongering, as are most leftist media sources, because they hate the idea that Israel might be a Jewish state for Jews.

One major reason they hate that idea: Israel is succeeding while the Muslim world stagnates. In technology, finance, culture and learning, the Muslim world is falling behind — not so much because of its “repressive” rules, which have absolutely zero to do with whether it develops intellectually, but because of a lack of intellectual leaders and constructive people. Many of these probably died in revolutions or Islamic uprisings in the past.

And how is that revolution working out for you, ordinary people of Egypt?

â€œThe police are afraid,â€ said Mohamed Ismail, 30, a witness. â€œI am afraid to leave my neighborhood.â€

Three months after the ouster of Hosni Mubarak, a crime wave in Egypt has emerged as a threat to its promised transition to democracy. Businessmen, politicians and human rights activists say they fear that the mounting disorder â€” from sectarian strife to soccer riots â€” is hampering a desperately needed economic recovery or, worse, inviting a new authoritarian crackdown.

At least five attempted jailbreaks have been reported in Cairo in the past two weeks, at least three of them successful. Other attempts take place â€œevery day,â€ a senior Interior Ministry official said, speaking on the condition of anonymity because he was not authorized to talk publicly.

Newspapers brim with other episodes: the Muslim-Christian riot that raged last weekend with the police on the scene, leaving 12 dead and two churches in flames; a kidnapping for ransom of a grandniece of President Anwar el-Sadat; soccer fans who crashed a field and mauled an opposing team as the police disappeared; a mob attack in an upscale suburb, Maadi, that hospitalized a traffic police officer; and the abduction of another officer by Bedouin tribes in the Sinai. – NYT

Strongmen like Mubarak, Gadafi and Saddam Hussein exist because their countries are unstable. The only leader that can prevail is a strongman.

Along comes Sally Voter from the USA, decides that’s not the kind of thing she’d want in her church, and proceeds to act as if Egypt, Libya and Iraq were suburbs near her suburban Chicago home.

In the real world, different places have different rules. There is no universal standard, and while there is a norm of sorts, it’s definitely not what you find in an American suburb.

In fact, the American suburb is the exception, a nice tidy safe place where Sally Voter can be as delusional as she wants… which explains the American public’s voting decisions that are as baffling as the ones made in Egypt.

The coming hilarity is watching these communities that the USA and puppets have liberated. Much as happened in Iraq, there’s no plan for after liberation. The incompetents take power. To keep the people occupied, they invent jihads and crusades and 5-year-plans. Horrors follow.

And then, as Sally Voter and Steve Pundit sit at home in the air conditioning reading about these faraway places, it’s too comfortable for them to remember a few years before when they were cheering hard for these “revolutions.” After all, if it’s change for equality, it must be good!

In the first world, the self-delusional intervene in the affairs of the incompetent and oblivious worldwide, leaving a trail of wreckage — but the headlines, and the feelings, those were great.