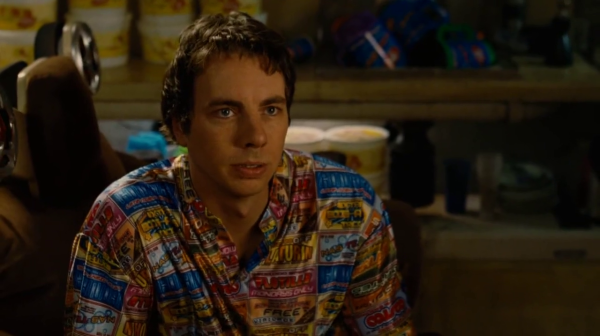 The USA and EU, desperate to distract their citizens from problems at home, are making a big deal of an unstable rebel group in the middle east known as ISIS.

The latest in outrage journalism and morally righteous democratic jingoism? ISIS is rumored to be killing retards.

The Islamic State has reportedly issued a fatwa ordering the elimination of children with Down syndrome and other congenital disabilities, reminiscent of Hitler’s infamous “Aktion T4” program, which administered forced “euthanasia” on an estimated 300,000 disabled persons.

Oh, look, it’s the Godwin Signal: the rallying cry for the herd to attack. Used to be it was the Aristocrats, then it was the Confederates, but now Hitler is our bogeyman-scapegoat for all problems with the failing policy of equality. ISIS are clearly Hitler so we must drop everything and bomb villages full of illiterate villages so that we might kill some ISIS guys, and forget about the race war/collapse/corruption brewing at home.

This shows what democratic thinking gets us. Whoever produces the most hopeless victim wins; in this case, the ‘tards are incapable of doing anything but synchronized defecation, so they are the ultimate symbol of our pity and altruism. And yet what no one dares say is that ISIS has a point.

Retards — by definition — are incapable of what normal people can do. They are dumber even than the American voter. They will produce nothing during their lives, but they will take something away, namely the time and energy of those unfortunate enough to have them.

In the past, we did not kill retards. We let them fend for themselves as any child would, and when we found the wolf-gnawed remains or frozen carcass in the lake, we shrugged and said it was God’s will. This is healthier than either the ISIS extreme, or the great American mediocrity which demands that the lives of several healthy people be sabotaged so that one tard can live because the little drooler is equal too, y’know.

ISIS have become my favorite entertainment. They enjoy provoking the West by throwing homosexuals off buildings, finding new sadistic ways to execute drugged captives and now, lopping the heads off the already headless. They do this because they have only one business plan: provoke the West into war so they can kill us on a 1-to-10 ratio but, by doing that, can stir up their base and get more funds. It’s not far removed from the Democrat party agenda.

In the meantime, the variety show in Washington and Hollywood goes on as they send more clowns across the stage to distract us from actual problems. This is the agenda of democracy: hide real issues, and replace them with inferior and ludicrous substitutes, so that if anyone pops up and says the Emperor has no clothes, we can destroy him in the media to warn the others to be silent.

Because control is more important than survival, of course. Or at least: survival of everyone but the newly-rich leaders, who will jet off to Zurich, Buenos Aires or Haifa as soon as the USA collapses. And the voters keep rubber-stamping it and then going back into Budweiser oblivion while screaming at the television screens. Now that’s retarded.

Wealth transfer is conquest | The stray voltage of firearm fetishism