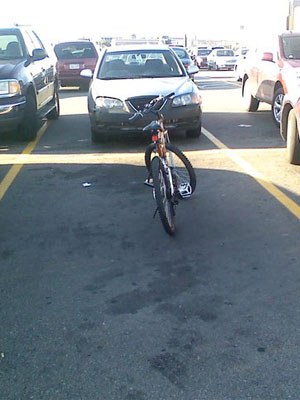 People think of the world through a one-way filter in which whatever they want is most important, and everything else comes secondary.

As a result they are blind, deaf and dumb to the thought that the increase in their “rights” — a marketing term, like “maintenance-free” — will also displace someone else’s right to something beyond the individual.

For example, many of us would like a return to an America from a healthier time. Nuclear families, socially conservative values, a world presence that reflected a moral not political goal field, and generally quiet living.

As one pundit put it, “More Mayberry, and less Gotham.” Say no to the dystopia pre-apocalyptic wasteland, and embrace the boring and stable society that was like a canvas for us to create vivid lives within.

The modern leftist — no, it’s at a lower level than leftism. The modern hive-mind lynch mob popularity herd wants to obliterate any discussion except that which gives more things to the individual.

These people want the individual to make choices without oversight, for self-gratification only, without regard to consequences beyond a narrow legal sense. This gives the individual ultimate freedom.

However, this assumes that the individual needs the option to do just about anything. The fact is that most people do similar stuff, as they have for centuries, because that stuff is a reasonable adaptation to the demands of being human.

The freedom we want is the ability to have families, live well, learn from life and develop ourselves.

The crowd fools us into thinking that, in the name of the 0.10% of people with anomalous needs, we need absolute freedom so that we can feel like our lives have possibility.

In reality, we don’t need any of that, and most of us will move away from people exercising “freedom” in ways that conflict with our biological and social roles.

There’s an argument that we need liberty, which is non-interference by people who know less than we do about what we’re doing, but that mostly requires getting parasites off our backs. Bureaucrats, unions, nannies, anti-smoking activists.

In the name of freedom the modern hive-mind sends us on a one way street toward more permissiveness, fewer standards, and less social organization. This displaces those of us who see our lifestyle as contingent upon a stable civilization that supports our values system.

These two people are incompatible. If either gets what he or she wants, that will displace what the other person wants. Our society accepts the one-way road to permissiveness, so we’re accustomed to see the first person’s demands as rational and the second person’s demand as fascist and evil.

While our government and liberal media spend their time chasing after various tiny groups to make sure that their rights are represented and tax dollars spent on sustaining them, middle America has a different agenda.

These are the people who keep our nation strong. They lead at their jobs and in having stable families. People look up to them.

Their idea is something like this: they will “tolerate” another person’s desire for a permissive society. But not everywhere. Middle America still wants its Mayberries for itself because that’s what it likes.

Its goal is not to exclude others, but to exclude itself. Let others have their permissive and exciting world. Middle America wants its quiet existence.

However, it has been displaced by the notion that only more permissiveness is moral, fair and acceptable. As middle America realizes that “tolerance” is a keyword for its own elimination, watch this oblivious attitude get replaced by a strong vigilance.