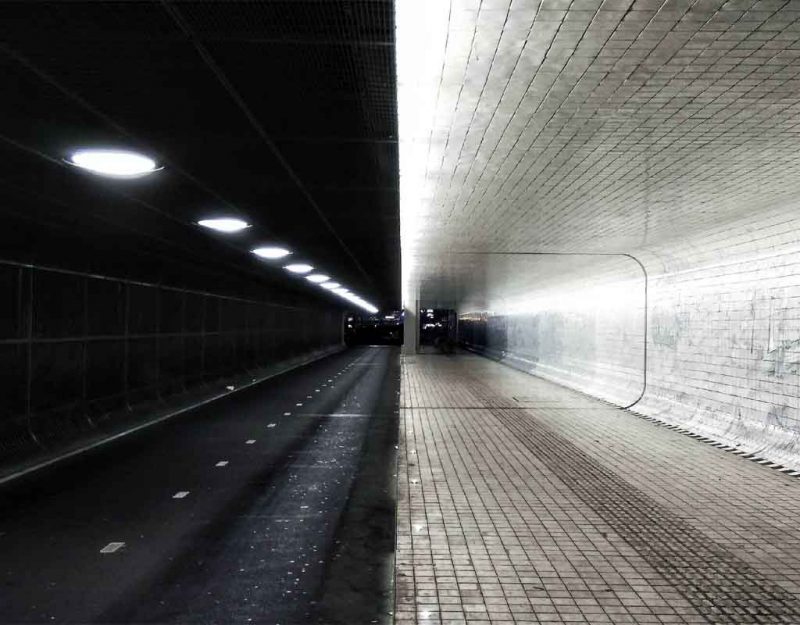 Modern citizens live under fear of exposure. At any moment, something they did could be revealed and the crowd could turn on them. This has produced a population which hides its knowledge and opinions while attempting to do nothing outside of the range of accepted conformist behavior.

As a result, they tolerate certain things as “just the way it is” and get fatalistic about these things ever changing. In a cognitive dissonance sense, it is easier to adjust expectations and rationalize the outcome than it is to stake hope on a change that is unlikely.

However, things have cut loose over the past few years. Previous taboos have fallen. Change is on the wind. This means that we have a chance to build up enough momentum to remove centuries of bad precedent. That in turn means that we must look critically at laws and ask if they are sane.

On the chopping block in the future may well be the Fourteenth Amendment to the Constitution, which includes this crucial language:

The phrase “the equal protection of laws” has created more controversy than most Constitutional language. In the way the original was intended, as explained at the time of its ancestor document, the Civil Rights Act of 1866, this meant that the state could not create special categories for some people who experienced less legal protection.

The Civil Rights Act of 1866 used similar language that served as the template for the Fourteenth Amendment:

The legislation granted all citizens the “full and equal benefit of all laws and proceedings for the security of person and property.”

However, owing to the ambiguous language — a favorite of Leftists — these laws have been interpreted by (mostly Leftist) courts to mean that government has an obligation to intervene in private affairs to make sure that they are equal.

In cases such as Jones v. Alfred H. Mayer Co., the court decided that:

The legislative history of § 1982, which was part of § 1 of the Civil Rights Act of 1866, likewise shows that both Houses of Congress believed that they were enacting a comprehensive statute forbidding every form of racial discrimination affecting the basic civil rights enumerated therein — including the right to purchase or lease property — and thereby securing all such rights against interference from any source whatever, whether governmental or private.

In other words, where previously American law had focused on natural rights, or the abilities one has in nature, through restricting the ability of government to infringe upon them, now American law was dedicated to enforcing civil rights, or government-created rights that exist for ideological principles.

All of our anti-discrimination law comes from that interpretation. Without it, government has no overview over private interactions, and you can hire whoever you want, throw anyone out of your store or business for any reason or no reason at all, limit to whom your house can be sold, and otherwise preserve the freedom of association that allows you to have businesses, areas, and neighborhoods for your tribe.

When we think about this critically, such a freedom would benefit everyone, because each group likes to associate with its own. Having an end to the Leftist interpretation of the Fourteenth Amendment would allow each group to have its own parallel spaces, or “Chinatowns,” in a balkanized America.

The transition to civil rights from natural rights afforded America the ability to be a modern government, or one in which citizens are socially engineered into agents that support a centralized power, and its ideology, including economic and political system.

Formerly a disparate collection of states, America now became a single nation, with a standardized system afforded by this centralized power and its social engineering. This made business more efficient, and allowed America to develop a peacetime military to project power.

While this made America more powerful in the short term, it also made it unstable, because now it depends on mass mobilization to get things done instead of relying on people to do what they ordinarily do that is productive.

The Fourteenth Amendment was made to be misinterpreted. From the language used and documents of the time, it was intended to prevent government from treating Blacks as second-class citizens; in the hands of Leftist courts, it has been used to mandate pro-equality intervention in all areas of American life.

For conservatives, the responsible thing to do would be to repeal this amendment much as we ended Prohibition: recognizing that something does not work, yanking its legal support, and replacing it with newer policies that make more sense.

Leftists will resist this because they realize that with the return of freedom of association, one of the natural rights — property, speech, religion are in there as well — people will separate into their own little groups.

This offends the Left, which places itself in power by forming a coalition of the discontented, resentful, alienated, dysfunctional, neurotic, and miserable and using that mobilized mass to seize power and maintain it.

However, like modernism itself, Leftism has become obsolete, because it turns out that mass conformity does not make a healthy society but a dying one where people fail to reproduce at replacement rates, kill themselves with drugs and alcohol, and live empty and desperate lives.