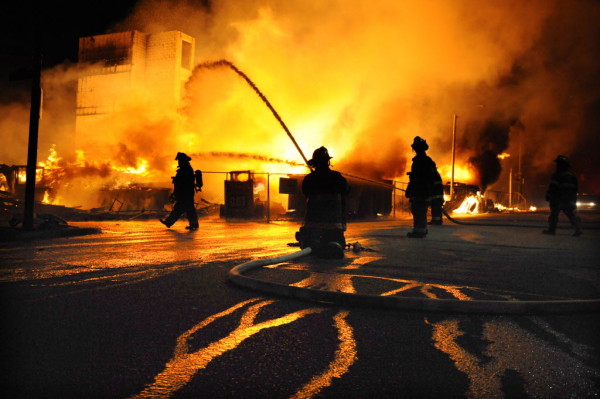 Every generation lags behind its time because it is using the knowledge of the past to interpret the present. If you want to know why conservatives endorse slow change, if any, this is it: people are always a generation or more behind in their knowledge.

They may even be centuries behind. With democracy, people perceive that there is a “we” doing things, when what they fail to realize is that democracy like courts or the economy is an adversarial system. It is each person against all others, and the one who wins is the one who makes the best product, not the wisest choice.

The world’s best-selling hamburger is nearly tasteless meat on a sugary bun with bittersweet creamy sauce topped with low-grade lettuce and tasteless tomato. It is not the best hamburger, but the best hamburger product. Similarly, in democracy the candidate who stands up and tells the truth will be beaten aside by those who say what is more easily understood and more pleasant, banishing unpleasant thoughts behind strong-sounding lies.

Those in government benefit from social chaos. Those on the left support government in its aim because their goal is revenge on society, destruction of everything but themselves, and anything else that can remove things that make them feel inferior, like rich people or smart people. Whatever they say their agenda is, their actual agenda is to destroy for the purpose of feeling better about themselves.

When race riots break out, government becomes important again. Most people see it as the barrier between themselves and the collapse of society. Budgets get approved faster, people are nicer to cops, and more bureaucrats get hired after a race riot. It is like a jobs program that found a new purpose. For this reason, both the left and government encourage race riots whenever possible.

Look at the media for a confirmation. CNN tells us that non-violence is unreasonable and in fact, morally wrong. The lunatics over at The Atlantic tell us that non-violence is selling out and, essentially, “the cops did it first.” The New Inquiry boldly defends looting as legitimate political activism and their buddies at Jacobin argue that rioting is “rational.” Lest you think these are isolated, here is CNN again telling us that Baltimore is rising as it burns, fully aware that the rioters were attacking anyone who was not African-American. And government? The mayor of Baltimore insisted that rioters be given “space” despite being fully aware that a full race war was about to break out.

Why does government do this and media back them up? For the same reason both support diversity: to destroy what is and take over. They are not geniuses with some cryptic and detailed plan; they are everyday parasites. They want to break down resistance and take over so they gain access to wealth and power. Look no further for their motivations, no matter how many layers of “altruism” and “equality” they hide it under. They are attackers on the same level as mosquitoes, leeches, AIDS, pneumonia, bedbugs, lice, chiggers, fleas and ticks. Parasites want to break down your resistance and take what you have instead of creating it for themselves.

Diversity cannot work, as we see in Baltimore. One race will be on top and the other, by converse inference, on bottom. No matter how many laws we write or cameras we put on police, the perception will be that one group is in control and that group will be blamed when things go wrong, as they inevitably will. Life is Murphy’s Law; if anything can go wrong, it will. Thus a routine arrest turns into a broken back and death for Freddie Gray, even though many others experience the same brutality (and for the same reason: being hardened criminals who attack police) every day. Murphy strikes again. And then, because of the widespread perception of unequal power, a riot touches off. If you switch races, the roles will be reversed. If you import hundreds of races, the paranoia will grow even more extreme and every race will assume every other race is on top and resent all of them, as we see in majority-minority (and multiple minority) cities like Houston and Los Angeles.

But a massive new study, based on detailed interviews of nearly 30,000 people across America, has concluded just the opposite. Harvard political scientist Robert Putnam — famous for “Bowling Alone,” his 2000 book on declining civic engagement — has found that the greater the diversity in a community, the fewer people vote and the less they volunteer, the less they give to charity and work on community projects. In the most diverse communities, neighbors trust one another about half as much as they do in the most homogenous settings. The study, the largest ever on civic engagement in America, found that virtually all measures of civic health are lower in more diverse settings.

The point here is not that diversity makes people distrust other races. It makes them distrust all races, their society itself, and any social institutions. It makes them distrust their neighbors, even if of the same race, and retreat into their little worlds. This will increase the process of collapse that liberalism and the media want to encourage by making people see society itself as an enemy and act to impede, sabotage or retaliate against it. That will accelerate the decay and bring liberals closer to power, so naturally they take delight in it.

Our future begins with realizing the nature of democracy: it is a power grab by the numerous and clueless from those who know something about reality. It is designed to destroy society so they can take over. And their endgame — well, that is the really bad news. They are clueless; they do not have one. They simply hope for the best. Looking at the past, we can see how it turns out. Another third world shell of a civilization where greatness once stood. Resistance to liberalism, democracy and diversity has become necessary not simply because they are failing, but because they are designed to fail and destroy us all in the process.

When liberals cannot control discussion, they censor it | Reparations With Repatriation