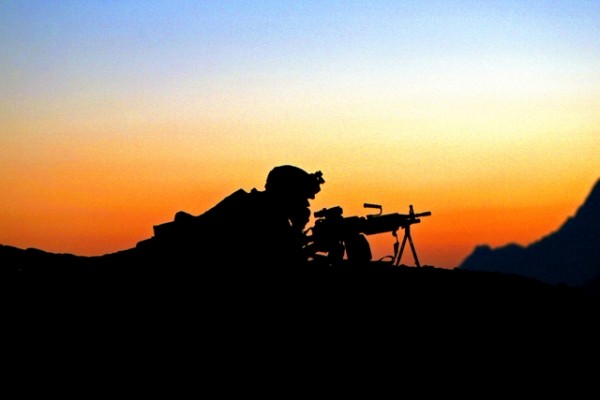 Incidents of “stolen valor” — where a civilian pretends to be a member of the military and/or brags of nonexistent heroic acts performed — seem to be on the uptick lately. Perhaps it is general social decay or the increasing gullibility of those who might give money or favors to soldiers, or they are simply more visible. But it seems to float around the news as a topic.

While much has been written about individual cases and how to stop them, very few have focused on an interesting aspect to the situation, which is the psychology of those involved. The following passage from Force Recon Diary, 1969 by Bruce H. Norton reveals much of the thought process of these individuals

One of the first real patient “characters” that I encountered on the war was a Marine private, a fat, loudmouthed clown who tried to intimidate the new ward corpsmen. He could be counted on for starting some kind of trouble on a daily basis. He tried to sleep in after being told to get up. He refused to eat. He “borrowed” things from other patients while they were sleeping. Argumentative, he was considered a general pain in the ass to all who came in contact with him.

He had told those few people who cared to listen about his combat experiences in Vietnam, and listening to the guy, he had practically won the war by himself. His glorious self-image took a great turn for the worse when one of the ward’s new corpsmen reviewed his medical record and announced to the dozen Marines on Ward D that the patient’s infected leg would did not come from an AK-47 round during his unit’s assault on an enemy-held hill but was, in fact, a self-inflicted wound. The Marine private had been with a supply unit located near Da Nang, and when the unit had volunteered him for duty with a Marine rifle company, he decided not to go.

The sad part about the entire incident was that the coward had tried to shoot himself in the leg, but the bullet had glanced off a bone, changed direction, and then shattered his foot.

After the secret of the wound was exposed, the other Marines on the ward would have nothing to do with him. They said it wasn’t so much the fact that the man was a known coward that alienated them, it was the simple fact that he couldn’t even shoot himself in the leg without screwing up the job. He made the other Marines on the ward look bad by his poor example. (41)

This man (the leg wound Marine, not Norton) as a classic example of the psychology of compensation. He failed at something, and worse fled from it, so now he hopes that by convincing others he did it, that he can regain what he would have achieved had he not run away. Compensatory behavior is huge among humans. If a thing cannot be had, the appearance will do, but it always increases mental dysfunction by forcing the person to make compatible two entirely opposite worlds in his own head.

Compensation figures prominently in Crowdism where people who cannot achieve feel that by having a group tell them that they have achieved something better will in fact gain them what they could not attain. Life however is an individual process of growing better at being alive, and to run away from a challenge leaves a void in the self that no accolades or social prestige can cover. This explains the pathological nature of Crowdists who inevitably attempt to destroy that which they cannot have, because it serves as a reminder of what they lack, much as this Marine made a lot of trouble on the ward as if attacking the Marine Corps itself for his own insufficiencies.