Rename all the mountains 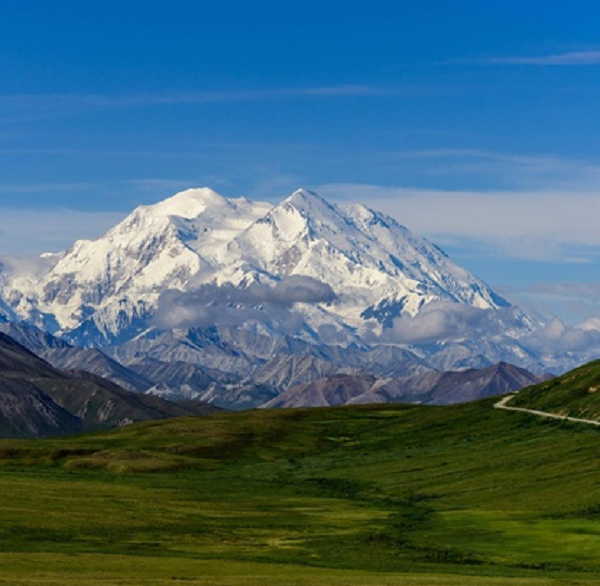 Conservatives are abuzz with the usual tame outrage over President Obama renaming Mt. McKinley “Denali,” a situation made more complex by many Alaskans preferring the Siberian name for it. A number of conservatives have defended his decision on the basis of populism and history.

As usual, humans generate a massive tempest of ideological effluvia over a simple issue. Healthy societies have strong identities. Those identities come from shared origins that are both genetic and cultural and can immediately be recognized, like someone of your tribe, wearing traditional clothing, doing customary things. Leftism systematically dismantles these because they conflict with utter autonomy of the individual. As conservatives, it is our goal to conserve and when necessary resurrect these things.

Our identity is WASP, which is (in the New World) shorthand for Western European. This population is distinct from Eastern and Southern European as well as outliers like the Irish, who have an Iberian-North African descended strain in them and group genetically with Southern Europeans. This identity is what saves us from all the methods of liberalism like big government, equality, feminism, diversity, deviance norming and social breakdown. We must always assert this identity strongly because among us there are unhappy people and neurotics who will always and pathologically work to destroy it.

Some have argued that because the method is similar to a liberal method, that the idea of renaming our national landmarks with Western European names is bad. They would like to categorize actions by method and not purpose in the oldest moral error, which is assuming that social intent, or how inconvenient an action is to our social view of ourselves, is more important than the traditional view of purpose and goal as linked. We cannot measure morality by method alone; sometimes one must kill, for example a murder, in order to be the opposite of murder.

@Rebel_Bill @soapjackal @amerika_blog Indeed look at Bolsheviks changing just about every placename in Russia other than Moscow.

The confusion here is between method and goal (which measures itself by results and not appearances like method-based critiques) alone. Liberalism has a degenerate goal and corrupts every method, but where its methods are effective, it is because they are borrowed from somewhere else. Europeans upon discovering new territory gave names to the landmarks there and in so doing, defined those societies as European. Liberals borrowed this technique for “re-claiming” what had been claimed, and if we embarked on “re-re-claiming” we would simply be doing what is natural in claiming that territory. Assertion of identity is more important than the convenience of people in using certain names that in turn, shape their own view of themselves as a people.

Obama renamed Mt. McKinley in order to damage the self-esteem and self-image of Western Europeans in the new world. He wants them to feel like a subjugated people, which is the necessary consequence of having foreign names around them. In particular, he wants to re-inforce the guilt narrative regarding the people he calls “Native Americans” or “First Nations” when they are in fact neither. The most likely scenario for Amerinds, as they are technically called, is that multiple groups came over from the old world, but the group from Siberia was most numerous and out-reproduced the others. Obama hopes for a similar fate for America and Europe, as do all liberals, which is why beating back “racism” and adopting massive third world immigration has been the central focus of their activity in the postwar period.

As Robert Frost noted when he penned “Two roads diverged in a yellow wood,” life often produces binaries when a choice comes down to the line. We cannot use a method here of imposing categorical logic by saying “all binaries are bad,” but should note that at some point one either chooses to act toward what is right, or accepts whatever else comes down the pipe. What is right in this case is asserting our cultural identity exclusively because it is necessary for our survival, and failing to do so will only produce another mixed-heritage third world burnout of a former empire. It may be most convenient to use some familiar names, or to cuckold ourselves as Obama desires we do, but the right thing to do waits for no man. It is an opportunity either seized or a defeat and self-destruction slowly but certainly growing near.