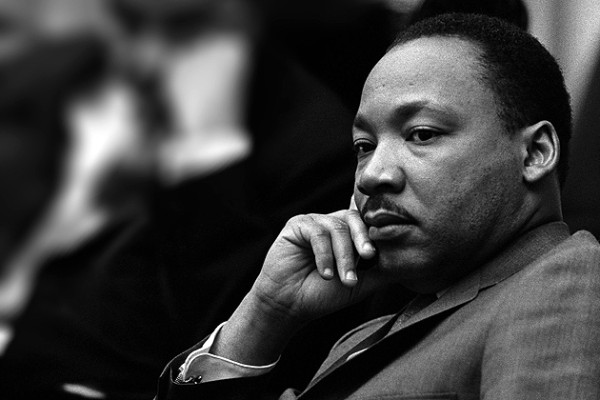 Mondays deserve their reputation as frenetic, disorganized days. I spent one Monday bewildered. The stock market was closed and when I called the DMV, no one answered. I turned to the internet and found threads in online forums where people were talking about Martin Luther King, Jr. and his legacy. At that moment I realized that this Monday was MLK day, but I had not even noticed because MLK and the cult that celebrates him not only have zero relevance to me but represent all that is hostile to what I am.

In the spirit of the holiday, I was put through mandatory diversity training for my profession. It could not be opted out of, objected to or ignored, it was mandatory. I was forced to check my privilege at socioeconomic gunpoint, as all of us whites routinely are. Several hours of tedium later which combined the worst aspects of American high school and Russian political re-education, I could go back to the world I knew to be real and leave the fantasties of the control-oriented political leaders far behind.

It’s curious how little people focus on the coercive nature of this diversity business. You aren’t “encouraged” to adopt leftist views on inclusiveness, you must — or else. It’s conversion at spearpoint, just like the Catholic cultural conquest of the Norse. If you do not obey, you will be destroyed by any means necessary. It is not enough to simply not oppose it, by the way. You must agree. Otherwise, you are an enemy of the State… errr, I mean of The People, comrade.

Everywhere I go, it’s the same story: white privilege this, white privilege that, holocaust, slavery, reparations. According to everybody on earth except me, I am expected to spend all day every day trying to apologize for my existence because others might be offended if I don’t. Their offense legitimizes incursion on my life with thousands of tiny deprivations and heaping loads of guilt, shame and thinly disguised hatred. They hate me for being what offends them, and even if I apologize constantly, there will be a need to humiliate and ostracize me.

Call it freedom of association. Just don’t bother me, don’t tell me I am guilty of some kind of original sin for my crime of being born with blue eyes and don’t you ever try to tell me I am “obligated” to care about this or that. That’s my business and I will care if I want to. I did nothing to you, but you want me to subsidize you for having been victims and choosing to continue to be victims. You want me to be always wrong, so that you are always right, and so that the train of money, power and influence flows your way just for snapping your fingers and saying “I’m offended.”

I don’t care about Martin Luther King, Jr. at all. I don’t hate him, and since he’s not relevant to me in any way, I don’t love him. I have no reason to celebrate his holiday nor to spend any time thinking about him or how you may be offended. I am busy living my life and doing things that I know to be good, instead of celebrating some guy who wants to enslave me with guilt for something my ancestors may or may not have done. I didn’t even know it was his holiday until an hour ago — and what business is it of yours that I don’t care?