Hitler won and the Holocaust is about to happen 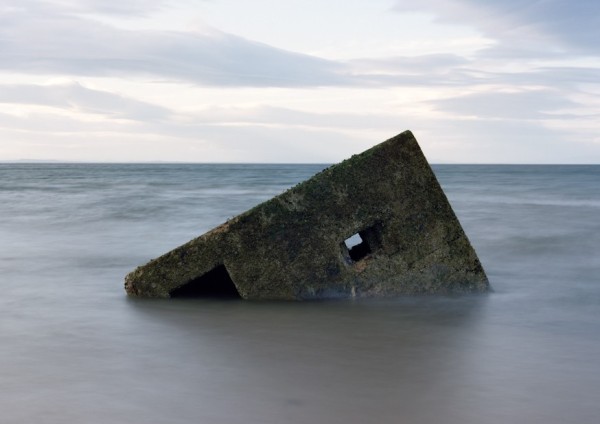 WWII ended in 1945 but we fight it every few years in metaphorical form. Like the archetypes upon which it was built, the French Revolution in Europe and the Civil War in the USA, it was the well-intentioned inclusionists versus the evil not so sociable people and this message united the “free world” to truck off to war yet again.

But as we celebrate 70 years at Auschwitz it becomes clear that Hitler won the argument, even if he lost the war, and that for all that the Holocaust was terrifying, it was merely a precursor to the actual genocide of the Jewish people which will use less terrifying methods but be absolute in its success. Like the philosophers and artists who inspired him, Hitler and the German Nazis were always outnumbered and knew they could not win on the basis of strength because the mob always wins. What took the NSDAP down was not superior fighting ability of their enemies, but greater numbers and more materiel, allowing the Allies and their Soviet cohorts to essentially spam German forces with too many targets to shoot and then bomb them into submission.

This mirrors the situation with humanity as a whole: a few smarter people note problems, but are outnumbered. Not just the average person but most except a very few want to keep kicking the can down the road and keep themselves enfranchised in the system even if it collapses. They just want it to collapse after they are done with it, sort of like shoppers hoping for an going-out-of-business sale at their favorite shop.

The Jewish people now face a greater threat not just in Europe but worldwide than they ever did under the Holocaust. This threat comes from the Left who, being far more populist and popular than the right, mask their opinions under moralism and then use that to — much as in the Civil War or WWII — justify destruction of those who disagree. The Left has turned the Palestinians into the new denizens of Auschwitz and will gladly do everything it can to deny the Jewish people in Israel any recourse. The UN, the media, academia and most NGOs have now turned on Israel and by extension, the Jewish people, who by wanting to exist as a people seem to exhibit the kind of nationalist sentiment that enrages liberals about Israel. This dovetails with a general process of assimilation by Jews in their host countries through outbreeding, secularization and most of all, a lack of belief in culture itself as leftism takes over and makes ideology, not culture and social order, the basis of society.

Hitler could be viewed as a philosopher or artist who chose statecraft as his medium. He advanced many ideas, but the biggest were these:

While I find his methods abhorrent, and consider Holocaust I to be one of the worst moments of humanity, the fact is that Hitler’s goals are near realization through the hands of his enemies. Thanks to liberalism, Europe and the USA have obliterated themselves financially in pursuit of the egalitarian dream. Although Hitler’s goal was not destruction of worldwide Jewry — he originally planned to relocate them to Madagascar — in Europe and the USA, “diversity” means that many groups who co-exist hate each other as part of their DNA, and so Jews are under attack and now are not protected by the liberal media establishment. Most will simply outbreed and raise their children as atheists, anglicize (or more likely, translate to Spanish) their names and forget any Jewish past. The Jewish people will be obliterated. Already the fruits of diversity have become visible even to a bunch of latent Reds like the BBC:

Ronald S Lauder, president of the World Jewish Congress, told the commemoration: “Jews are targeted in Europe once again because they are Jews…

“Once again young Jewish boys are afraid to wear yarmulkes [skullcaps] on the streets of Paris, Budapest, London and even Berlin.”

For the last seven decades we have fought ourselves in the West to avoid admitting in any way that anything Hitler did was right. He is our Emmanuel Goldstein after all, the official state Enemy who must be blamed for all ills and destroyed wherever he, like an ancient god of disease, appears in avatar form. It’s an amusing superstition based in our fear that he might be right after all. Even more than the money we sacrificed on the Cold War, we have sacrificed the wealth of several generations on social programs, civil rights, lawsuits and regulations. We have sabotaged education and turned our children into Soviet-style political actors who will report their parents for a racist joke. Racial equality is but one part of the egalitarian dream which has turned our social experience sour. Everywhere we are surrounded by incompetents and endless rules, bureaucracy and ugly commercialism. These things are necessary for us to all be equal, we are told, so we do not protest. We cannot — to do so is to be called Hitler and fired from our jobs, ostracized and left in homeless camps.

Our society is miserable. Our daily lives are stained by the ugliness of a society that insists on illusions and, when they fail, prefers to sacrifice everything it has instead of admitting that these ideas are non-workable and therefore, the ideology might be wrong. We grind on, crushing ourselves into dust with boring jobs and no-culture living that is unfulfilling, caught up in a neurosis of sexual liberation and obedience to dogma that makes us miserable. You wonder why no one is intervening to stop the disaster. The answer is that they want it to get worse and they want this world to die in flames.

Well, this is a fine state of affairs. I never wanted to arrive at such conclusions, but “I must speak as I find.” I don’t have to like it however. Years of observation have impressed upon me the notion that the misery of modern first-world people is exceeded only by their fanatical and fundamentalist insistence on not admitting that, since to do so is to lose what they have and to realize how much of their lives they have wasted. Seven decades later, we still fight WWII, and like everything else we do, we lose the battle even when we win the war. All of this conceals the real question, which is as simple as it is profound: but how do we fix this?