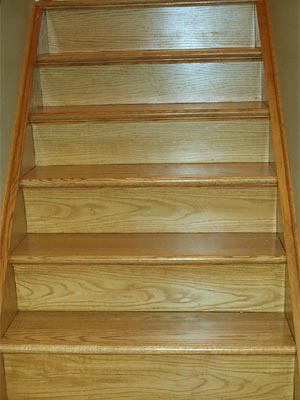 The idea of rebellion is simple: the jerks in power are forcing the rest of us away from the good life, so we’re going to band together, outnumber them, and take over.

Rebellion puts the rebels in an unassailable position: we’re the good guys, doing this for you! The bad guys have rules, but we accept everyone and everything — except bad taboos like pedophilia, and anything that threatens the rebellion, of course.

The problem with rebellion is that all rebellions have this pseudo-anarchy in common, and eventually it leads to two things: (a) an inert population and (b) more powerful bureaucracies and business catering to their fears and thus, acting against those who are competent.

But when her throat was cleared at last, Ms. Palin had something considerably more substantive to say.

She made three interlocking points. First, that the United States is now governed by a â€œpermanent political class,â€ drawn from both parties, that is increasingly cut off from the concerns of regular people. Second, that these Republicans and Democrats have allied with big business to mutual advantage to create what she called â€œcorporate crony capitalism.â€ Third, that the real political divide in the United States may no longer be between friends and foes of Big Government, but between friends and foes of vast, remote, unaccountable institutions (both public and private).

Ms. Palinâ€™s third point was more striking still: in contrast to the sweeping paeans to capitalism and the free market delivered by the Republican presidential candidates whose ranks she has yet to join, she sought to make a distinction between good capitalists and bad ones. The good ones, in her telling, are those small businesses that take risks and sink and swim in the churning market; the bad ones are well-connected megacorporations that live off bailouts, dodge taxes and profit terrifically while creating no jobs.

Strangely, she was saying things that liberals might like, if not for Ms. Palinâ€™s having said them.

â€œThis is not the capitalism of free men and free markets, of innovation and hard work and ethics, of sacrifice and of risk,â€ she said of the crony variety. She added: â€œItâ€™s the collusion of big government and big business and big finance to the detriment of all the rest â€” to the little guys. Itâ€™s a slap in the face to our small business owners â€” the true entrepreneurs, the job creators accounting for 70 percent of the jobs in America.â€ – NYT

The dichotomy here is this: entrenched interests which do not want competition, versus those that might reward people for superior performance — in other words, those which endorse elitism, or the notion that some people/things are more competent/better than others.

In other words, that which makes everyone equal and thus allows large bureaucracies and corporations to accumulate wealth through the slovenly inattention of others, is just as potent a force of decline as the lock-step conformity of the late Soviet Union.

The solution to this is to banish egalitarianism — which ultimately empowers these monolithic incompetents — and replace it with Social Darwinism, or competition to be better than others, a form of “elitism”:

The word has been taboo for too long in our namby-pamby society where all children are led to believe they have won the egg and spoon race, even when they have come last, because no child is meant to be ‘left behind’.

Letâ€™s be clear about why we need elitism. If we donâ€™t drag our children out of the lefty la-la land of everyone being equal even if they come last, and into the real world of competition, they really will get left behind. Kids in the Far East arenâ€™t being told it doesnâ€™t matter if they lose the school sack race. Theyâ€™re being exhorted to win, strive, learn and improve themselves and in a global economy they will take the prize. – Daily Mail

On both sides of the pond, the victors of WWII are reversing their two centuries of flirtation with rebellion — derived from the 1789 French Revolution — and turning toward conservatism. Why? Because liberalism creates conformity, stagnation, decline and systemic failure of our society.