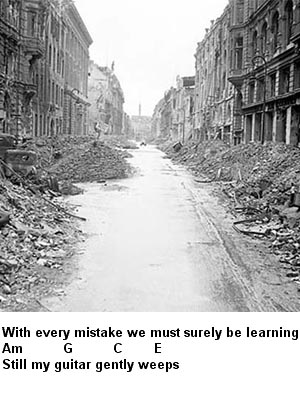 In history class, you read the textbook and listen to the lectures, then get tested. The task is to remember not only facts, but their interpretations in the broader context of history.

We don’t do this (solely) to venerate the past. We teach and study history so that we can avoid past mistakes. However, there’s a hole in this theory.

It’s easy to reprogram the interpretations of facts to lead to future errors. If a caveman goes out on a hunt, and comes back empty-handed, is it because (a) he went during the heat of the day or (b) the camel-god is wrathful?

Let’s stumble through history with humanity:

The Palestinian Ambassador to the United States Maen Rashid Areikat said on Tuesday in Washington that the Palestinian Liberation Organization (PLO)opposes the immediate presence of Jews and gays in an independent Palestinian state, according to reports in The Daily Caller and The Weekly Standard.

When asked by Jamie Weinstein, senior editor and columnist for The Daily Caller, whether a Jew could be elected Mayor of Ramallah in an independent Palestinian state, Areikat said: â€œBut after the experience of 44 years of military occupation and all the conflict and friction, I think it will be in the best interests of the two peoples to be separated first.â€

Areikat added that â€œWell, I personally still believe that as a first step we need to be totally separated, and we can contemplate these issues in the future.â€

In an e-mail to The Jerusalem Post on Wednesday, Weinstein wrote that, “Similar comments coming from an Israeli official would merit worldwide condemnation. But we hear nothing from the world community when the Palestinian ambassador to the US calls for a Jew-free state. – Jerusalem Post

What was the lesson of WWII?

In the public schools, the same places they teach you all sorts of falsehoods, they say that it was a lesson in crushing tyranny.

More astute observers realize WWII was fallout from the French Revolution, and a wave of liberalization across Europe that targeted ethnic states and wanted to make them more like the then-new Soviet Union.

If anything, the lesson of WWII was that our time is defined by a clash between liberals and nationalists.

In Palestine, they are speaking the truth: two ethnic groups cannot occupy the same space.

Oddly, the Israelis are speaking the same truth; they also want to separate from Palestine.

This isn’t about “black crime”; it’s about our lack of an identity, and a standard of values and behavior held in common, when we get rid of ethnic homogeneity.

It’s not socially polite or politically correct to say that, but it’s more honest than blaming minorities for the failing of a stupid concept: diversity.

Maybe this time we will learn from the past.