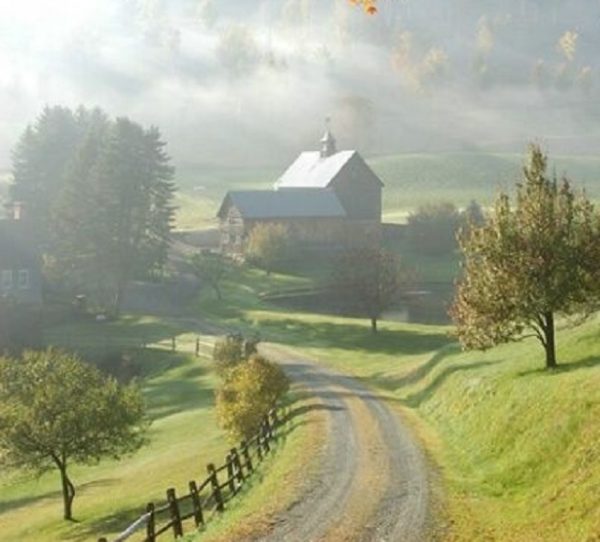 In healthier times, what was meant by the term “good neighborhood” had nuance and depth. That is a contrast to now, where a good neighborhood is one where the slider bar is adjusted toward higher income, and it is assumed that people with money at stake will behave.

But for many of us, money is not enough, especially in these days when diversity officers and nebulous consultants who mastered some obscure government rule are wallowing in cash. We need to know that the people there are good, meaning that they do good things because they have hearts that desire the good, and that our children will grow up there among people you would be happy to see them befriend or marry, not the offspring of five-star bureaucrats who underneath a surface of poise and education are the village fools from generations prior.

A good neighborhood in that viewpoint however is not uniform. People will not be at the same income level, nor will they have the same standards of home care. Some of them may have unfashionable careers or views, a few will have highly visible problems like alcoholism or obesity, and many will simply not be hip. They watch the wrong TV, read the wrong books, and lack many of the words you read in The New Yorker.

Consider instead the modern good neighborhood. Drive in through the digital access gate with facial scanner. When the guardrail lifts, go around the long loop and find the right bronchiole, then go down it until you find the right loop (cul de sacs, the 1970s standby, are passe, even though they gave children a place to play where they were usually safe from cars).

The street will have a unique, piquantly paradoxical and media-ready name: the West African term for “wind river,” a French name for an obscure color paired with an equally obscure Old English name for valley or plain, or perhaps the name of one of the lesser marchers at Selma or Kent State. It will have exactly thirty-eight houses on it, and they will be from design plans trending in the current decade.

In this place, oxymoronic uniformity will reign. The people on the street will have taken different paths to success, but they will all be the same type of personality: a friendly opportunist, confident enough to place himself at the head of the line without looking to see who else is in it, but also adamantly insincere about the goal of his job, his political opinions or religion.

They simply do not care; they want to succeed and this house is part of the framework they build that creates a narrative that defends and asserts themselves. In fact, everything about them is a means to that end. Early Americans talk about being self-made men, but these men and their wives are proud to boast that they were simply the best the system had to offer, and they know the signals they must use to join that club.

For example, not a one will be patriotic. To them, a nation is like a neighborhood: you want a better zip code than West Africa, for example, even as you use their lilting and vibrant tongue for your product names and mission statements. People like themselves — the top of the class, the best rainmakers at work, the people you must know — do not wave flags. They succeed. That alone should be reason enough to keep them around, they think, because it means they beat out everyone else.

The mythos of competition is strong here. People in this group constantly comfort themselves with the knowledge that they are the top of what humanity has to offer. They beat out the rest either through schooling, or at their first jobs, or by starting their own companies. They are not idealists; they do not care if their products saved lives or improved human existence, unless that can be part of their narratives.

But they may pretend at least to be individualists. Each house has a different theme expressed in faÃ§ade, decor and plantings; these also are dualistic, meaning that they pair contrasting notions for ironic effect. From this comes the Renaissance Italian house with Imperial Chinese touches, or the American Colonial merged with Postmodern Bauhaus, or even the modernist angular design paired up with frontier charm.

They construct their identities the same way. These take the form of a “but with” or “one of the few” construction: he is a lawyer, but with a big heart; she is a CPA, one of the few who will take on non-profits dedicated to blind gay amputee orphans; at the end of the block are the couple who are highly successful in business, but with a focus on brainwave patterning to deliver customer satisfaction. Everyone is unique and everyone is the same.

Each however will be quick to assert how much involved with the exotic they are. No two houses are eating the same dinner; it is Japanese-style California Fajitas at one, and Russified Brazilian tapas at another. Each person must have a hobby that is specific to them and unexpected, like collecting antique air raid warning signs or making models of eight-century Guatemalan villages.

A visitor will find these people easy to approach, if and only if this approach is a transaction. For these people, everything they do is a means to their personal image construct and narrative as successful, so they interact with others over business, purchasing the best of everything — especially wine and electronics — and hobbies, but nothing else. Any approach must be an offer to buy, sell or participate.

What this neighborhood offers is comforting uniformity at another level however. Every house is new and maintained with new parts. All of the lawns are curated by professional crews. No one has dangerous political opinions, or anything but bland acceptance mated to an elitism of opportunity exploited, and everyone agrees that this is the best possible life that anyone could lead.

You will not find laws broken here. These are people who are consciously aware of the prerequisites to their success and will not violate them. There is an image to uphold, as well; cars get sold at the six-year point, one year below the seven-year national average age of vehicles on the road. Every house must have a favorite charity, African-American entertainer, and sports team. It is like patriotism of a nouveau culture of the self.

Contrast this to an American neighborhood a generation or two ago. The roads were rambling and the houses were not all the same size and approximate value. Instead, there were small houses for new families and old people, and then a series of steps until you got to the wealthy families who always lived at the far back of the neighborhood, most removed from the road.

People were just people. They had different degrees of education and inclination to do things like read books, travel the world, or know what fondue is. Most of them had an extremely local focus, and their narrative was simply that they were doing roughly with their dads did and that they try to do what is right under the circumstances, and most of the time get it mostly right.

They drove the same cars. Most just went down to whatever dealership had a friendly salesman and bought what was new that year without much dickering. They ate the same kind of stuff.

In these clashing neighborhoods the choice before us is revealed. Ironic uniformity is the modern standard; everyone is different in external appearance but the same in inner motivation. The old way is that everyone is different on both levels, but the focus was on inner development, not caring too much what you had for dinner, hung out on the porch or named the street.

The passing into the foggy deadlands of history for the classic American neighborhood has been much celebrated in the press, mainly because that is what successful people do: out with the old, in with the new, stay current and be successful. And yet, it seems this older style of neighborhood is surging just outside where the CCTV and news cameras watch.

Many of us are realizing now what it truly means to drop out. You have to drop out in your soul. When the culture around you turns to the ersatz lake model — “a mile wide and an inch deep” as my grandfather said, lamenting a promising fishing hole that turned out to be a total bust — people start to want escape as the ultimate form of success.

Dropping out means you do not have to keep buying new stuff to put on your house to make it seem ironic and contemporary. You do not have to memorize stuff to form a personal narrative to convince other people you are successful. And by avoiding that type of social competition, you have more time to focus on your inner self, like your thoughts, morals, preferences and perhaps even soul.

You just move to a good neighborhood, where the people try to do what is right and most of the time get it mostly right. You buy, eat and wear whatever is available. You earn some money, hopefully enough, and think about it twice a year instead of twice an hour. The purpose of life here is to live, not as a means to an end. And for the braver among us, that is not just good enough, but good.