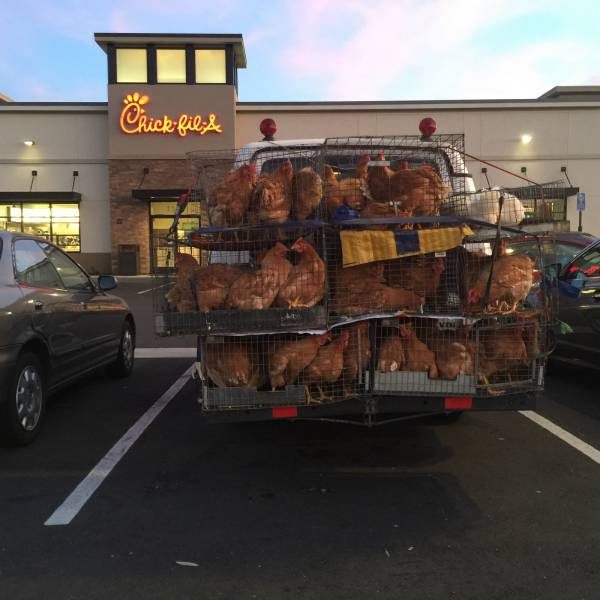 A quick snippet from City Journal on how people make decisions illogically based on personal impulse, not realistic assessment of the task at hand:

The second hypothesis of moral choice is that humans do not think rationally first but that they make quick emotional decisions that their brains later rationalize, composing a narrative in support of the choice. In this â€œemotions-firstâ€ view, rationality is like a lawyer hired to justify decisions made by our feelings. So when psychologists ask one of their cleverly crafted, albeit sometimes weird, moral questionsâ€”is it wrong to have sex with a frozen chicken (if nobody sees you)?â€”we get a gut feeling justifying our answer first (yes, itâ€™s wrong!) and a stream of words justifying it later.

…prospect theory, which explains some common, yet extreme, situations, where neoclassical economic theory failsâ€”for example, when people buy lottery tickets or pay large settlements for frivolous lawsuits. Neoclassical economics fails to explain these situations because it assumes that, in uncertain situations, people will pay the expected value of an item. For instance, in a lottery with 1 million tickets, and a prize of $1 million, neoclassical theory predicts that people should buy tickets only when they cost less than one dollar. In a frivolous lawsuit, where people have only a 1 percent chance of losing $1 million, neoclassical theory predicts that settlements should not be larger than $10,000. But the fact that people buy lottery tickets at prices higher than their expected value, and settle frivolous lawsuits by paying more than their expected loss, tells us that we do not weigh our decisions using their expected economic value, at least in these extreme situations.

Instead, as anyone could guess, the people who the system advances are generally the successful manipulators, all the way up to sociopaths. These know what the audience wants to hear, tells it to them and gets elected, then hides failure and distracts with new free things and outrages to keep the voters distracted. Bread and circuses has taken on a new level of pretense through the pathological altruism, virtue signaling, self-congratulatory righteousness and gift-giving that dominates politics.

Until we recognize that people are generally contra-logical, and that only some have a chance of making these decisions accurately, we are doomed to be ruled by ourselves, a panicked group of monkeys afraid to face real challenges and instead focusing on puffing out their chests, adorning themselves with shiny objects, preening and posturing so to gain personal ground while giving up on hope for the tribe as a whole.