Radical Individualism And The Extremist View Of The Self 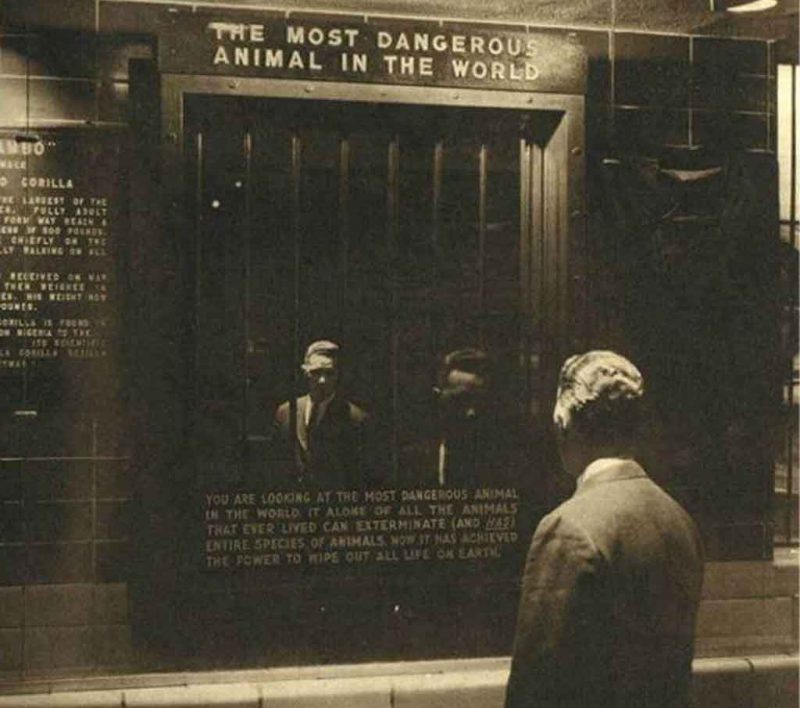 A race of people is like an individual man; until it uses its own talent, takes pride in its own history, expresses its own culture, affirms its own selfhood, it can never fulfill itself. — Malcolm X

Individualism, as applied opposition to collectivism, is a form of extremism. Individualism without limitations is radically destructive on both a societal scale and personal scale. This form of individualism, which defies collectivism, is radical individualism. It is both unnatural and is centered around a philosophy of selfishness. It is also natural, as man tends toward his own destruction, yet this natural tendency toward destruction is often met with social shame and discipline helping to enact the healthier state of man again.

Individualism may succeed within the limits of specific liberty. Liberty does not equate to full-range opportunity, but is confined within specific agreement and law. The agreement and law are to be enforced through collectivism. What the radical individualist mean to do is break the terms and conditions of collective liberty by waging war on the collective mindset, which is a manner of invoking their own idealism and having it forced upon the populace. Radical individualism holds the view that liberty is confined to the greatest minority, of which is claimed as the single individual. This greatest minority holds that liberty, and thus the agreement and law therein, expand beyond their limits reaching over the heads of the collective to suit the agendas and passions of the individual extremist. This form of false individual liberty actually destroys itself by suicide due to its delirious view of the greatest minority holding ultimate meaning and being a law unto itself at the expense of the collective.

Individualism, when inserting higher importance over collectivism, acts as a mechanism of social disorder and a deep form of egoism; as in, it takes the form of a god-like embrace manifesting itself as a higher law above the betterment of the collectivist. Collectivism has threats within its own ranks, which include outsiders who pretend to adhere to the agreement and law of liberty confined within the collectivist hive; though, as they may look and act like the collectivist hive, rather, they are parasitical organisms which mean to act as a virus infecting the host from within and thereby destroying it. This is often accomplished through tactics of disguise and a slow push toward radical individualism while claiming the moral high-ground above the collective. Methods of operation under the guide of propaganda and copy-cat syndrome help motivate the collective hive toward its own destruction by loosening the grip of its collectivism tending toward individual extremism.

Unity is a form of conformity, of which automatically creates adversity. For one man’s unity is another man’s adversity. Universal unity is cowardice, philosophically ill and is the ultimate form of natural totalitarianism. Therefore, as it would be wise to proclaim, it is divisive unity which is an ideal to conform toward. Divisive because it recognizes limitations in collectivism and loyalty; therefore, it holds weight in discrimination as not all are able, or willing, to conform to the standards set through this divisive unity. The adversary, in regards to this conformity toward divisive unity, has many tactics in order to subvert the cohesion of the collective hive. In one scenario, it may disguise itself as one of the collectivist adherences; though, as is also common, it may aim to invoke propaganda envisioning a world of grand majesty through extreme individualism, consumerism propagating lavish lifestyle, and even social rebellion prompted as images of admiration and uniqueness. Therefore, it is wise to address the fact collectivism creates itself a target toward those who seek its destruction through their own gain, whether by resources or other natural destructive tendencies of man asserting dominance and control.

The adversary toward this divisive unity (or even discriminatory loyalty) may be attached to its own form of collectivism; though, this form of collectivism will be veiled from those who may address its agenda of subversion and inner-workings of destroying the collective hive. The adversary may invoke tactics of claiming victimhood in which helps to address its opposition’s divisive unity and weakening its loyalty by invoking pseudo-morality or other anti-collectivist rhetoric. These forms of subversion should be carefully examined by the collectivist as to avoid being entrapped by emotionally-fueled attacks and guilt-riddled moral divisions.

Unity is conformity, but conformity has limitations. Limitations mean discrimination, and so any collectivist hive must adhere to a code of ethics which do not match another man’s form of unity. For that man’s unity may be adversity toward another man’s unity, which means any group claiming universal unity is a defective ghoul seeking power and resources by invoking societal poison hidden under the façade of unity.

Unity is built upon agreement and law confined by specify liberty. Liberty does not equate to individualism of the extremist form, but holds weight in discrimination by means of loyalty to the overall betterment of the individual through its adherence toward collectivism. The rules governing this body of collectivist must not break across the borders of that confined liberty, lest the threat of divisive individualism takes root and begin to spoil the hive. Conformity has limits without fully manifesting totalitarianism, but totalitarianism is absolutely inevitable if the false collectivist claims universality. Universal collectivism is the ultimate form of tyranny.

In summary, it is this: a man is not an island unto himself. He is a piece of a moving organism in which he cannot ever escape. Even one who attempts full isolating may easily be moved into the ego of the masses by coming into contact with it. This is the natural sway of mankind. We are unit like cogs in the machine. Each piece playing his portion in society, whether small or large. To suggest the self can break away from all forms of conformity, and thus living under non-tangible idealism manifesting in physical reality, is to suggest man is his own god-like figure wherein he may do as he pleases while avoiding all forms of consequence by his very existence. This is an absurdity and irrational, philosophically insane worldview. Idealism is idealism because it is not rational or level-headed but another form of fantasy. Though man will always tend toward his own destruction, as is the way of the natural man, it is the better desire he who strives toward unity through conformity in which the agreement and law, bound by specific liberty, is obtained. The other direction, in total contrast to unity, is extremism in the form of the self as the highest law and good unto itself.