Hitting the Wall and Ethnic Admixture at the Same Time 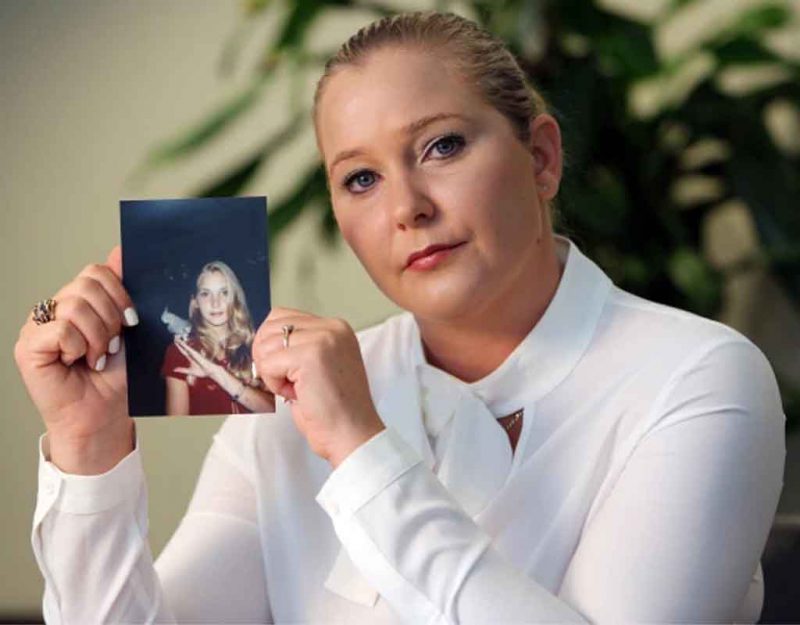 Like many in these days of media overblast, you may have slept through the ongoing Jeffrey Epstein, Ghislaine Maxwell, and Virginia Roberts Giuffre drama. After all, one side thinks we should protect Bill Clinton from his involvement and the other thinks it is a worldwide pedophile conspiracy.

A simpler view presents a more typical scenario: this was a blackmail ring where ring men were invited to party with willing young girls, and only later told “by the way, she is underage and we have pictures.” Either that or they knew and did not care.

The girls, sad to say, were aware of this “Sugar Daddy” relationship and profited by it. They sold sexual favors of some kind for money and presents, and got to have quite an exotic and privileged lifestyle as a result. This is an old, old story.

Their zookeepers either pimped them or used them for straight blackmail, but either way, provided favors in turn, receiving others in response. Epstein waltzed through our legal system while facing very few consequences despite his activities being widely known.

Properly speaking, this is probably not pedophilia, or fetishizing of children; it is more likely the tendency of males since the dawn of time to like young, cheerful, and fertile women for sexual partners, with none of the bitterness and angst that having many miles on the odometer does.

Ironically, the activities of these young ladies put miles on the odometer, but few of them seemed to pull out until they were driven out by getting — in the immortal words of Pedobear — “too old.” Men love teenage girls and while this is perhaps not good behavior, it is predictable.

Then we see Virginia Roberts Giuffre holding a picture of her younger self. She hit The Wall shortly before launching her legal attack on the already-dying Epstein empire; she has a round, plump face and would not get a second look on the street.

This tells us what The Wall really is. It is not some mythical age in the mid-thirties when women cease to be able to breed, but it is the “second puberty” at the midpoint of the fourth decade (34-36) when women stop looking young and start looking like real women.

The bubbly innocence coupled with sexual availability is gone, and they look wiser, harder, and more likely to demand something more than pizza and bong hits for a roll in the hay. In fact, they probably want Commitment, which men fear at that point, since a woman with that many sexual partners is unlikely to permanently bond to a man.

That means, for a man, you get to enjoy the leftovers and still get punished for it. Instead, find yourself a bubbly innocent young thing who is not yet bitter and laden with baggage and needs, and have yourself a good time. Someone else can marry her and pay the price for your deeds.

Giuffre looked at herself in the mirror one morning and realized that she could no longer get free drinks in any bar in town just by dressing in something slinky and smiling wide. She looks like a woman now, and is nowhere near as attractive as she was when young.

Most likely, she has experienced the joy of trace admixture through European ethnic mixing, as we see with her round face and stocky body. When young, she took after her Nordic ancestors; as she has aged, out come the trace Other elements, and you end up with an average, which for humans is a sphere.

Spherical head, spherical body: this is what you get when you mix European ethnic groups and castes. The more we are mixed, the more we look like slightly more spherical Asians, who flattened out in the Asian wilds, possibly for the ability to have fierce facial expressions.

Notice how this woman resembles Julia Stiles, Renee Zellwegger, Jennifer Lawrence and other European celebrities of clearly part-Asian heritage. I use celebrities for convenience of a common reference point.

Many of us have limited sympathy for Giuffre because she was paid for her services back in the day, and the fact that she negotiated a bad contract does not negate this. She was not a victim; she was a participant. Maybe she did not understand what was going on, but she did not exactly research it, either.

The great Epstein-Maxwell takedown shows us another shakedown. The workers are irate that the bosses made huge profits while the workers, who were disposable and interchangeable, got paid relatively little. Now that the bosses have fallen, the workers want more crumbs.

As far as the bigger story goes, we are going to find out that some people got fabulously wealthy during the Leftist kleptocracy, and they did each other “favors” in order to get around tax laws. You know, you visit pedo island, and then hire this guy in this department as a favor to me, that kind of thing.

This shows us not a world pedophile conspiracy, but that democracy is a conspiracy by the bureaucrats against the rest of us. They see us as morons who vote for illusions (this much is true, in their defense) and themselves as the geniuses who learned how to take advantage of it.

Pedo Island will be the first of many revelations about how those enriched by government, its contracts, and the zombie audience of Leftists who prize anyone who preaches class warfare or diversity, made out like bandits and hid their corruption in honoraria and favors.

This is typical of Late Career Democracy, a.k.a. the Lowest Common Denominator.