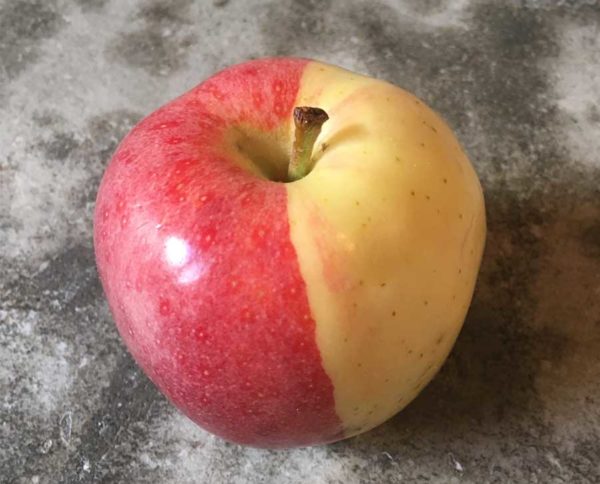 Only Leftists care about “racism.” To a conservative, the fact that some if not most people prefer to live among their own is no more consequential than their choice of shoes or favorite beer. Welcome to freedom, liberty and every other term for allowing innocent choice.

Leftists care about racism because their goal is to destroy. They bargain through collectives, but these are designed to benefit the individual by separating cause and effect, in this case the performance of the individual and the reward it receives from society. An ideal Leftist society is “equal” so that individuals do not have to prove themselves.

That serves as an extension of the decline of societies, in which people fear life more than they are willing to engage with it, so withdraw into human social groups where each person is rewarded merely for being a person, which protects individuals from loss of social status or power because they contribute nothing or are incompetent. This appeals to their fear of being insufficient or inept, and so people are drawn to it because they fundamentally do not believe in their society and have trouble believing in themselves as a result.

The impetus behind this crowd hysteria originates in people rationalizing the decay of their civilization because they lack faith in other people to reward them for doing the right thing instead of the popular thing. At its core is individualism, or the idea that by making the individual part of the group, no one can make that individual anything less than equal to everyone else, which is required for hierarchy and the social order necessary to reverse our decline. In other words, instead of the social order of a thriving civilization, a mob of equals is created so that no individual will be below any other.

As part of this, any attribute which can make someone higher than another must also be destroyed. Their primary target is caste, manifested in the modern “class,” but inherent to the distribution of IQ and moral character through a population. To that end, they must remove religion, race, ethnicity, and even sex so that everyone is finally equal. This is a pathological pursuit which has no ability to reverse itself, sort of like a psychological endgame for civilization, and its appeal to people is that in a world where they feel helpless, they are at least given control over a subset of reality, the human social arena, in which they can feel powerful. This disease exterminates every human group over time through what we call The Human Problem: the tendency of any human group to focus inward on placating its members rather than orienting them toward producing results, which benefit all unequally.

For those who followed all of that, it means that anti-racism is a death impulse by those who wish to destroy civilization because they are underconfident and fear their own ineptitude. Good guys do not engage in anti-racism; they recognize the reality, which is first that people like to be with those like themselves — not just by race but by ethnicity, caste, religion, customs and political outlook — and second that anti-racism seeks to erase the original group through miscegenation in what amounts to a slow and passive-aggressive genocide. This is why conservatives, or at least coherent and realistic ones, do not bother themselves with anti-racism and believe that “racism” does not exist. There are only choices about whom to associate with and where.

In contrast to what the herd tells you, “racism” is not cruelty toward others, but defense of your own group. That requires being the master of other groups or having them be far away. The only way to survive being bred into a hybrid, in fact, is through xenophobia that is systematically and rigorously applied, which requires some amount of demonization of Otherness, although not necessarily any specific other groups. That in turn requires the ability to apply harsh standards to those who are Us, so that what is left are the strong and powerful representatives of that group; if you love something, you prune the weak versions of it so that you get more of the strong.

On a practical level, concerns over racism are dead, for now. The Obama-Ferguson effect — the tendency of minority groups to recognize that a mixed-race group will condescend to them, but not fully include them — manifests in more racial strife, not less, the more concessions are made. In fact, diversity causes every group to begin competing with others because the only way to avoid genocide by miscegenation is to dominate all of the other groups and demonize them to a degree that interbreeding does not occur. However, this current backlash against anti-racism is not a belief in itself, but a frustration with the failed policies that have spent billions over the past fifty years to attempt to fix a problem that is unfixable.

The future for those who care about such antiquated issues as having a civilization and not a giant cultureless mixed-race bazaar can be found in the idea that it is time to start positively nurturing our culture, and withdrawing our focus from specific other groups. What we fixate on, we become; what we tolerate, we get more of. And so instead of being good stupid democracy-bots and trying to herd together as many people as possible, we can focus on the people who have actual ability and reaching them, and then aiming to disenfranchise the rest because like all good zombie voters, they will simply go back to sleep and quite happily vote for any number of pro-diversity items if those are presented with the right soothing language and promises of more social benefits.

Our future lies in snapping out of the modern dream where civilization consists of a government, social engineering and the welfare state, and lacks culture, heritage, customs, and values of its own separate from the ideology of that government. We are here to restore Western Civilization, and we cannot do that through the modern model at all.

The first step in this consists of converting “racism,” as expressed in the media, or ethnic resentment of other groups, into a dogmatic and principled xenophobia, where we stop caring at all about these other groups and whether they are good or not. Even if they are high-IQ angels, we do not want them among us, because any diversity is a path to our genocide.

Instead, we can dedicate our time to understanding who we are, both genetically and as a culture, and then enhancing the attributes of that culture in ourselves and society. This will require removing democracy, individualism, equality, and diversity, but those are only stops on the road to being a greater civilization than ever before.