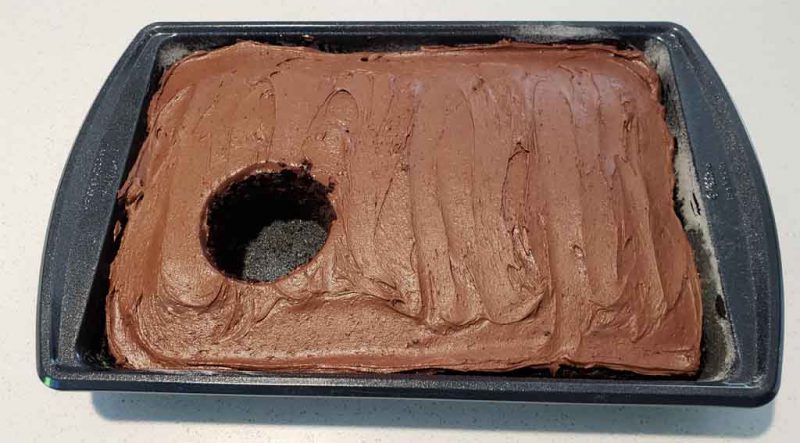 This week has been a fine week to be alive if you follow what goes on in the economy. Facebook got deFAANGed and now the same fate seems to be befalling Twitter.

Twitter reported second-quarter earnings before the bell on Friday:

And, no: I’m not tired of winning yet. But thank you very much for asking. Amazon, on the other hand, is where deviousness meets with some actual business acumen. They’ve barnacled their way on to the hull of the SS Trump and are revving the profit engines like a Harley.

Wall Street is stunned over Amazon’s impressive June quarter earnings results. Analysts say they are growing more confident in Amazon due to its increasing ability to generate more profits from its key opportunities. The e-commerce juggernaut said Thursday it generated second-quarter earnings per share of $5.07, crushing the $2.50 Thomson Reuters consensus. Operating profit margin came in at 5.6 percent versus the 3.2 percent FactSet analyst estimate for the quarter. Its shares were up more than 4 percent in Friday’s premarket session following the report. Goldman Sachs reiterated its buy rating for Amazon shares, citing the company’s rising profit margins.

Ignore the crap you read in Bezos’ blog The Washington Post about democracy dying in darkness. Bezos wants two things. He wants to get paid. He wants to get laid. If you want the bottom layers of Mazlow’s Pyramid filled in solid, nice and tight, you hang with Daddy Trump. There is no better a leveraged investment on the success of economic Trumpism than the current Amazon retail plan. They make more available, in more places and don’t even pay all the taxes or postal fees. And that’s not truly the worst and most toxic fluid spewing forth from the Bezos douche nozzle. They also manipulate our defective immigration system to flood our labor markets with low-cost, low-quality third world labor.

Jeff Bezos is a creep! And his company is staffed by sociopaths. Citizens of Amazonia thank you for your leadership on this cheap Indian H-1B labor open borders issue. Lord Bezos is feeling poor today! Your sacrifice lifts his spirits! Pay no attention to the wastage of your once high trust nation, a pittance to pay for His Lord Bezos’ Prime Happiness and your buttplug instant deliveries. This is the end game of globohomo corporatocracy: American citizenship replaced with Amazonian citizenship, with all the privileges of atomized soul-killing consumerist abandon, designated 15 second pee breaks, wrist sensor location finders, and none of the duties of protecting the border against the ravenous primordial hordes or of preserving the rights enunciated in the First and Second Amendments.

So Donald Trump is actually making quantified, undeniable progress towards exactly what he told us he was going to do when he ran for office. Grow an economy at 4.1% consistently and you double it every thirteen years. Do that twice and we’d need a fat, juicy colony on Mars to hold all the swag. But there’s a clear and present threat to all of this High-T, Kick-ass, Mustaine-Era Metallica Capitalism. That would be the worst and most powerful of the consumerist gods, who appeal to what people want to think is true instead of solid, proven value under capitalism.

The worst of them — the Jeff Bezos, Elon Musk, Heather Bresch and Pharma-Bro scum atop the ocean of business — are engaged in entryism the way parasites invade our bodies via polluted water or dirty food. Jim describes the process via the classic Iowahawk tweet (he seems to have discovered Crowdism).

I don’t know what “pizza” means in the pizzagate emails, other than that it obviously does not mean pizza, but I know what entryism means:

Identify a respected institution.
kill it.
gut it.
wear its carcass as a skin suit, while demanding respect.

Since outsiders have never heard the word “entryism” used, they invented their own word for this: “Barnacling”

This has happened to science, Boy Scouts, The NFL, West Point and numerous other once-great institutions across Amerika. Entryism is the physical mechanism manifesting the Liberal desire to destroy all faith and charity among the bedrock institutions of our nation. The cancer cell has to have an attack-vector somewhere. The termites need a path to reach the foundation. Now the smug, entitled bastards are all aboard. Donald Trump is going to have to kick them off the trolley.

He needs to start by vetoing the DHS Appropriations Bill which contains GOP Kansas cancer cell Kevin Yoder’s increase to the H1B Visa Quota. He needs to make Amazon pay their full postage via the USPS. Amazon needs to pay its damn sales taxes the way law-abiding corporate citizens pay them. Unless, of course, you no longer care whether every Main Street in Amerika is boarded up and out of business. Our nation needs to be reminded that Bezos puts his pants on the same damn way the rest of us do and that his fortune does not make him above the reach of law, custom and decency.

The r-strategy Rabbit Economy is coming unstuck. The K-Strategy Economy of The Great Man is coming home. Amerika could truly be turned back into America, but only if we are properly vigilant in identifying the free riders and mercilessly kicking their sorry butts off the trolley. Elizabeth Holmes, Jack Dorsey and Zuckerface are feckless idiots in the face of monumental change.

The ones we need to be wary of are those that burrow in by using the best of what is given. They must be exposed like Elizabeth Holmes and ostracized from the rest of the herd. Then, on that awesome day, these boll weevils and parasites had better be lacing up their pumped up kicks.