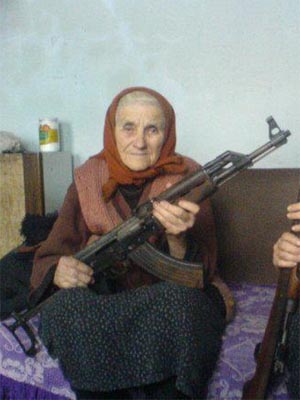 The underlying tension in the men’s rights movement has reached a boil, with PUAs on one side and more comprehensive advocates on the other.

PUAs want you to believe that the symbol is more important than the reality. This way, even if you’re Corner Office Joe with a meaningless job, meaningless apartment, and lack of connection to anything you truly believe in, you’re a Man if you’re out there picking up the sluts and taking them home.

Comprehensive advocates point to the more fundamental problems men face: as the perceived stronger sex, we are discriminated against to the point where our futures have been sabotaged; we are deprived of family through divorce and biased divorce courts; and finally, we are under media assault that seeks to crush our self-esteem.

Why are PUAs and FMRAs similar? Both have adopted this victimhood outlook and defensive strategy. PUAs have given up on making changes for men in society; they figure that since there’s no hope of real change, they might as well get laid and feel like Real Men instead. FMRAs have given up on making change in society, and instead want to make mens’ rights another victim’s group like feminists, rape survivors, etc.

Many of us are cynical about PUAs because they are not a recent phenomenon. They started appearing in the early 1970s, after the hippies brought us “sexual liberation” for political purposes (equality). PUAs have always been men who mysteriously have not succeeded under other circumstances, and who tend to have shattered family lives, but have convinced themselves they are Real Men because they get laid a lot.

In the past, real men did not need symbols to convince themselves of their value. For them, the equation was simpler: they were real men because they acted like real men and did the things real men accomplished, like acts of bravery, keeping families, and being honorable, powerful leaders.

When you give up on that possibility, you can prove yourself as a man either by extreme displays of symbolic manliness (weightlifting, martial arts) or by trying to demonstrate your ego through sex. However, you’re still going about it backwards; instead of being a real man, you’re trying to look like one.

Paul Elam gets to the heart of it:

Itâ€™s a tad ironic, isnâ€™t it, that in a culture where women are slinging ass like free hydro at a Pink Floyd concert, that we have men out here actually selling the idea that getting laid is an â€œartâ€?

Donâ€™t get me wrong. I donâ€™t have anything against the high profile PUAâ€™s and Gamers. I also have a healthy respect for people who can sell designer lint removers when a patch of masking tape and some common sense will work just as well. But it has to be said, must be said, that both of these kinds of sales people are targeting a similar demographic; ignorant, gullible customers.

Since his article is long, I’ll use G.L. Piggy’s far more efficient synopsis:

Elamâ€™s argument is that Gamers wrongly assess their own value through womenâ€™s reactions to them.

Right there is all you need to know.

PUAs define themselves by how women see them.

In the same way, FMRAs define themselves by how feminists act.

Does anyone else see the problem here?

The study of masculinity and what it is to be a man could take thousands of pages. The basic idea however is that men are defined by how they lead and keep the team together. Of the two complementary gender principles, the masculine is that which projects and asserts. It is aggression against potential problems and a supportive but rigid foundation to civilization itself.

This masculine principle is entirely destroyed by making it a slave to what sluts in bars think, or what feminists think. It would be hard to find a less competent audience.

(Women have another role which is that they are the masters of adaptation and the weavers of details. They take the rough draft of masculine projection and apply it, weaving in all the stuff that falls between the cracks and making sense of all the contradictions. Without women, men are lost, but only to the degree that women are also lost without men.)

PUAs and FMRAs are the dropouts of the men’s rights movement. They have stopped agitating for men’s roles and started instead demanding compensation. What’s the difference? Roles are activities reserved for you which you try to fulfill to the best of your ability. Compensation are the toys, trinkets and short-lived pleasures you seek if you cannot have a role.

While our friends are busy tossing around sex as proof of their masculinity, in the time-honored tradition of those who stay home from battles and hide in the bushes to avoid facing their ex-wives, real issues confront men:

According to The New York Times, Dieter Krombach was married to Bamberski’s ex-wife, and hence stepfather to 14-year-old Kalinka. French police say the German doctor raped and then killed his stepdaughter at his home in Germany. But Krombach has resisted French officials’ requests that he come into their country for questioning for the past 29 years. The German government, claiming there isn’t sufficient evidence to suggest he played a role in the girl’s death, has likewise refused to extradite him.

You do not need some kind of lengthy argument or “proof” (almost no one using this term understands it) to see the obvious here: real issues confront men; PUA and FMRA run away from those issues. In addition, what defines us as men is that we are not the whining passive victims that PUAs and FMRAs, by defining themselves through how women react to them, apparently are.

You never get far by allowing your opponent to dictate your responses. If you make your actions depend on what the other guy does, he (or she) has the upper hand. Pathetically, this is what PUAs/FMRAs want to do to men’s rights as a movement: make it a bitch to feminism and the cult of anti-masculinity.

Men’s Rights remains a new field because it only exists since feminism has triumphed in the media, the courts and the social sphere. However, if you’re going to fight, fight to win, instead of looking for some way you can avoid that burden and hang out in bars with mentally defective women instead.

Backlash against globalism | The Rainbow Death