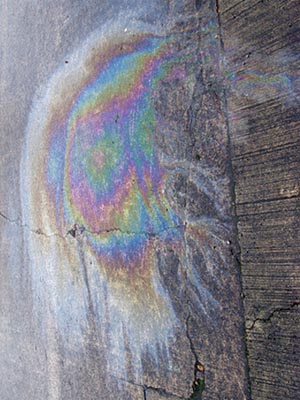 “Long, long ago, it is said, there was a mighty civilization, where we now sit.
Beneath our feet, throughout this forest, lay an endless glory of buildings, the likes of which we have never seen.

It was a place of miracles, where a man might live past eighty years, enjoying riches beyond imagining. There was food, all year round. Heat without fire. Great distances could be traveled without walking.
Men could speak to other men, over vast distances. The image of their faces could be seen, by others, over many leagues.”

The assembled children, and a few old women, stared at the shaman, wide-eyed, as they always did, when he told this tale, although he had told it many times before. As had shamans before him, too. For with each new year, there would be born a few new children, and so, in its time, the tale would be retold, that all should know of it.

A gasp of perennial astonishment rippled among the audience, as they tried, and failed, to imagine this mystery.

“Men flew like birds, through the sky,” continued the shaman. “Gleaming birds, as big as a whale. A time of wonder. A time of magic.
With such power in their grasp, those people should still be here now. That they are not, has puzzled our tribe, for generations.Â  For their tribe was not like ours, as we are not like them.
There were a few, it is said, that were as we are. Light of skin, with faces similar to our own. But alongside these, were a multitude of different peoples, with different ways, and different appearances. It is uncertain how this came to be. As many things remain unclear, after so much time has passed.”

A child squalled, briefly, as its mother shifted her position. The wind sent icy fingers through the trees. Shadows of orange and yellow played over the earnest faces, young and old, alike.

“What is not known, is the manner of their passing. With so much, what could have happened? Our wisest men have pondered this, for generations. How Gods could vanish, leaving so few remains upon our lands. This, we may never knowâ€¦”

The shaman stopped, suddenly, his mouth still open, and it felt to him as if in all these years of telling, and retelling The Legend, that he had been deaf, dumb and blind. His eyes flared wide, his mouth snapped shut, and he leaped to his feet as if his years were but months. He cast his eyes around, from face to face, his breathing quickened. He raised his arms and spoke in a voice never heard beforeâ€¦

“The Death claimed the Gods. The Rainbow Death! Children given the power of men. Women too. The power of men removed from men. Men loved other men, and were given power for this. Women loved other women, and were given power for this. Boys taught to love other boys and be rewarded for this. Girls too.
The ancient laws all overturned, and made punishable.
Enemies imported and given power over men.
Enemies placed above the men.
None of them wanting, any more, to hunt, build, forage or cultivate. All expecting to live without making it so. Ahhhâ€¦”

The shaman stopped, and there was silence. The scene lay frozen, but for the flickering shadows cast by the central fire.

The silence deepened, as the shaman saw his vision, and grasped for understanding. Finally he spoke, his voice the voice of reason, once more.

“They died because they did not care about living. Life, to them, became so lacking in value, that they simply stopped living.”

He stopped, again, as he decided what he must do, with this new revelation.
Here was nothing to be revered and retold. This was ugliness beyond ugly. There was no good in it.
It was time to let the age of wonder go. This time, forever.
With great sadness, and great resolve, he gathered himself and spoke one last time.

“The Gods were not Gods at all. They were less than us. They were finished with living, long before they no longer lived. They fell from The Way, and did not care. And so they died.
This, I know, is the way of it, for I have seen it, finally.
And so, each one of us, may give these ghosts their final rest.
By never speaking of them again.
Our lives are hard, and our rewards are few. We must toil to live, and live to toil.
Yet in this, we are richer, by far, than the ancients. For we know this thing, while they allowed themselves to forget.
So, henceforth, we will tell this tale no more. We will begin history again, and honour our own accomplishments. For it is certain, that none of the wonders the ancients possessed, could prevent their complete extinction.”

He smiled at each face, in turn, moving slowly around the circle. Nodding to each. Taking his time.

“This, and only this, is what is important,” he finished. “Our tribe. Our children. Our circle. Our fire.”