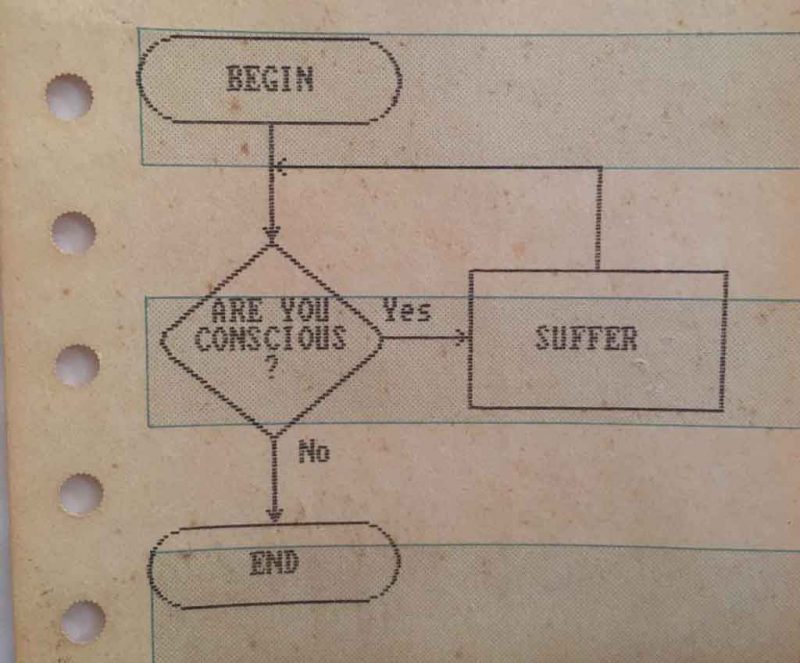 We who remain among the shattered rubble of a formerly great civilization tend to underestimate our opposition. They say they are altruists, so we assume that they are altruists; they claim to want the best for us, so we accept that explanation.

These people are more likely what were described by the popular term “psychic vampires” in the 1980s, or basically people who derived their only sense of self-importance from the destruction of others.

Individuals of this nature specialized in hanging around hot nightspots or hip neighborhoods and essentially deriding anyone they encountered. When they saw the look of being broken in the eyes of the other, they felt a fleeting sense of arbitrary power.

If we sorted human behavior by frequency, bullying would be near the top because it is how people gain social status without actually doing anything important. If you cannot create, you bully, and when you push someone lower, you seem more important.

Bullies never realize that they are fighting over maybe a quarter of the social landscape. You cannot rise by pushing others lower, although you maintain a position above them; those who actually rise do it by demonstrating competence or making the world better.

However, in the cluster of losers, bullies rise to the top of the heap through simple cruelty. They have no hope of actually rising, so they content themselves with climbing to the highest position within the muck and proclaiming themselves kings.

Future historians will record as fact the observation that the Left are entirely bullies, or parasites who derive their energy from crushing others. In nature, bullies are used to enforce social standards; under Leftism, they are used to destroy those who want standards.

The principle of the Left is the individual standing alone. No family, gods, nature, or logic comes in the way of what he wants to make himself feel a positive mental state right now. Bullies enforce this because they are lost souls who feel bad about themselves.

When you feel bad about yourself, you can either correct the problem or attempt palliative/symptomatic care with drugs, drink, food, sex, shopping, or bullying. Each gives you a momentary lift and then drops you so that you need more. This makes them addictive.

At some point, the bully can no longer content himself with tears. He must see blood. When that is unsatisfying, he desires to kill, thinking that by taking the life of another he will have the ultimate power. Moronic serial killers adore this idea.

The Left have entered the final stage of their grand plan. As bullies, they now want to kill us so that we may serve them in the afterlife, or whatever facsimile of that which Leftists employ. They will not be happy until we are destroyed.

Provoked by the realization that conservatives and Leftists want two entirely different civilizations, this endgame consists of the usual gambit of the bully: he makes his threat, certain that his victim will not risk pain in order to challenge him.

Instead, in 2016 the victims rose up against their bullies, correctly intuiting (finally) that the bullies were not very bright, very unstable, and secretly miserable. Now that their secret is out, they mean to end this game the old fashioned way, in rivers of blood.