Projection And Fatalism: Two Sides Of The Same Negativity 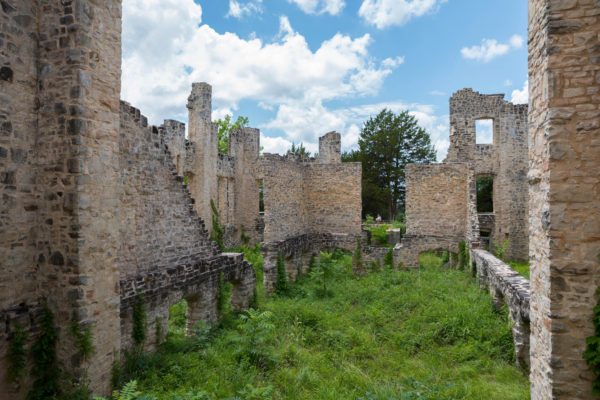 Wherein, within us, does the failing of the West originate on a psychological level?

On one hand, there is projection. People sitting in comfortable chairs — suburban housewives, basement neckbeards, and people in cubicle jobs with fifteen minutes of work to do each day — project themselves onto those who are having troubles. The root of this projection is that both parties share the same scapegoat: it is not me, it is society. I could be anything, but instead I am here, unsatisfied with my life.

The other extreme comes from those who are more successful and productive, but still see no hope. They work jobs, they take home paychecks, and then watch everything trickle out the door in taxes, endless failing and broken products, insurance payments and bundles of cash to industries protected by regulation. In order to not feel bad about this, they give up inside, and conclude that everything is bad and always was bad, so there is no point doing anything about it.

The first group are mostly liberal, and the latter group mostly conservatives. Mom weeps over dead AIDS orphans she saw on television; big brother is active in civil rights; little sister is active in feminism so she can get a good job and “be independent”; Dad comes home, curses at the television, then gets a six-pack and retreats to the garage where he can indulge in a hobby he — like at his job — no longer believes in.

This is the sign of an existentially miserable experience, where existential is used in the philosophical sense to mean questions about the value of life and the quality of the journey it offers. When people feel life gives them nothing to aspire to and enjoy as a deep-soul pleasure in the face of death, they become miserable, and then destructive. Dad gives up on changing anything; Mom ignores the real problems in favor of the emotional distractions; brother and sister just want to escape the hell of the suburbs and move to the city, where everything is worse but they cannot admit that because to do so is to admit failure.

The root of these behaviors — and what they perpetuate in exponential cycles — is a lack of faith in the goodness of life itself and the possibility that our existence can be pleasurable in any way that is deeper than bodily sensation. They implicate a belief in a lack of meaning to existence, and therefore, a need to engage in compensatory behaviors to make up for that loss, which in turn creates a victimhood complex.

This psychology begins in the success of societies. When civilizations thrive, they enable those who could not otherwise thrive to reproduce; these, being less capable, naturally reproduce at greater rates (the r-strategy) and thanks to the improvements created by advanced civilization, more of those survive. Soon the society drowns in purposeless people who want to bring others down to their level, inevitably using a series of individualistic and egalitarian philosophies.

A solution can be found to this condition, but it requires re-purposing society so that it has a goal. Goals outside of ourselves are the only way to find meaning in life. When the despondent take over society, the first thing they do is remove goals, because those interfere with compensatory behaviors. The successful people in society, including the good ones, will not agree on this goal unless it does not contain subsidies for the despondent, which makes it politically non viable except under extreme conditions.