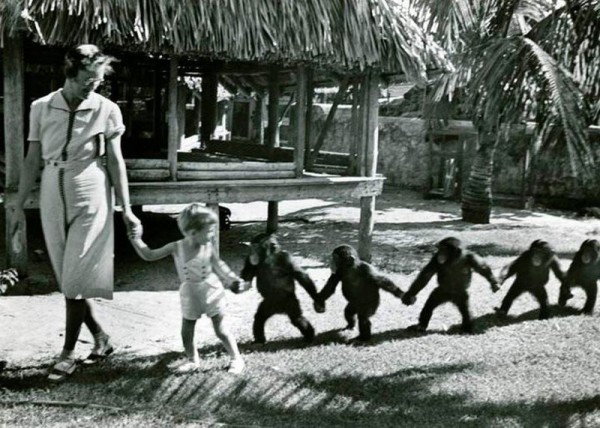 I just finished a semester of the most manipulative propaganda conceivable.

As a medical student, I have encountered the American education machine and its propaganda on both an academic and a personal level. Not only was it vile in its attempts to shape young minds toward a clear agenda, but it was also corrupt in its tendency to omit, downplay or ignore information that did not fit with the narrative. On top of that, the academic staff ferreted out and persecuted dissenters, so that the only option for a student who wanted to continue being a student was to nod, smile and (gulp) wolf it down.

One of our teachers literally kills whitey for a living. He is some ethics guy who is involved in determining who gets transplants. He said that they quantified it and in a nutshell, younger white men tend to have the best survival with organ transplants (they give the most organ transplants, being responsible, healthy and altruistic). That was unfair, he thought, so he decided to move for them to give more womens and browns organs even though over all more humans die with that strategy.

He, an old white man, literally said “given a choice between max survival rates and killing whitey, I prefer to kill whitey.” He said this to his students. Then he watched, to see if anyone objected. And while they tell us that our grades are standardized, we are no fools. Any portion of our testing that is not pure Scantron can be graded “subjectively,” which is a euphemism for “truth optional.” Assignments can be lost. And teachers have optional participation grades they can use to drop us a half-letter if we are politically non-compliant.

One of the questions on this teacher’s exam was the following almost verbatim:

“One individual you know is more or less conservative and thinks very negatively of the ideas of social justice and human equality. He considers his position quite reasonable and well thought out. When he discusses his ideas with others, he accuses them of hidden agendas and bias. Which Freudian defense mechanism is he relying on?”

The correct answer is “projection,” of course. That isn’t even how projection works, but what do they care? They just have to push their agenda, truth is a distant second. The point is to — like their Soviet forebears — categorize anything but liberal thought as a mental health disorder. They want to grind it into our heads like everything else they teach us so that in our overworked future lives, it becomes a knee-jerk reaction. Liberal good, anything else ignorant, insane and cowardly.

Throughout the course I was sickened by the overt Marxism with which we were being indoctrinated. All printed materials referred to the default doctor or patient as she/her, and we were taught that the fundamental principle of insurance is wealth redistribution. That’s funny, my good friend out here worked in insurance and he was under the impression it was to spread risk, not to effect communism. The point is for the teachers to spin everything toward a liberal explanation, so that our only way of understanding the world is liberal theory, so that when we encounter the unknown, we project liberal theory onto it.

By the time I am a practicing doctor, these ideas will be the party line in public. They are no longer the domain of 60s radicals, but mainstream, with government, academia, media and celebrities arm-in-arm singing them out as a kind of People’s Liberation Chorus. My fellow classmates, who lack my introspective tendencies and background in theory other than liberalism, will accept these ideas wholesale. And why should they not? In the nu-America, you get ahead by conforming not to culture, but ideology.

This country is turning into Brezhnevland.

During our next term, we have a class with a very substantial lab component. Prior terms had us assigned to lab groups, but this term we are advised to freely choose our own groups, yay! Sort of. Each group of eight must contain at least three women and be “ethnically diverse.” That is the requirement imposed on us by the teachers; if we do not conform, we fail and end up with a vast amount of student loan debt with nothing to show for it.

The insidious nature of this requirement hides behind the illusion of choice. Normally, teachers would choose the groups themselves and ensure that the right distribution of minorities and women was present in each. But that does not teach us the real lesson they want us to learn, does it? The lesson is: conform to the politically correct, or you will fail in life. That is why they demanded that we choose the group. Education consists of repeated behaviors that become instinct. They are training our instincts to always select diverse groups, without even thinking about it.

It also allows them to claim that the students “chose” to be diverse. They can show their little Potemkin village to visitors, who will notice that each group is appropriately diverse. In their minds, they will make a little check-mark on their list: diversity is working OK here. The students will infer that this was their own choice, and then justify it by claiming it was what they wanted all along, because their only other choice is to admit they were forced to do it. They are too proud fo that, and their ego will lead them to claim the ideas of another as their own.

The awards for the groups actually rate on level of diversity. They are literally offering feelgoods for us to offer proof that their retarded idea actually works, and that diverse lab groups are more effective than homogenous lab groups. Never mind that if we are actually all equal, a diverse group will work just as well as a non-diverse group and vice-versa. They know that diversity is a failure. They want to force us to accept it anyway, to humble ourselves and by giving up on our pride in independent thinking, to become good little ideological robots like they are.

In Brezhnevland, everyone will be judged by degree of ideological conformity. Today it is diversity; tomorrow it is diversity and promiscuity; next it will be killing off dissidents, or anything else they need. They want nerve endings they can touch with an electrode and see them twitch the same way every time. That way, when liberal high command makes an order, all of us obey exactly as intended. Power will be absolute. And, we will be extensively trained in the most important art, which is “not noticing” where the narrative fails.

They taught us extensively about the horrors of “paternalism,” where “doctor knows best” and the doctors simply followed their judgment and ignored silly patient nonsense. They used as a prime example some 1960s case where a 16-year-old girl got on oral birth control without telling her parents and the doctor let her dad know, saying he “feared for her moral health.”

Being a slut is a human right! You should be able to let all the boys you want raw dog you without daddy even getting to know, much less disapprove!

So from there on, we were taught how we shouldn’t presume our way is best, and how we should ask the patient what they think is wrong and what they think the treatment ought to be and go from there. Equality means that every individual is right, which is a backdoor way of insisting that there is no right and wrong because only the ideology and the narrative are true. Everything else is reality-optional.

We had to watch a video where a Hmong family wanted to try a tribal rite to cure a six-year-old girl’s heart defect by tying a white ribbon around her wrist while people bowed and chanted in front of a tree. We were taught to pretend that their silly nonsense is working, and simultaneously apply medical science to actually cure the problem. Then to let them attribute their kid’s survival to the plant worship. Never, ever tell them that their idea is retarded. Always affirm the delusion, unless of course it contradicts the narrative.

This is where the Potemkin village nature of our society reveals itself: there are always two layers, a public image surface and an underlying agenda of control. On the surface, we accept and even praise the magic ritual and diversity. Underneath, the real goal is to make everyone into robots so that our overlords can rule with an iron hand. They do not want thought and they do not care about competence. They want obedience. That is all their ideology amounts to, because all the “altruistic” stuff is just the surface layer. The real goal is total control.

Later in the class, they taught us a story about the origins of the Hippocratic oath. Hippocrates oversaw a group which intermixed healing arts with religious ideas. They took an oath of secrecy to never reveal anything about how the body actually works to their patients, ever. It sounds odd, but seeing how medicine has become corrupted in the hands of academia, I’m beginning to think it was a great idea.

“I can breathe again! How’d you do it, doc?”
“Magic! And if you don’t comply perfectly, the gods will put a curse on you!”

Looking at the behavior of my teachers and fellow students, Hippocrates makes more sense to me. Knowledge should go only to those who have the wisdom to use it. My teachers, as leftist zombies who are clearly in denial of history and common sense, are bending “the truth” to fit their own narrative. They are moral degenerates who do not deserve positions of authority. Hippocrates would have told them that healing was magic and sent them back to the only job appropriate for people that callow, manipulative and foolish, which is picking crops in the fields. They are white but they should be slaves.

I think Hippocrates was a swell guy and we should bring back more of his ideas. Maybe start by removing Google and Wikipedia from general public access. Maybe start teaching good info only in Latin and never allow commoners to learn it. The ancients were right again, and when we arrogantly assume we can do better, we end up with forced diversity and magic rituals being validated in the name of medicine, all so that nu-Brezhnevland can keep its citizens under control.