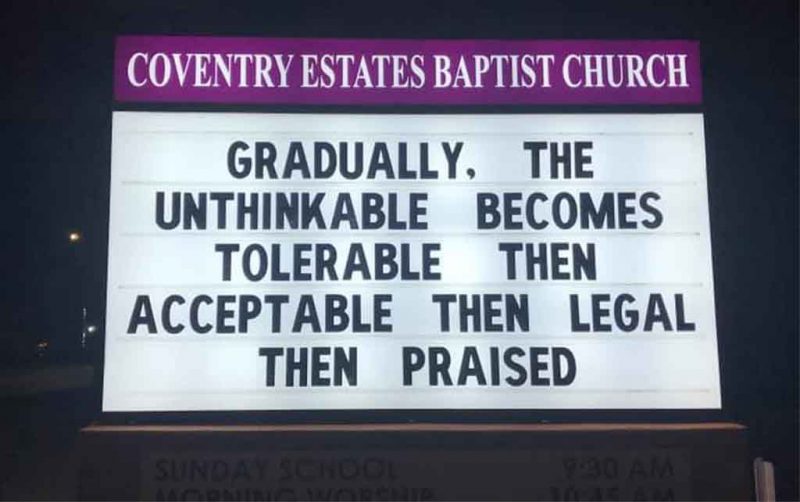 Part and parcel to the putrid moral rot of the Modern West has been our obsequious tolerance of oleaginous grubs in office. As long as these pseudosapient sybarites aren’t parasitic in nature, we park them in politics in hopes that they won’t break things that they can’t either eat or pay for.

Yet eventually, they become too corrupt, too self-dealing and too contemptuous of those who they deign to command. Then they have to go. Their unending line of
inbred Spanish Hapsburg mental cases must end.

Angela Merkel has concluded that her well-laid succession plans are a bust. The German chancellor’s heir apparent, Annegret Kramp-Karrenbauer, has seen her popularity slide since taking over as leader of the Christian Democratic Union in December, roiled the party with a failed effort to accelerate Merkel’s exit, and on Sunday oversaw the CDU’s worst ever result in a national election. All that has persuaded Merkel that Kramp-Karrenbauer may not be up to the job, according to two officials with knowledge of her thinking. As a result, the chancellor is more determined than ever to stay in power until her term ends in 2021, the officials said.

So the odious slugs of lucre and misrepresentation blame one another as the intelligent people either vote their phylum or drop off the grid altogether. The recent EU elections featured entire groups of people sought the representation of parties who will actually represent them, rather than a global elite that seeks to centrally plan them out of existence.

With almost all regions counted, the Brexit Party is in the clear lead after winning around one-third of the vote and projected to have gained 29 seats. In a distant second, the pro-Remain Liberal Democrats won 15 seats, while the new Change UK (CUK), established solely to stop Brexit, failed to gain a single seat. “Never before in British politics has a party just 6 weeks old won a national election,” Mr Farage posted to Twitter Monday morning. “If Britain does not leave the EU on October 31st, these results will be repeated at a general election. “History has been made. This is just the beginning.”

On the other end of that leadership steelyard is a loathsome, status quo, boot-licking, globalist toady. A veritable rock of gelatin-jello. An odius skunk with the stink of reprobate fear. A man so unmanly that he would unman others out of envy. A man clearly deserving to be roasted over the hellfires until his layers of ambergris sizzle and pop from the flamekiss. That
pathetic excuse of a leader would deliver a homily that went something like this.

“But the problem is not that we have doubts and fears. The problem is when they condition our way of thinking and acting to the point of making us intolerant, closed and perhaps even – without realising it – racist,” he added. “Today’s world is increasingly becoming more elitist and cruel towards the excluded,” the Argentinian said in his message titled “It is not just about migrants”. “Wars only affect some regions of the world, yet weapons of war are produced and sold in other regions which are then unwilling to take in the refugees produced by these conflicts,” he added.

Ah, yes. Antipope Francis again blames and insults the people he was elevated in order to save and protect. “If you love me,” Said Jesus to Peter. “Feed my sheep.” Pope Francis follows a long line of men who have assumed that mandate the way an Army Battalion Commander accepts the unit flag and the charge and charter of command. Peter was the rock upon which Jesus built his church. Those who followed in Peter’s position were later referred to as Popes. They were to be the steadfast wall that sheltered all those who believed.

Some, like John Paul II, saved entire races and nations from Leftism and hate. Others fathered twelve different illegitimate children with more than one partner while living in the Vatican. The variance in character and ability has spanned a wide range of outcomes over the history of the Petrine Ministry. Yet Antipope Francis is truly something unique and genuinely vile. Popes have declined to believe in God before, but Francis has to be the first one to hate God’s guts on a personal and visceral level. The man has literally come to power in the West in order to kill it’s people and pee on their corpses.

Pope Francis is boringly reminiscent of the cheesy, cardboard Anti-Christ from the execrable Left Behind novels. Francis is Snidely Whiplash with no debonair flair for the wardrobe and grand gesture. He was born to be a middling bureaucrat at best and then elevated far above his true level of virtue or competence. He looks down on those he preaches to with a sniggering, disingenuous contempt.. When he hears the command to feed The Lord’s sheep; he immediately looks forward to feeding them to the ravenous wolves. The Europe of Pope Francis and Angela Merkel both was on diverse and vibrant display when the party-goers of Cologne got forcibly treated to the sexual morays of Gomorrah.

Rome, Berlin and Paris of old are anathema to Europe’s new ruling class. Nowhere is this made any more obvious than when Antipope Francis calls people racists for not wanting their daughters to end like the rape victims in Cologne. It seems he has all the sympathy for these rape victims that you could expect from
The Reverend Martin Luther King, Jr.

As long as sick and depraved men like Francis are allowed to lead, we are going to have the churches, political institutions and societies we all deserve to be enslaved by and slowly die in. Those who truly seek freedom must hold an exorcism. Expect no greatness from a man who deserves to be known as Pontifex Minimus.