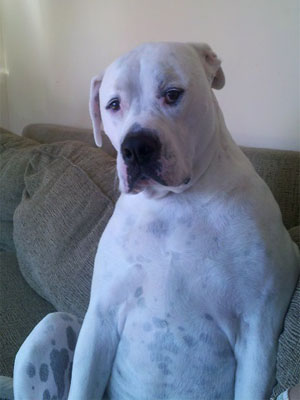 A simple fact of life: people with bad intent will generally recommend things that produce bad results. We are taught to disregard this fact because there are vultures and parasites all around us who benefit from our ignorance.

In politics, a specialized class of people exists to convince us that politics is complicated and separate from all other things, thus we need those same experts to make sense of it. In reality however, politics is not rocket science; it’s the study of how people motivate each other to work together as a group.

They are desperate to convince us to deconstruct politics, or separate it from any other cause and effect relationship than itself. In their view, politics causes itself and its only effects are the ones it intends. They want us to see this as an isolated and specialized definition.

The grim fact is that all of us are political experts. Whether it’s conning the kids into eating their vegetables, or getting a group of distracted people to decide on a restaurant for lunch, we the everyday people are aware of politics. We deal with it at school, in jobs, in families and in non-profit activities.

As such, we are aware that politics is never the cause of itself. Other things cause people to have political outlooks. Very few people listen to a pure ideology and think it’s ideal. Instead they hear it and think: “This explains my failings as not mine, so I’ll take it” or “This seems to give purpose to my life.”

One other thing: they use politics as a way to vent their misery. If someone has a broken home life, they’re going to act out rage against their parents. If they have a failed relationship, they’re angry at people whose marriages have not failed, and they’ll act that out too.

This leads us to the salient point: an ugly life, or a nagging feeling of pointlessness, will compel people to become politically active, but they will be motivated by the worst emotions that humans express. Revenge makes them subvert what they cannot have, envy makes them steal, and misery encourages them to endorse social chaos.

Modern society is unlike any other kind of society in that it is all-enwrapping. To us, prior societies seemed to let people fall between the gaps. Our goal is to have a plan for every contingency and a rule for every variation. This way, no one is unmanaged. Everything is orderly and under control.

This means that there are two types of people in this society: first, those who are obedient to the order, and do what it says. Second, those who are not obedient, and who do not depend on it. However, both of these groups have the same day-to-day experience, but radically different psychological responses to it.

Take the workplace. Your average job is boring because it is dumbed-down so that no one exceptional is required to do it. The most they require are that you jump through a series of expensive and time-consuming educational hoops. But what they don’t want is any kind of unique skill set or mental ability like leadership or judgment. Those are hard to replace and that makes the company dependent on the individual.

As a result of this interchangeability, the average job is mechanistic and simplified. It often entails only a few hours of actual performance per week, but lots of attendance. Attend meetings, attend training, attend to details like your time sheet, your boss conference, and so forth. Jobs are boring and resemble jail except that you get paid.

The obedient person in a horrifically boring job faces a dilemma of two inputs. Their job is boring, but their self-esteem needs to be fed. They can either recognize that the jobs sucks and they’re miserable or, through a mental dysfunction known as “cognitive dissonance,” decide to consider the job a positive thing and support it.

However, there’s a problem with this sleight-of-hand. It causes this person to not only expect that life will be boring and pointless like their job, but to value that outcome. They will fight anything else, because if an alternative to that ugliness is found, it will make the person look like a fool for supporting it.

Jobs in the modern time are jails and there’s no point debating it. As interchangeable cogs, people are required to attend more than be proficient. They are easily replaced. The slow pace of jobs means lots of sitting around but also requires people to look busy. Thus it’s like a form of hell where one is condemned to activity without reward.

The lucky ones get popped to the top of the stack to be doctors, lawyers, architects or generals. However, the paperwork that invades these disciplines makes such people become hateful, because their experience of life is that less competent people force them to do stupid things in order to honor the idea of token equality.

All of this adds up to humans tormenting each other and yet very few escape, which makes almost all of them either obedient tools or angry drop-outs. And they take out this frustration on politics, in addition to one each other. Perhaps the beginnings of our cure for political mayhem lies in making daily life less ugly.