Pluralism is a zombie virus 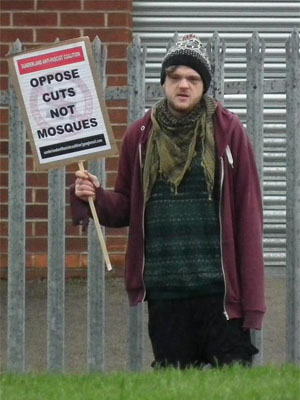 Liberalism and the liberal democratic era are defined by what made them different from all that went before: egalitarianism, or the idea that all people are equal. This means that they have individual “freedom,” or the choice of their own destiny, beliefs, etc. instead of society deciding for them.

What this creates is called pluralism, or the idea that multiple viewpoints can coexist within the same society. On the surface, this sounds great; people disagree and can’t agree, so we agree to disagree. Except that then no agreement is reached, which means that the society exists in a perpetual default state of compromise, which always means keep doing what it had been doing.

Pluralism requires that there cannot be a single social standard. In theory, this would lead to some overlapping standards being accepted among all parties. However, the nature of pluralism itself is to be unified in only one thing, which is opposing all that which does not accept pluralism. As a result, it seeks out standards to destroy. In the hands of people hoping to get noticed for being good people, pluralism becomes a voracious virus.

What kind of government works best in pluralism? It cannot be a government that enforces social standards, such as marriage or lack of drug use. It can perhaps make safety recommendations, and require bicycle helmets and warnings on cigarettes. “Objective” data seems to be beyond the reach of pluralism, unless it contradicts pluralism. The government cannot however mandate any values system beyond what medicine and science strongly recommend.

This leaves only the most basic functions of government, on the level of maintaining roads, infrastructure and the military. What about schools? For now, it seems to work. But values conflict. It turns out that rural Christians are not the only ones to object to evolution, or the teaching of human sexuality. In addition, many groups disagree with the way history is taught, viewing it as perpetually marginalizing someone (and if you try to teach all the marginalized histories, you won’t have a clear main narrative, leading to history being incoherent).

In translation, this means that the best government for pluralism is one that enforces prompt payment, collects rents, stops thefts and assaults, keeps the floors clean and guarantees parking. What does this describe? It’s a shopping mall. A giant shopping mall named after a nation that went before, but now it has a justification for itself, which is the assumption that pluralism is a universal good.

What people don’t understand is that pluralism is a zero-sum game. That is, to grant someone else the ability to believe denies you the right to believe, because now your belief cannot be a social standard. That means it is compromised away, and in the process, is replaced with a society of pluralism, which reflects no one’s actual values.

The rugged individualist types claim it doesn’t influence them, but they’re thinking in the short term. What kind of society will raise your kids? Who will they find to befriend, work with and marry? Those people will inject the value of no value into them. Even more, all of us will have to live in the society of no standards, and will have to inherit its consequences.

What are those consequences? Pluralism has no goal, except endless compromise. This cuts out everything but the mall cop functions above, entertainment and profit. As a result, once you embark on the pluralist path, your society is on a steady downward curve which removes social standards, ideals and shared values at every step. Eventually you have anarchy with free markets and mall cops.

Some say this is a great thing. No one is stopping you from doing what you want. However, you don’t get the society you want — that’s the zero-sum game part above — and as a result, you are always adapting to the social chaos of others. You’re working around the guys next door doing meth, the people at the mall sacrificing animals, the polyamorist intergenerational love sect that thrives downtown, and people who want to kill you for your beliefs which differ from theirs. In short, pluralism transforms your society from a place oriented toward positive goals toward a place which is hostile to any goals except pluralism.

Those with functional brains have spent the years since 1789 trying to come up with ways to defeat pluralism. All have worked to some degree, but none have stopped it. The answer is that it’s time to attack pluralism itself. Shatter the idea that we can all have society as we want it. Point out that no one gets what they want, and we all get a giant shopping mall instead. Show how pluralism is like an endless committee meeting, leading to inevitable compromise and further hacked-up, taped-together, nonsense “solutions” that are only popular because they’re easier than thinking of real solutions.

We have indulged the sick lie underlying this society for long enough. We can’t all have it our own way; we need to work together, to cooperate on values, and to have social standards, or social chaos means we spend most of our time defending ourselves and our families against our own society. It is not that elements of pluralism, like gay marriage, are bad, although they may be; the real issue is that pluralism itself is destructive, illogical, immoral and hateful, and until we stop it, it will ride us into the grave of our civilization.