Attack of the hive mind 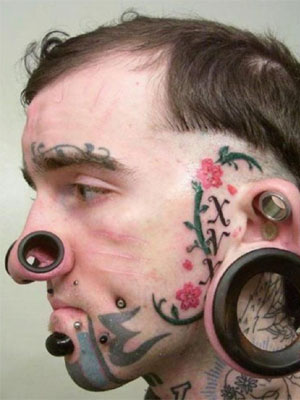 Conservatives make our first and most deadly mistake when we treat liberalism as a political movement.

If analyzed by its actions and not its words, liberalism is not a political viewpoint, but rather a social activity which has political consequences. Like a cult, it bases its power on its ability to include other people for participating, and to convey a social reward to them.

Like all good cults, or even advertising, it starts by convincing its members that they lack something. Its members focus on suffering and negativity, and bond on victimhood. They offer you a convenient explanation: there is nothing wrong with your decisions; something bad was done to you. Something was taken from you.

When the ritual is joined, the negativity is channeled from individual doubts and fears into a scapegoat, and into the formation of a posse to hunt and destroy that scapegoat. The psychological undercurrent is that if this evil is destroyed, only good remains. All who participate are now accepted in the cult. They are included.

The fundamental concept of liberalism, equality, appeals universally because it implies an end of conflict and everyone being happy. It is what you would want if throwing a party or going camping with friends. It is a socially popular idea, not a rational one. It makes people like you.

It also allows its individual members to compete in the game of who-is-most-orthodox. This is a lot like what hipsters do; it’s a competition to see who is the most unconventional, ironic, unique, outrageous, bizarre or shocking. Those who go the farthest rise in social status. Social success comes from political success.

As an end result, this tendency produces a “hive” of angry people who surge forth looking for someone doing something incorrect so they may pound the heck out of them. If you’ve noticed similarities to bullying, or to fanatical religious cults, you have spotted the human psychology behind liberalism.

Drugged on moral superiority because it compensates for whatever wounds they have convinced themselves are caused by their victimization, the people caught up in this mental process — it’s like a mass mania, a trend or a group panic — cannot stop themselves from acting out the drama.

They see the world in one dimensional terms. The dogma of liberalism determines who succeeds; therefore, any idea or action is either of the dogma, or presumed to be against the dogma. Since they believe in a prime victimizer, they are always looking for victimhood or an excuse to use it to justify their behavior.

It is successful because it unites its members, but without asking them to make the sacrifices necessary to maintain society by disciplining themselves. It does not ask people to change themselves; they are told the answer lies solely in changing the world, with no adaptation or change in the individual required.

This is why liberalism is as old as humanity. In fact, it is eternal. If intelligent lizards arose on Mars, it would be a challenge they would face, because it is inherent to intelligent creatures in a civilization. There will always be the temptation to use liberalism to explain failures in life, sadness or even boredom.

Conservatives need to stop taking liberalism seriously. It is not politics; it is a social setting. It creates political results, but for social goals. This means that it doesn’t succumb to or answer to logical argument, because it doesn’t care. Its only goal is to look good and get its members advanced in their social group.

There’s an old legend in Texas that if a stampede — a mass panic by thousands of cows — comes your way, you should stand with your shoulder facing the herd and hold out your hand, palm up. The cows at the front edge of the stampede interpret you as a barrier and they go around you.

Republicans need to do the same thing to liberals. Liberals bully because they know they can find an apologetic victim who will be cowed by the social pressure of having a lot of people disapprove. When you take them seriously, you allow them to play this role and get away with it.

A better outlook is to assume that everyone is insane, and look for the rare plan suggested by a rare person which might not be insane. This avoids the right-left cycle whereby the right apologizing fuels the left, and allows us to stop wasting time on explaining and defending ourselves to people who don’t care what we’re saying.