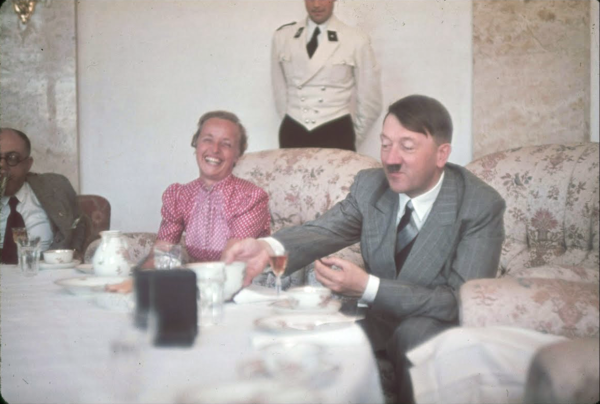 …tyranny is probably established out of no other regime than democracy. â€“ Plato

Plato describes the joys of Democracy well in The Republic. Andrew (((Sullivan))) muses on what the great philosopher has to tell us about our current society.

So you destroy the elite, you destroy the dad, you go [email protected] on whatâ€™s left of the family. This ripens your society for what? Well, at first, itâ€™s Ollie, Ollie Oxen. Free! Free! Free! But as the consequences of freedumb pile up and we begin amusing ourselves to death; we begin to see the horror. How does one react to horror? Plato, Andrew Sullivan and Kevin Williamson all opine that you ultimately get the Father Führer. I think youâ€™re lucky if thatâ€™s as bad as it gets.

You see weâ€™ve posited a society that is supposed to take diverse parts and fuse them like a McDonaldâ€™s Chicken McNugget into some form of workable hybrid. E Pluribus Unum, I presume. But hereâ€™s what happens instead. You get lots of people that just canâ€™t make this work. You trust them with more power and responsibility than they will ever be worthy of. They have more freedumb than they know how to handle. It leaves this Mook to wonder “E Pluribus WTF?”

They know of their personal failures. It eats at them. It frustrates them. They go get brainwashed into finding a scapegoat. They are given a mission be an evil enemy. They go boom!

The tyranny Andrew Sullivan soils his shorts over is just the mechanism. This, right here is how democracies all ultimately die.

The Teacher Has Returned, And Now The Kids Are In Trouble. | The World Needs Editors