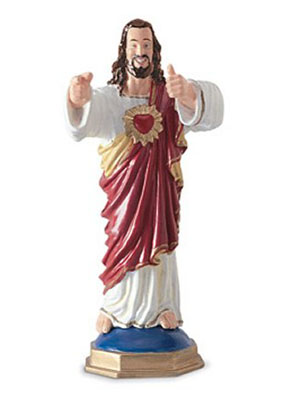 You could spend the rest of your life, attempting to understand why leftists behave as they do.
You may do exactly that. Maybe you will achieve your goal in less than a lifetime. That would be good.
But you may never understand, and this is because you are sane, while what you are trying to understand, is not.
And a sane man has tendency to think in a sane way, so studying insanity can present a real problem.

I have spent a ridiculous amount of time and energy, on this very venture.
Gone at it from a multitude of angles. Pondered this, and examined that. Extrapolated probabilities.
What I have done, in addition, is something that I am unusually good at:
Observed without bias. Seen without expectation. Witnessed without judgement.
Well, as much as I am able to, anyway. But that, through years of habituation, is a fair old bit.
So these observations are for your consideration, so that perhaps the madness you see, daily, will be a little easier to swallow. A little easier to bear. While driving you to a little less distraction. Maybe.

The first thing to get comfortable with is this:
When you see, or hear something, from someone, that utterly confounds you, remember that it is probably exactly what it appears to be: crap. Don’t buy any line that seems ridiculous and facile. Some examples of this:
“You’re perfectly OK as you are.” “Everybody is valuable.” “Nobody else can make you unhappy.”
Recognize these? They are actually broadly true, but the one uttering them doesn’t know why.
If he did, he wouldn’t say them.

This is a very, very common thing, among leftists. To speak in slogans and cliches, to repeat wise-sounding phrases without any understanding at all, of what they actually mean. And most of all, to be utterly unable to apply any of the the things they say, to themselves. For the leftist is nothing, if not a vessel filled with internal chaos and insecurity.
They affirm things, while they watch themselves doing it, like movie actors. Because that is what they are: actors. They do not live the script they utter. They only act it out. They must always have an audience, and if nobody else is available, they become their own audience.

The second thing to assimilate is this:
The leftist is not nice. Not even a little bit. He may act nice, or think he is acting nice, but as soon as he closes his privacy door, he will behave in any way he feels like behaving, and see absolutely no hypocrisy in this. He will come home from a peace-demo, and furtively poison his neighbor’s dog, or proceed to sue somebody, or be abusive to a passer-by, burn some toxic garbage, under cover of darkness, or smoke some crack. His private behavior will not appear, to him, to be anti-green, antisocial, anti-nice-guy, or in any way bad, simply because nobody will be able to see him doing it. And it is the performance that counts, after all, to a leftist. Because being unable to even recognize reality, how in the world would he be able to see that the performance was not the real thing?

The third thing:
Appearance. Somehow, reality has ceased to exist, altogether, for the leftist. How this could happen, is difficult to imagine. But observe, and see: unless someone is around to witness his overly-generous charitable act, he will never engage in it. He is compelled, to stop at nothing, to achieve Utopia, even if it sends his whole civilization into receivership. But not his own, personal Utopia. That is not enough, and he is, by his nature, perennially unable to engineer any form of contentment for himself. He demands Utopia for the whole planet, because not only will this then include him, but he will look selfless on a planetary scale.
Imagine how impressed people will be with him!

The fourth:
None of the things he says, claims, or publicly does, define him. They are all an act. There is no truth, no honesty, in any of them.
The leftist is stuck in his solo media performance, forever, like a fly in amber.
He can not stop. He can not help himself. His performance is his reality.
He does his best, and performs as well as he is able, so that the world rewards him.
Because he is unable to reward himself, or recognize reward, and must seek it, always, from someone else, outside of himself.
He is a hand, held out, expecting an Oscar, and raging because he is always passed-over.

The fifth: (and final)
All these ‘behaviors’ are a stand-in, for what the leftist could be, but doesn’t know how to be.
He is a copy, always, of someone else, or something else. He repeats the words of others, parrots their thoughts, dresses like them, acts like them, learns the script and tries to be as believable as possible. As if he was the real thing. Like any aspiring actor. Anything that sounds good to him: he will act it out. Because he doesn’t know that life is not a movie!

You’d sympathize with the beast, if it wasn’t so damned dangerous, wouldn’t you?
Imagine what it must be like, to be a leftist.
How shallow, how empty, how bereft of anything of substance.
There’s nothing worse than a Plastic Jesus.

The thing is: they exist. In their millions.
There’s nothing to be done about it, except what we’re doing: learning to be able to grasp this madness, in some do-able way, in order to deal with it, without being seriously harmed by mere contact.

The one who acts nice isn’t nice. If he was, he wouldn’t be acting.
He is vicious, cruel, and downright toxic.
These are the things you need to know about leftists, if you didn’t already.
And now that you do know, you can get back to the serious business of living an actual, real, satisfying life.