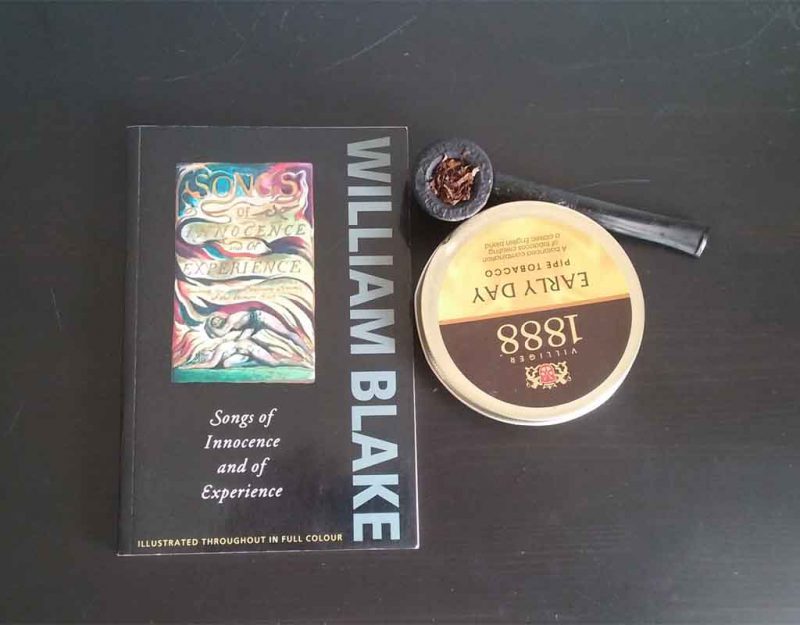 Immanuel Kant kicked off the revolution in European philosophy that took it beyond universalism, even as he clung to it in part. With universalism, we could assume per The Enlightenment™ that a universal faculty of reason and perception in all people allowed us to posit an objective reality.

Without universalism, we have an objective world, but reality exists in human minds, and varies with the abilities, inclination, experience, health, and even energy state of those humans. Reality is not a fixed thing, but a fluid thing in response to a complex world view through a complex beast.

Kant liked to start his day off right:

Kant rose at 5:00 A.M., after being woken by his longtime servant, a retired soldier under explicit orders not to let the master oversleep. Then he drank one or two cups of weak tea and smoked his pipe. According to Kuehn, “Kant had formulated the maxim for himself that he would smoke only one pipe, but it is reported that the bowls of his pipes increased considerably in size as the years went on.”

In this we see a metaphor for humanity. Each of us is a pipe, but this pipe has different dimensions. Some are larger, some with deeper bowls, some with wider. The briar may come from different areas and have different grain. The stems may be long or short.

A friend has a pipe with a two-inch diameter bowl. He can fit half of a tin of flake in it, and that bowl will last him for over three hours. It is his slowest- and sweetest-smoking pipe, he claims, because its heavy briar incubates the smoldering leaf for a long time, smoking cool and sparse.

On the other hand, another friend keeps around a tiny briar. The whole thing fits in his hand. A bowl lasts about twenty minutes, even smoked slowly, which makes it ideal for sampling new blends when a friend has a pinch at hand, and it only takes a pinch.

Kant wanted to maintain the continuity of having a single bowl a day, but knew that the bowl could vary. In the same way, every human has input, but that input belongs somewhere on a list from lowest to highest, and has horizontal (qualitative, specifics) dimensions as well.

The difference between bowl size creates something important for the smoker: structure. Your choice of pipe reflects your need. If you are going to watch some three-hour romantic comedy, you will grab that huge pipe, stuff it with tobacco, and focus on that instead of the movie.

If on the other hand you are driving down to the local liquor store, you probably want that nice tiny pipe. Somewhere in the middle, you pick them by the kind of day it is, with the nice fat pipes for the tough days and the tall skinny ones for easy but long days.

Life requires structure. Without it, events would quickly fall into repetition and become energyless. Imagine an existence where every day you did the same thing for the same result. At some point, you would shrug and stop doing anything.

Wild animals when confronted with captivity, where no matter what they do the results are roughly the same, have a tendency to die as if by sudden fright. Houseplants like it when air currents, pets, and children brush their leaves and vary up the day.

You can think of this in terms of communications. If you signal the same thing, time after time, the communication is fragile because any interruption means some ambiguous disaster. Did the sender die? Or get bored? A constant back-and-forth provides a more energetic answer.

In the same way, humans require structure. We need a topography of life over which to travel in which the peaks are clearly marked even though barely visible through the mist. We need terrifying valleys and caves, green pastures, dark forests, and even lands of the dead.

The more we try to make the human ego the ruler of the world, the more we remove everything but humanity — individual and social, unified by emotions and symbols — and lose all that we love about life. Our bureaucracy and dictatorships are the same thing as the church ladies trying to make everyone read the Bible, or the SJWs who want us all to be equal.

We do best when we leave serendipity in the hands of life. Humans moving through life as a sentimental journey in search of meaning, mental and spiritual pleasures, and discovery find themselves happier than those in the void of conformity, uniformity, and repetition.