Personal Control in a Time of Terminal Decline

by Jonathan Peter Wilkinson on November 19, 2020 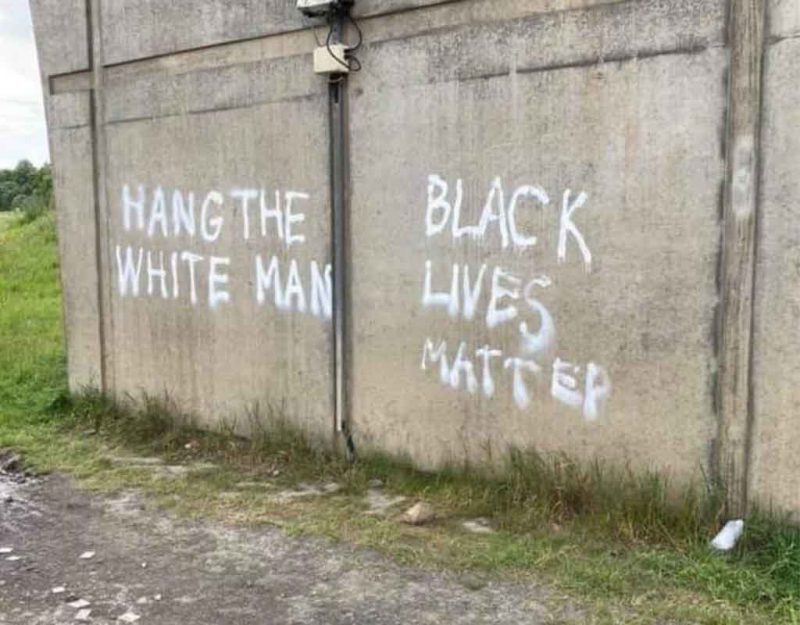 So let’s say The 2020 Steal actually works. Never mind the profound change in mail-in ballot differential between Democrats and Republicans among ballots counted after the polls closed. (Don’t click this link. Facebook beseeches you!)

Let’s say there is no such thing as a defective ballot. If it’s on a piece of paper, and there’s a check next to Biden/Harris, then it counts. (Even if there 132,000 just like that in one state, in one tight geographical area.) Don’t kid yourself with stupid Cucked delusion. If The 2020 Steal works here, you will not have a fair election in the 2022 Midterms, nor at any point in the future.

Fair elections are only conducted by scumbags when those scumbags are made by legal consequence to conduct them that way. Once you have kissed all morality goodbye, ethics are the next thing you can simplify life by living without. A code of honor in this Amerika is something that can and will be used against you whenever it benefits the scumbags in charge. Biden, Pelosi, Undead Hillary, et al are in no way screwed as long as the embalming fluid is strong enough and prevents hungry insects from eating the Botox out of their faces. You get the point. The Republic lives in name only here in The USSA. A small, cliquish, and porcine “elite” dials whatever results are needed — for the people!

So what do? How does someone make it through the sclerotic senescence of a late Soviet Union and emerge as a Putin-like firebird worthy of the praises of Igor Stravinsky? Today we’ll discuss how to start really small. Begin with an Army of One. There are things you can control and there are things that are beyond your grasp. You have some power over who you associate with. What you eat, wear, some of what you invest in, and a lot of what you do with your time will, for the nonce; probably remain within your control.

Managing time well becomes important. As your fellow citizens are perversely incentivized from showing anything even remotely akin to basic competence by the increasingly Marxian ideology of our national “leadership,” you will have to handle your own business by maximizing the hours you are given in a day. You will be forced to do more things yourself that other people used to handle intelligently back before Amerika went leftarded. Therefore; you need to count, ration, and effectively deploy your hours to get it all done.

Where you put money and assets becomes paramount because Leftism exists in part to steal them. You are therefore engaged in a Fabian campaign to make that theft more time-consuming and difficult. You will not wield more power than Congress, the Stazi of Bureaucrats, or the even the pestilential legion of Slip-and-Fall Attorneys unleashed by the judicial interpretations of existing law and regulation preferred by liberal judiciaries.

What you can do, is become a harder mark for the suit and tie gangsters to hit during the upcoming drive-by shootings. One simple means to safety is investment in hard assets like land, commodities, or rarities such as precious metals or artwork. Another good principle is to mimic. To the extent to which you have the agency; invest your money just like soon to be Ex-Senator Doug Jones. Things are always magically different for liberals. Economic redistribution is only justice when it happens to the other guy. They will always write themselves a trap-door or way out. Make your portfolio look like their portfolio and they will find it harder to economically penalize you without getting hit by their own spalling.

What you wear, read, listen to and watch has a powerful impact on your life. If it did not, Budweiser would not hire an advertising firm. Nor would Lev Kuleshov have been a powerful man in early Soviet Russia. Bruce Springsteen was “advised” at one point of his musical career as to what they truly believed in and sang about. Soon afterwards, his Lead Guitarist was a former member of Rage Against The Machine.

I admonish you to tune the approved garbage out. Unplug from mass media, mass consumerism, and “cool” fashion to the maximum extent possible. If you are watching, BET, MSLSD, or anything that The Cathedral approves of as comedy, then your IQ is in decline until you turn that crap off. Ditto what they deem as the new literary cannon. Advertising is now political agitprop. Hollyorc consists of movies by people who hate you if you are straight, White, and to the right of say Enver Hoxha. Everything you take in through your senses molds what you think and believe. Just as you are what you eat; you are also subtly changed by what you watch, wear, see, and hear. The Leftists know that art is a weapon. Like terrorism, it works like hell.

You have control over your personal health. Exercise frequently, eat well, moderate vices so that they are merely fun; not wrong. Exercise should be part of your existence unless you are so badly crippled that it is physically beyond your means. You need endorphins to feel good. A properly functional body will save you a young fortune in doctor’s bills. Eat intelligently as well. Do not eat to access and eat a bit of everything. Having some chocolate after you finish your kale really is good for you. I pinky swear. Sleep is a necessity. You, like the Christian Man described by C. S. Lewis; are a guerilla fighter in enemy territory anytime you interface with a leftist organization. Rested and healthy people maximize the intelligence they were born with more effectively.

Perhaps the most important thing you have at least partial control over is who you are surrounded by. When surrounded by good people, life is good. When surrounded by negative people; it sucks. You are a complex system that is partially impacted by whom you are in proximity with. We almost imperceptibly become more like those who are around us. I’d suggest against becoming more like one of the local pedophiles. Cut bad people out of your life. Disengage from those who refuse to exercise discernment and self-control. If you avoid the drones and NPCs, then you effectively stay out of the hive.

Unless you go into isolation, you will interact with a few regrettable human sacks of dirt. Be terse, polite and non-committal unless they are attempting to directly wrong you. If they work with you, then the conversation and other interactions should stay 100% professional. Get no more personal than saying “Good Morning.”

If they are family members, this requires greater management. Keep them away from your spouse and kids when possible. Keep them away from your money and property so that they cannot steal it or screw it up. Love requires that. If you see them at holidays, keep it superficial. Say nice things about their outfit, their favorite book, and their favorite movie. Express at least a modicum of feigned sympathy when they gripe about the boss. Terminate the encounter as soon as possible.

Another methodology to improving the people you are in contact with is to do things that people you like do and go places where worthwhile people congregate and live. If you can live, work, and enjoy hobbies that bring you in contact with the better side of humanity, then you are in solid control of the human input that enters your life. The closer you get to this social nirvana, the more your interactions with others will be affirmative rather than frictional.

In conclusion, our nation and society may well be heading off the road and over the cliff. It will suck, but there are ways to control and dial down exactly how much it may well suck for you personally. The first sphere of existence you should control is you. Sectors within this sphere that you can at least somewhat control are as follows: who you interact with, your physical health, your aesthetic interactions with media, fashion and culture, your economic assets, and a significant fraction of your time. Use these things properly, and your own personal collapse can be mitigated even as your society goes off the rails.

What Is A SoyFroot? | Our First Diversity-Decided Election Was Corrupt