People are desperate to deny the commonality of non-leftist belief 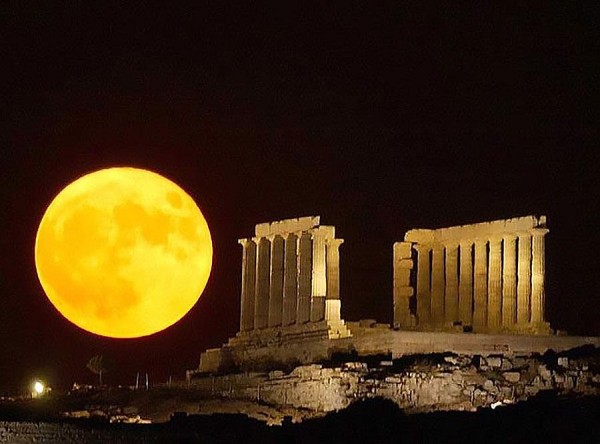 The defining attribute of modernity is equality. Part of equality is that since we are all equal, we must distinguish ourselves by drawing attention to what we are doing. This puts a premium on “uniqueness,” or illogicality and over-reaction for memorability’s sake through novelty.

Yet another way to kill truth.

Thanks to some recent media attention, the Neoreaction, Dark Enlightenment, paleoconservative and New Right community — the overlap, intersection and proximity of such beliefs and those who hold them — is buzzing with a desire to define itself. It lacks a clear statement of what it is to embark on these philosophies.

This denies that these philosophies not only have much in common, but have a historical precedent. They are what existed before liberalism and what will replace it if humanity manages to arrest its decline into third-world status.

For the sake of argument, let us distill these beliefs to the two symbols common in their intersection:

The former is clearest: in 1789, we were promised that by getting rid of power based on performance, and deferring instead to popularity because of our reliance on egalitarianism, we would have a better world. The opposite has happened: our technology has grown and everything else has been murderously destroyed.

The latter is the essence of what distinguishes these philosophies in actuality although few realize it. Most philosophies are based on arguing from a thing, e.g. “the kids take drugs and won’t stop so we should legalize drugs.” Transcendent thought argues from experience and the learning derived from it, e.g. “if we make architecture elegant and beautiful, people will have a standard to live up to.”

All of the rest of the chatter around NRx et al is discussion of method. This is parallel to the babble from the libertarian camp about the “Non Aggression Principle,” which is pacifism for bankers. It, too, is a method, although it disguises itself as a goal. It also misses the point that libertarianism itself is a method, and while often the best one, not an goal in itself.

The point of the resurgence of conservatism is that we replaced actual goals and actual leadership with indirect versions of the same. Instead of strong leaders, we have delegates; instead of goals, we have anti-goals, such as “freedom” and “diversity.” There is a fear of power and of having goals, so we have neutered them.

This violates the idea of transcendence, which is that we should have purpose in this life. Even if we are here “just to fuck around,” as Kurt Vonnegut said, we will in the course of experience find beauty and find ourselves compelled to defend, nurture and increase it. That is a transcendent goal, not an anti-goal formed by arguing from a material phenomenon.

Neoreaction, in order to even be articulated, began with a set of key insights. Cathedralism, the doctrine that Western society is ruled by an ideological superstructure known as the Cathedral, can only be explained through a memetic model such as Moldbugâ€™s. You can only see the Cathedral with the perspective of an outsider (but to have such a perspective is to be an outsider). It is a model of the world that includes, in its parts for explaining how the world works, a theory of how other peopleâ€™s models of the world influence their actions. It is a model which accounts for the practice of other models.

As I’ve written before, the Cathedralist view is nonsense. What makes the Cathedral? The pretense of ordinary people, who in order to justify their “do whatever you want” philosophy have adopted anti-values and anti-goals. Calling this “the Cathedral” leaves out the fact that we’re trying to re-awaken psychological discipline in our species.

To worry about the Cathedral is to trap oneself in method. What is needed is not method, but an understanding of how the world is viewed different. That is encompassed in the two prongs written above: first, everything egalitarian is wrong; and second, we argue not from material, but from ideas and experience, which makes us seek beauty, efficiency, goodness, decency, actual love and actual leadership.