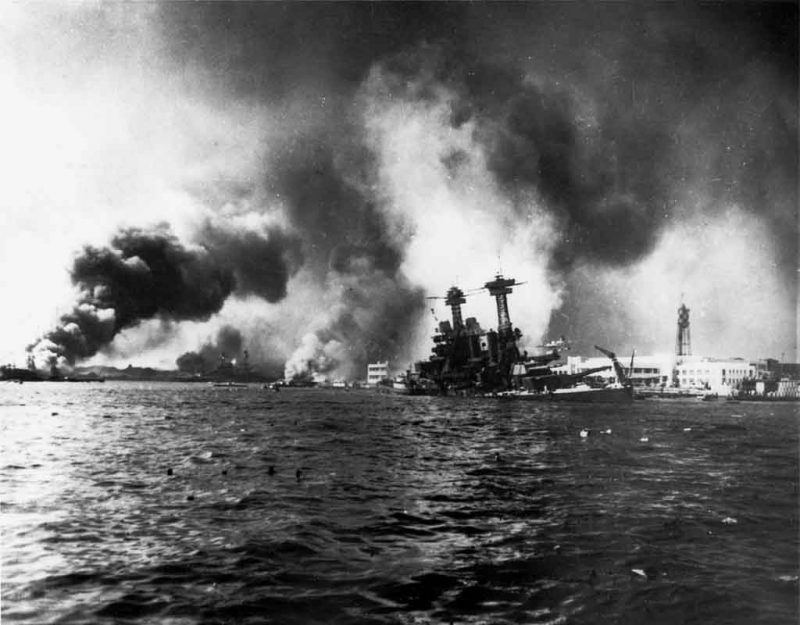 As the years roll past, the glamour and pride of WW2 diminishes more rapidly than any of us expected. Perhaps it has a lot to do with China revealing itself as an enemy, and diversity a failure, much as the Axis Powers anticipated (no matter how much we dislike their methods).

Much as Captain Willard came to appreciate that even if Colonel Kurtz used methods that were “unsound,” his judgment worked, we are seeing that our former enemies were right about many things, and these two world wars no longer look like victories but stand revealed as facets of decay.

With that in mind, we should look into the lead-up to American entry into the war with the attack at Pearl Harbor on December 7, 1941. Quoting from Silent Victory: The U.S. Submarine War Against Japan, by Clay Blair, Jr.:

In the fall of 1941, the flow of Magic (and other decoded messages) indicated that Japan was preparing for a major war. It would later be argued through countless volumes of testimony in Congressional hearings that Washington was well aware of this attitude but never suspected it would begin with an attack on Pearl Harbor. However (As Kimmel would argue later), there were numerous messages pointing a finger at Pearl Harbor. On October 9 and 10 the codebreakers decoded and translated two dispatches from Japan to Japanese agents in Honolulu, ordering them to make precise reports on the exact location of U.S. naval vessels in Pearl Harbor based on a grid system furnished the agents. On November 15 a message was decoded and translated, ordering the agents to report these locations irregularly, but at least twice a week, and to take extraordinary security precautions. On November 18 Japan requested specific information on ships anchored in specific areas at Pearl Harbor.

The one message that intrigued the codebreakers most was called the “winds” message, sent on November 19 to all embassies and consulates and intercepted, decoded, and translated as follows:

Regarding the broadcast of a special message in emergency. In case of emergency (cutting off of diplomatic relations) and the cutting off of international communications, the following warning will be added in the middle of the daily Japanese language short-wave news broadcast:

The signal will be given in the middle and at the end as a weather forecast and each sentence will be repeated twice. When this is heard please destroy all code papers, etc. This is as yet to be a completely secret arrangement. Forward as urgent intelligence.

All three codebreaking units, Negat, Hypo, and Cast, set up a twenty-four-hour watch on the Japanese news broadcast. At Cast, a junior language officer fresh from Tokyo, Thomas Robert Mackie, while reading a long dull economic report from Radio Tokyo, came across the Chinese characters TOOFUUUU, set off by double parentheses. In translation it meant “East wind, rain.” He believed it was the message he had been detailed to find. Mackie took his translation to his superiors, but they gave it no credence. They argued that signal would certainly be sent in Japanese (Higashi no kaze ame), not Chinese. No alert was sent to Washington.

The continued silence of the Japanese carriers was worrisome to Admiral Kimmel. He remarked to his staff intelligence officer, Edwin Thomas Layton, only half jokingly, “What, you don’t know where the carriers are? Do you mean to say they could be rounding Diamond Head and you wouldn’t know it?” (89-92)

Crowds self-delude. As varieties of crowds, democracies and bureaucracies (like the peacetime military) also delude themselves. In the near future, humanity will encounter many problems that have been staring us in the face for decades, but we refused to see the signs.