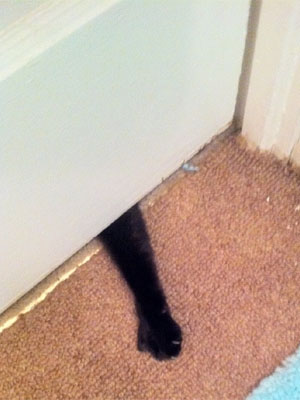 Computers, by their very nature, are a virtual reality. Pop a bit here or there, calculate a result, and you get a definitive answer — if not a number, a one (yes) or zero (no).

Life isn’t like that. First, you rarely get such clear-cut answers. Second, you don’t get them at 3.6ghz. It takes weeks, months, years, decades, centuries and millennia to get even the simplest answers back, when we’re talking about larger questions.

If you remember how hard it was to wait for Christmas (one whole month after Thanksgiving) as a child, you know what it is is like. Someone tables a proposal you think is crazy, but can’t quite wrap your head around the words to say why. There are no helpful studies, because studies study detail correlations and not larger pictures. All that’s left is for you to say, “This won’t work out well.” Four years later, in the next election cycle, the smiling vapids that demanded it in the first place show you numbers that suggest it was a success.

Primarily, of course, these numbers are faked. They cherry-picked the data, surveyed whether people think the result was good and not whether it was actually good, or used broad questions on irrelevant topics. The smiling faces are lying. But how to prove it? The answer is that you must wait centuries.

Most decisions on the level of historical importance are binary. You make a decision, and it either becomes mostly good (one) or mostly bad (zero). Centuries or millennia on, the result is plain to see: either your society evolved (getting taller, smarter, fairer, more noble) or devolved (became shorter, dumber, unspecialized, and less noble). The former become next millennia’s industrial nations, and the latter, its third world burnouts.

As a result, it’s clear to see what the results of any plan are. One must simply have patience.

For example, it was only in 2009 that we started seeing the results of 1789. Liberalism promised us equality, an end to war, and a better society. What we got was more technology, which was inevitable anyway, and an unstable society that is constantly at war with itself and others.

Think about it: we adopted liberalism, and immediately embarked upon our most destructive wars ever. We renewed the promise in 1968, and promptly made society so unstable that people are shell-shocked, live without hope of marriage or family, and work McJobs that slaughter their self-confidence.

It seems the only people who won out from liberalism were the merchants, who now have a bigger customer base that is needy for products to distract itself from its failing lives. Then again, talking about equality and how everyone is a precious snowflake may well be the oldest advertising known to humanity.

At least we finally see the results. If the recent burst in conservative thinking is an indication, even the people drunken on modern excess and individualism are starting to notice that our “progressive” ideas lead to nowhere but dysfunction. It just takes centuries to see it clearly.