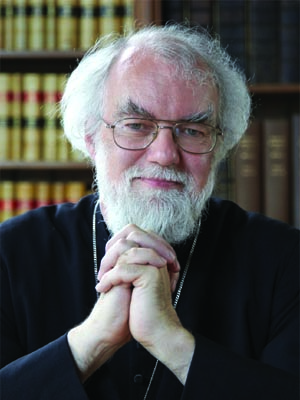 The Left is right. They have it sorted out. Sort-of…

You didn’t expect to read that, here, did you?

Go on: have a little giggle. You know you want to. Scoff a bit, and ridicule. Then settle down to some serious consideration of what it is you’re scoffing at.

There’s something seriously slippery going on when it comes to grasping exactly what it is that’s going on, whenever one tries to make any sense of the weird ways of leftism. It defies description. It goes on defying description, until, quite suddenly, it doesn’t.

I met someone, not so long ago, online, who became so wrapped up in my written words, that he became what could be described as a ‘disciple‘. A follower. One who looks-up-to. One who admires, and consequently starts trying to emulate.

Some people would enjoy being placed on such a pedestal. It would boost their feelings of self-esteem, and provide them with a pleasant self-satisfaction.

It didn’t do that for me. Quite the contrary. It made me not only uncomfortable, but quite annoyed. And why was that?

Because. My admirer started taking words I had written, and repeating them to others. Which sounds like it might be a good thing. But it was not a good thing at all. Becauseâ€¦

Words – any words – are no more than symbols. They describe something, but are not the thing they describe. The original words may be accurate, or as accurate as mere words can ever be, but they describe only that which the speaker – or writer – is describing.

The reader – or listener – who repeats those words, is not describing anything. He is merely repeating. Describing a description. Thus something is missing. And that something is of far greater importance than the words that describe it. Do you see? Read that bit again, until you are sure you do see.

Many people will have less trouble wrapping their heads around such concepts, than I do. Possibly because they will not bother with trying to actually understand those concepts. They are, after all, rather twisty-turny things, that seem to say not much. But they do say much. Are you satisfied you realize how much?

So there I had this admirer, clearly not understanding my words in the first place, repeating those words to others, as if they were his own words.

The words, that had begun their journey, containing a close description of reality, had now become completely unreal, and were conveying nothing.

Their only function – in fact – was to manipulate the reader – or listener – into believing that the writer – or speaker – was something that he was actually not. Was wiser, more insightful, smarter, more experienced, than he actually was…

The real, had become a parody of reality. The wisdom had become an insipid package, promising much, but containing nothing. All hype, and no content. Appearing to be genuine, while being no such thing. Do you see?

And so it is with leftists.

Much of what they say, the dogma they repeat, carries the ring of truth, the seeds of sanity. While – in truth – containing nothing at all but destructive doublethink.

Leftists need to be the bringers of The Message, without ever having understood what The Message is.

To the leftist, The Message arms them against lesser beings. It gives them credentials. It automatically makes them better than the recipient of The Message. More caring. More human. More giving. More whatever. And this more-ness, this better-ness, stands in for ever actually being any of these things. Instant gratification. The reward without the price.

Does this begin to sound familiar?

Leftism should not be discarded as completely value-less. In its maddening lunacy, resides some great truth. But remember, always, that this truth has been unintentionally rendered paradoxical, by the isolation of that truth from its result.

Leftism can be useful, even broadly beneficial, once one shoots the messenger, and considers The Message, for oneself. There actually is A Reality out there, and anything applies, in some way, to understanding it. No information is entirely useless.

Paradox is a thing to keep careful watch for. True, while being not true. Valid, while being invalid. Wise, while being idiotic. It all has value, or not, depending upon the use to which it is put, and the angle from which one views it. The thing that has has no value, whatsoever, is the prophet who has no understanding of what he preaches. The messiah that promotes only his own self-esteem. The leftist!