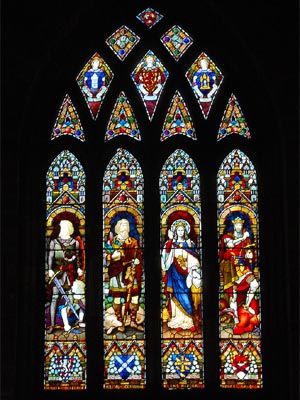 Blog posts are most pleasing when they give us simple answers, even if negative answers. Even if we disagree with a blog post, having it come out with a simple solution gives us a sense of control, even as we mock the proposed solution.

It’s disturbingly similar to sporting events. As soon as the other team is on the field, we all know where we stand. We have strong group identities and the resulting comforting position among the group’s members. We know what we want and for a few moments, we can forget about the larger questions of life and focus on the simpler task before us.

This blog post will gratify none of those desires. An excellent discussion of religion popped up in the comments to the fourth segment of our interview with John Morgan, Editor-in-Chief of Arktos. The question we stumbled into was one of religion.

Among those who study history and can speak honestly about it without trying to win brownie points from others by repeating political orthodoxy, it is well-known that diversity of any kind makes for a failing civilization while relative homogeneity makes a stable one. This includes religion.

On the other hand, many of us have issues with Christianity because it seems to be a spiritualist form of liberalism. “The meek shall inherit the earth” and other charitable notions translate into a false altruism based on pity for those beyond help, and using that public charity to prove higher moral status.

One poster kicked the whole debate off by cautiously opining that, although a Nietzschean, he believed religion was necessary and that Christianity might be the religion of the West and thus worth supporting. Others mentioned the positive role Christianity has had in shaping the modern West.

Zooming out from our immediate experience, it is clear that Christianity is thriving. Christians reproduce faster than atheists and disaffected urban intellectuals, which guarantees us that the next generation will speak more Bible than Foucault. Even more, Christianity seems to emphasize many positive values, such as family, chastity, traditional gender roles, moral behavior and loyalty to culture.

To get really heretical, we can take this a step further. “Christianity” is a label for a set of beliefs, customs, rituals and symbols. It arose from an amalgam of Greek, Jewish, Hindu, Middle Eastern and European pagan beliefs. After it rose, it was extensively modified. Like all things, it is a work in progress.

It is not unheard of for nations or generations to modify Christianity to suit their own needs. After all the Bible is like a vast index, and depending on which talking points and examples you pick, you can use it to support many interpretations.

Since Christianity is part of the West, unlikely to go away, and a strong advocate of conservative values, it would be unthinkable to cast these people aside because of our reservations about the current interpretation of Christianity. Even more, we can see the failings ascribed to Christianity showing up in pre-Christian societies like ancient Greece.

The ancient Hindus viewed all religions as sects of Hinduism. Their explanation was that since there is only one world, and thus one divine source, all religions are different languages attempting to describe that reality, and should be accepted much like academics accept contemporaries and their arguments.

Religions are more similar than we may think. The difference between Christianity and an idealized conservative warrior pagan faith may be small — perhaps 10% difference — and so the path of least resistance would be to accept Christianity, but in exchange for that, demand a few changes in interpretation.

The main difference between modern Christianity and its pagan forbears is that Christianity presents a moral absolute based on method, while paganism asserts a morality of social order based on the results of our actions. An evil act with a good result is a good act in paganism, and possibly in future modified Christian sects.

True, that is playing with fire. Religion and factionalism have destroyed more societies than they have saved. However, as those who would rebuild a dying civilization, it is our job to make dangerous decisions, and take great risks, in order to claim the greatness that sleeps within us.