Paganism Cannot Unite Europe; Christianity Can, But That Will Be Our Doom For Reasons Unrelated To Christianity 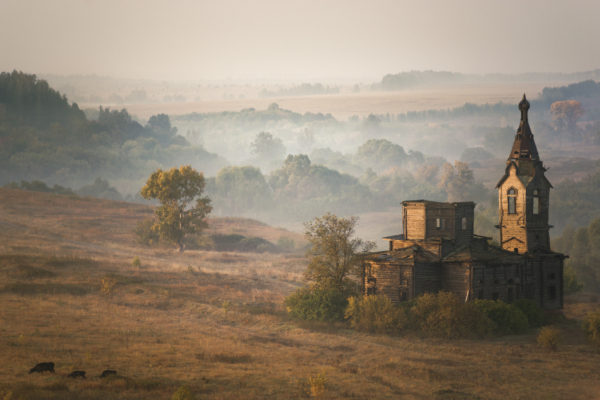 Über-Right-wing mastermind Varg Vikernes has been engaged in a video dialogue with Swedish trad-Right guru Marcus Follin, a.k.a. “The Golden One.” The topic of their discord appears to be Christianity, with Follin arguing that it can unite Europe and Vikernes arguing that it cannot.

In his recent interview with Amerika, Ramzpaul argues that “Paganism did not bind all of Europe, Christianity did.”

Some analysis oriented toward logical fact will show us that they are all right, to varying degrees, but that the question may have become mangled by our modern orientation in thinking. To see this, we have to look at the nature of what it means to unite a nation or a continent.

There are many ways of uniting a nation and we might rank them from “strong” to “weak.” The weakest are things like ideology, economics and politics. These are unions of convenience and reflect no inner impulse by people to work together toward a certain ideal. Others are intermediate, like religion, which is still external, where the strongest are internal, like race and tribe.

We should also consider the degree of unity. It is not hard to get people to act together in self-interest, but this produces the side effect of people acting against unity because self-interest is stronger than what binds them together. If the unity of a group is based on a weak force, it will rapidly disintegrate and the group will devolve to the lowest common denominator.

So our question is not a binary — unites/does-not-unite — but a question of degree and specific topic areas, namely what is united and how long-lasting those bonds will be.

One cannot unite a nation or a continent by religion. Religion straddles the line between internal and external. It is internal because religion is understood through the intuition, but that applies to general religious feeling, and not a specific religion. As a result, we are left with only the external, which is what might be called a religious dogma, for lack of a better term.

Modernity specializes in using the external to control the internal. You see a symbol, decide to obey it, and that influences how you think about the world. You are controlled and shaped as part of a mass of people because everyone is equal, so numbers matter more than quality of person or the unique insights of that person.

Internal motivation however requires understanding and cannot be communicated through symbols. It can be sketched, outlined, silhouetted, hinted at and described, but the actual thing cannot be conveyed between one mind and another. The person must be able and ready to reach that stage on their own, no matter how much hinting and nudging goes on.

This means that by trying to force people to unite on religion, we are being very modern and forcing the use of external traits to shape internal ones. In this capacity, religion behaves like an ideology — comparable to Communism or egalitarianism — in which the mass shows obedience to the ideology, and for doing so, is accepted in the group.

At its core, this method fails because the idea of ideology is external manipulation, which means that the individual is acting for reward and to avoid threats. This means that they do not actually internalize the ideology, but obey it like a traffic cop, tax auditor, or meter enforcement. They obey because it is convenient, but the real principle taught is self-interest.

Paganism recognized that only culture can bind us. Culture is both external and internal, in that anyone from a specific area has at least a genetic affinity toward the values of that culture. Through culture, an interpretation of religion arises that fits the specific group and enables them to be effective in using it.

Culture however cannot stand alone. People do not spontaneously unite around culture because it is intangible. It consists of sentiments, aesthetics, “gut feelings,” intuition and other completely organic and non-symbolic components. Culture requires strong leadership formed by an aristocracy instead of the weak leadership — bound with weak forces — of authoritarian states.

Aristocracy is strong power because it has the right to be arbitrary. A king does not have to prove that there should not be a block of ugly apartments next to a cozy neighborhood; he just orders it, on the basis of his judgment and aesthetics being superior in terms of understanding natural order (i.e. more “divine”) than those of others. Usually the king is right; the herd is always wrong.

Now this causes us a problem, because we have one strong way of uniting a nation or continent (aristocracy/culture) and many weak ways. The problem with the weak ways is that they will work at first, and then fail catastrophically.

Consider the history of Christianity. It was adopted for practical reasons because unlike Paganism it was written down and could be understood by the average person. It united the continent. But then, clashes between kings and churches arose because they were competing for power. The singular power of the kings had been broken by a weak force.

Within a few hundred years, Christianity then began its death cycle, and today the only people found at churches are the old and sick. Was this a problem with Christianity?

As it turns out, no: it was a consequence of using a weak force where we need a strong force. Christianity can only thrive under aristocrats because they return it to its proper role, which is spiritual guidance, and it must like a wife defer to the husband for questions of leadership, safety, long-term planning and war.

If we unite under Christianity, it will become an ideology, and we will then have a false unity and a controlling force followed by its collapse and our reversion to the lowest principles of self-interest. Since a particular religion like Christianity is external, it controls by self-interest, and when it fades, only that principle remains, but all restraints on it are gone.

Ancient societies operated not through a single method, like ideology, but through many heterogeneous methods in service to a few strong principles. Aristocrats were those who got to the bottom of any question, and with this knowledge, then asked themselves what they could do to make the situation turn out for the best. Wisdom and nobility together were the requisite abilities.

Weak forces fail for the same reasons all human groups do. They become proxies for reality, and then people learn how to game the system by working the proxy, and forget how to achieve the results they want in reality. The letter of the law becomes more important than the spirit of the law or its goals, and the group collapses.

In other words, Follin and Ramzpaul are right: Christianity can unite Europe. But then, Varg is also correct: that weak unity will then destroy Europe, much as it proved problematic in the past.

This does not mean that Christianity is a bad thing per se, only that it is the wrong thing to use to unify Europe. Until we remove democracy and restore aristocracy, Europe will not unite except on weak forces, which will collapse into quasi-anarchy like ideology, economic systems as motivation, and politics have.

At the same time, we must consider what Europe should look toward in terms of religion. But that is a question for another post, perhaps tomorrow.