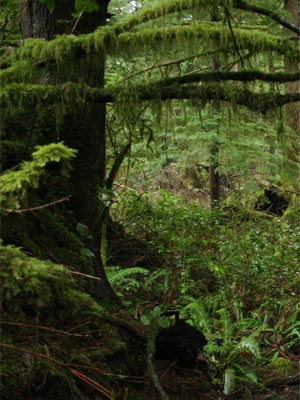 We further note how many societies, including Easter Island and pre-Revolutionary France, doomed themselves by increasing their population past the carrying capacity of the land, specifically among the peasants who then initiated class warfare and killed off the capable leaders.

But now as we watch more data roll in, it becomes clear that what’s killing off our plants and animals is that humans are expanding and using up all the land:

According to the latest report from the UN Food and Agriculture Organisation (FAO) published at the end of 2010, Guatemala has experienced the most rapid deforestation of any country over the last five years.

It is driven by two factors, explains geographer Gilles Selleron: “Thanks to satellite imagery we can distinguish between the cattle rearing, which is mainly carried by the Ladino population, people of Hispanic origin, and the traditional subsistence farming of corn, marrow and beans by the indigenous Q’eqchi, a Maya people.” Selleron, who is based at the French national research institute and the environmental geography unit at Toulouse University, is a specialist in forest dynamics.

According to Cerezo, recent trade negotiations have allowed Guatemala to increase sugar exports, so sugar cane plantations have expanded. This competition for the land in a country that has never implemented agricultural reforms is occurring at the expense of local communities, which are being forced to search for new land.

But that’s not all. “In the last five years, the biggest contribution to the rapid deforestation has been the massive increase in demand for palm oil and the narcofincas or narco-farms,” said Cerezo. – The Guardian

Notice how carefully they conceal the truth: the population has not greatly expanded, but its appetites have. (The article says “Demographic pressure does not explain the speed with which the agricultural and grazing frontier has advanced” and then promptly contradicts itself.)

Were there not a worldwide population explosion, these people would not be there. They would not be trying to each earn money to use more of the forest. Subsistence farming would give them enough to survive and there would not be a financial incentive to do more.

Instead, as the human population expands, the forest dies.

One in 10 species could face extinction by the year 2100 if current climate change impacts continue. This is the result of University of Exeter research, examining studies on the effects of recent climate change on plant and animal species and comparing this with predictions of future declines.

“We need to act now to prevent threatened species from becoming extinct. This means cutting carbon emissions and protecting species from the other threats they face, such as habitat loss and pollution.” – Science Daily

The press are born liars who never buck a trend. They manage to bury the truth deep in the article: global warming is accelerating the process of extinction caused by habitat loss (land overuse by humans) and pollution (too many humans).

Liberals like to ignore this data because it does not confirm their bias, which is that the rich — who make products for all of humanity — are somehow being irresponsible by deciding to make money off the masses, instead of refusing and letting some other guy do it.

The reality is that a huge number of humans means a huge audience for beef, drugs, palm oil and subsistence farms. Humans expand; nature shrinks.

Our environmental problem is a small one, actually, and easily fixed. We need to recognize that overpopulation is the problem, and stop subsidizing people with foreign aid, welfare and other helpful programs. Let nature adjust the carrying capacity, because humans always screw it up.

Even more, the West needs to become self-sufficient. If we need drugs or palm oil, we need to figure out how to grow that here. We’ve beat bigger technological problems before.

The only thing holding back this type of real progress is the false “progress” that’s popular in the media and liberal circles. As long as we follow that, we’ll never fix the real problem.