Our People Are Miserable 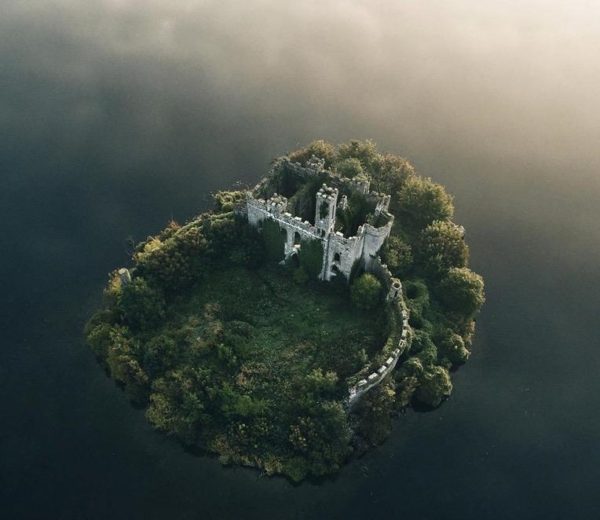 Let us explore the tale of a civilization. This will not just be any civilization, but an exceptional one, and its decline will be correspondingly exceptional.

It begins long ago when a group broke away from the rest. Whether this is because they were the original form of humanity and all others are degenerated, or because they desired to evolve above the rest in terms of capabilities, remains a question we will likely not know for some time, nor is it relevant to the result.

This group went off on its own and established itself. It began with a simple principle: results matter more than feelings. This made it an asocial group, in that the traditional ways that humans bond were less important than what was achieved. It also made it a principled group because the culture valued the principle of an action over how convenient it was.

In doing so, this group turned against what was common knowledge among humans at the time, who preferred societies which were geared toward socializing. Early human groups bonded by mutual consensus but this quickly revealed its limits, especially in emergency situations, so some groups broke away to pursue the principle of hierarchy or having appointed leaders.

This naturally led to success. In a group of people, an echo chamber is formed. They look to compromise with each other, to flatter each other, and to find a solution that is popular. This reduces all decisions to a lowest common denominator, which means that the complexity of reality is ignored in favor of what is most convenient. Denying this herd instinct brought success.

Success, however, brought new challenges, as it always does. Instead of trying to compel a group of starving people to act toward their mutual benefit, this society found itself being able to feed everyone, and consequently people took society for granted. In addition, they started acting toward socializing instead. In order to get what they needed, people had to make other people believe they were doing the right thing, and so they tended to repeat what had worked in the past, whether it fit the situation or not, or would try something “new” simply because novelty drew more attention to them. This created a culture of denial of reality.

Conflict arose when the society attempted to solve that. Its leaders first attempted to point toward what must be done, and direct people toward that. However, they could not get the group to agree, and so instead decided to dedicate their attentions toward what worked. In this, however, a fatal mistake was made: if someone succeeded, they could declare themselves right above all tradition.

This inversion of thinking changed the society greatly. Instead of striving toward what was good, it settled for what seemed to be working in the moment. This way, the farmer who had a full crop despite some dubious practices was seen as right, while the farmer who did everything right but suffered misfortune — drought, storms, locusts — was denied, and those practices rejected.

At this point, the society had taken initial steps toward becoming an echo chamber: that which made people feel good was seen as right, and that which was right was adjusted to be brought into line with what made people feel good. This allowed fools to take over the public discourse, driving the sensible into retreat because they knew they would not be heard, and would be attacked for dissenting.

Decline had begun. It would take many centuries before this became clear to more than a handful of people because the ability for wisdom is rare and distributed unfairly, and so the many are deluded and the few cannot communicate what they see. Unfortunately, a sick patient who is made well by medicine does not notice a long term disorder, and so it thrives while the patient appears fine.

What caused the decline? A perpetual risk, that large-brained creatures would find those brains more interesting than the world around them, took over. It rose through wealth, was empowered by technology, and given its entry point by (1) a series of empires created as offshoots from the European root, (2) a number of tragedies and infighting events during this time, and (3) the lack of a formalized religion, which meant that informal religion was not just displaced by formal religion, but that formal religion created a competing power structure. These events took millennia to unfold, and reflected a state of decay from an earlier time, when Western Civilization was more balanced and so was able to produce the raw genetic material of its people that then created so many great things despite being in the process of decay as a civilization.

The self-centered people among us took over because as a group, we succeeded, and thus took for granted our civilization and lost our understand of cause and effect. To a sane person, civilization is the effect of good people working together to make it manifest; when taken for granted, civilization is seen as the cause, and the effect is assumed to be a happy individual instead of a stable state for all individuals.

If we take civilization as the cause of itself, we no longer see a need to continue doing the things that made it great, and so we alter the recipe. This takes many centuries to become fully manifest, and does so with details instead of large changes. As a result, it sneaks up on us slowly, and we find ourselves at some point shocked at “how bad everything has become.”

Our bigger problem is that equality makes hell and no one will defend hell. Modern society is an existential murder comprised of soul-sucking jobs, unfulfilling activities, broken families, a doomed future and ugly boring suburbs and vandalized, cookie-cutter cities. There are no places to be except commercial establishments. This is “prole paradise.”

A secondary problem is that, as individuals, we are competitive. This means that we both act against any kind of unity, and are easily lured into “game-playing” circumstances where what is rewarded contradicts what is necessary in reality. This makes it easy to dissolve high-IQ populations, who are already sensitive thus, when lacking purpose, easily lured into ideology through the promise of “fairness.”

Our people are miserable. They are induced to fight for things which make life miserable, and then, find themselves without recourse to rediscover the beautiful and good. The only hope rests in finding those who are natural leaders and getting them to agree to awake from the misery and strive for something beautiful instead.