Origins Of The NPC Meme 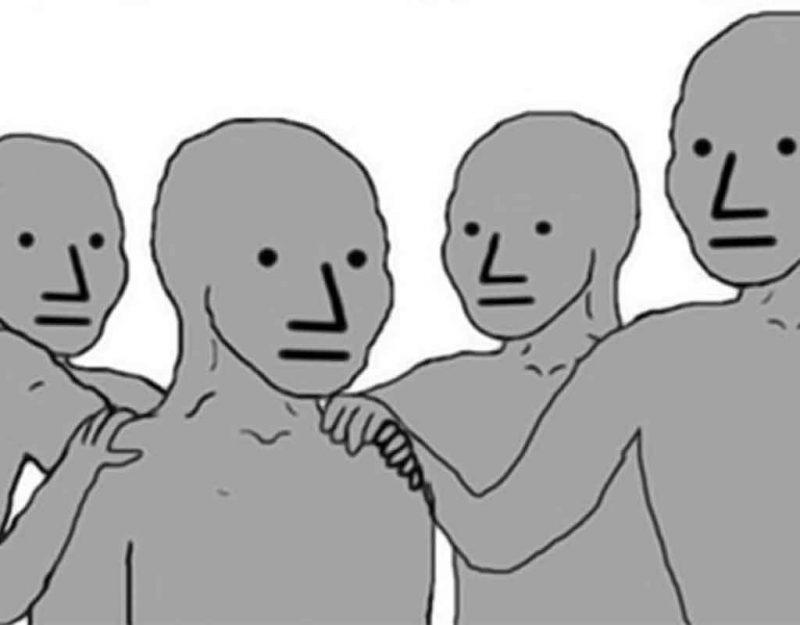 We all know the NPC meme which hilarious dehumanizes the obedient conformist egalitarian Useful Idiots who receive their signal from television, then repeat the cleverness they have discovered there, and scorn us for refusing to become identical voice repeaters like them.

Surely many have felt this way. One early expression of it comes from the early days of black metal:

It is very difficult for people like myself to communicate with all the other “ordinary” youths .. to us there isn’t any value or meaning in what they do — they have another reason for living than we do. They are what I would categorize as “soulless people”; they are too involved in/engaged with simple materialistic things.

Although people find it hard to fathom, the symbolism is obvious. When 98.6% of humanity have the same opinion on any issue, and it just happens to have been on Rachel Maddow or Stephen Colbert or The New York Times the day before, these people are clearly the herd of Useful Idiots.

Anyone who says anything contradicting their Narrative to them will be seen as an enemy because the Narrative is artificial and therefore collapses when contrary reality is observed. You either buy in to the Narrative to join a social group, or you remain a realist, outside of it.

For centuries modernity has resembled this meme. Most people, having no ideas of their own, adopt the egalitarian stance in order to seem informed, purposeful, compassionate, and altruistic, even though they are concealing the fact that in actuality, they are none of these.