“What little bit Conrad had learned about philosophy at Mount Diablo had seemed to concern people who were free and whose main problem was to choose from among lifeâ€™s infinite possibilities. Only Epictetus began with the assumption that life is hard, brutal, punishing, narrow, and confining, a deadly business, and that fairness and unfairness are beside the point. Only Epictetus, so far as Conrad knew, was a philosopher who had been stripped of everything, imprisoned, tortured, enslaved, threatened with death. And only Epictetus had looked his tormenters in the eye and said, â€˜You do what you have to do, and I will do what I have to do, which is live and die like a man.â€™ And he had prevailed. But most important of all, only Epictetus understood. He understood! Only he understood why Conrad Hensley had refused to accept a plea bargain! Only Epictetus understood why he had refused to lower himself just a rung or two, demean himself just a little bit, dishonor himself just a touch, confess to a minor crime, a mere misdemeanor, in order to avoid the risk of a jail sentence. â€˜Each of us considers what is in keeping with his characterâ€¦â€™ His lawyer, even his own wife, wanted him to compromise and plead falsely. But he knew himself and at how much he put his worth. He did not count himself as an ordinary thread in the tunic, but as the purple, that touch of brilliance that gives distinction to the rest.”

– A Man in Full, by Thomas Wolfe

What is expressed here is not a sentiment based on the recognition that one receives for such an attitude. Recognition is transient, and comes and goes based on what the mass values most highly. If one enslaves oneself to recognition, they are basing their happiness on an element beyond their control, and are thus another seeker of wordly value through wordly value that is regarded with indifference by the stoic man. The stoic man seeks the otherwordly value of stoic virtue through wordly value; he tests himself against what the world offers and finds his virtue in his ability to endure the challenge of that test. Thus, his virtue is one that is simultaneously flexible and eternal, and thus, one can assume, does the stoic man seek harm, pain, and sorrow. The world MUST comprise of these affronts to happiness, and not once must the stoic man submit to the desire to create a static feeling of maintained happiness. If this occurs, all worth in pursuit is annihilated, as no value judgment can be made if no two elements can come into conflict with one another.

What use is life without war? 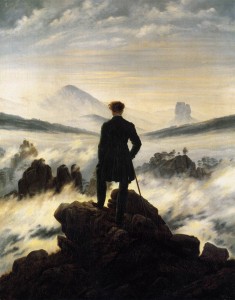