On interface layers and our perfect inequality

A couple months ago, on one of our affiliated discussion domains, an interesting dialogue took place. The discussion topic was inspired by an essay by Vijay Prozak at the domain titled Oncology. I’ll repost my “Plato” part from the topical disussion as follows:

Months ago, there was a blog published at the Archdruid Report (The Twilight of Money), as is often the case, about the economy and modern way of life. This blog dealt with the concept of abstractions.

Take the story of the Ten Commandments. Tribal leader Moses travels alone up the mountain to go meet with the Almighty as instructed. With the leader absent, the tribe breaks down into anarchy and debauchery, a sort of default state sliding into entropy and self-destruction; not-being to the Neoplatonic; evil to the Christian; living hell to the Hindu, etc. 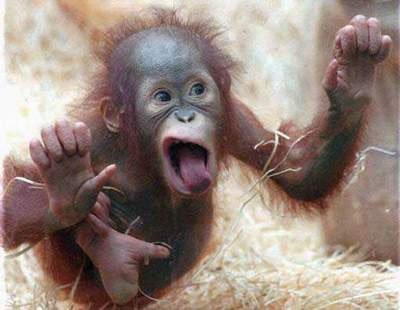 Moses returns later with the two tablets and some drama follows. The point here is the tablets themselves. They are an abstract layer of more accessible, better simplified instructions for how not to self-destruct as a group, which we may as well take to mean comprehending reality. Again, with tribal leader Moses away, the tribe had gone astray into their own fantasies, losing touch with reality.

Our bodies are far too big and slow to pull electrons one at a time manually and arrange in required order. It is a natural, physical limitation we are stuck with but have nonetheless managed to overcome with our clever use of interface layers.

Similarly, by default, we very rarely if ever produce people of such leadership quality that they are consistently cognizant of reality-as-it-exists. Even if we did, how could one such rare person, other than an acknowledged, unquestioned god-king command such obedience that everyone is kept in line and away from drifting off into that default animal not-being state of ours? Hence, our moral layer applications, if only for efficiency.

But this morality interface is itself corrupted in our time, isn’t it?

Continuing with the Ten Commandments for our example, we have additional layers atop this original set. There are constitutions, at least in our part of the world, and atop these are laws. Each of these layers had better interface perfectly with the one above it all the way to God, else error is introduced.

Yet, adding layers has not kept the prisons from overflowing from all the instances of criminality and stupidity taking place in our time.

I’ll grant that a man is part of and not the whole of reality, so a standard for what is moral, if moral is taken to mean, “actions and beliefs that consistently function correctly”, essentially lie outside a given man’s being and his time.

The problem with a man is his own ability to interface with reality; how accurately and consistently, as frequency and volume, he does so in life. It goes without saying that some people are more perceptive and some less so. Others value trustworthiness and altruism, but many care for neither.

These characteristics and others are gradients, not binary categories. In addition, they may change over time from a multitude of factors: genes, nutrition, rest, injury, pity or jadedness that comes from experiences in a given context. The gradients dynamically shift in tone as it were from instance to instance for each man.

Referring again to the Moral Existence clause, “frequency of actions and beliefs that consistently function correctly”, this is effectively perfect inequality between men.

Our dialogue concluded with an outstanding summary by the “Glaucon” party:

I value citizenship | Is the Tea Party racist? Why it doesn’t matter.