Is the Tea Party racist? Why it doesn’t matter.

The left is obsessed with the alleged racism of the Tea Party. What’s more likely is that it’s opposition to replacing the middle class with imported voters and, in turn, a defense of the most vital founding principle of the middle class.

Is the Tea Party racist? Some scholar who’s very aware that there’s an audience to purchase his information product thinks so:

A new survey by the University of Washington Institute for the Study of Ethnicity, Race & Sexuality offers fresh insight into the racial attitudes of Tea Party sympathizers. “The data suggests that people who are Tea Party supporters have a higher probability”â€”25 percent, to be exactâ€””of being racially resentful than those who are not Tea Party supporters,” says Christopher Parker, who directed the study. “The Tea Party is not just about politics and size of government. The data suggests it may also be about race.” – “Are Tea Partiers Racist?”, Newsweek, April 26, 2010

I propose a different idea: it’s easy to confuse racism with resistance to multiculturalism. After all, both say no to the same thing, which is that we turn diversity into uniformity by ensuring that we have the same racial mix in every nation on earth. 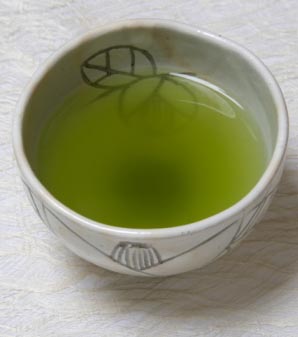 Racism, to my mind, means a desire to rank oneself above others on the basis of race. While it’s vile, it’s no different than ranking ourselves above others because we have college educations, or drive fast shiny cars, or live in the right neighborhood, or like deadmau5 more than AC/DC. It’s all a Weberian search for social status.

(Interestingly, so is anti-racism. If you want to appear smarter and a better person than your neighbor, call them an ignorant redneck and point to the fact that you are racially open-minded, while they’re still stuck in the past. Being against racism helps you look cool to your friends, win acclaim at work, and maybe even seduce modern feministy, desperately open-minded, crowd-friendly women.)

Opposition to multiculturalism is different. It can exist for many reasons. One of which is the simple “I think it won’t end well.” Another is what motivates the Tea Party: recognizing that multiculturalism is an attempt to replace the mostly-white, mostly-conservative, mostly-Christiany American middle class with imported voters.

In other words, we’re all pawns in a power struggle. It’s like the movie Napoleon Dynamite: if you’re not one of the popular kids, and you still want to win the class election, you’d better round up every misfit you can find — these are the people who are not from the elite who represent what the majority find desirable — and use strength of numbers to win. If you could suddenly drop 1,000 people on your high school, you’d pick people from far away who would not identify with the majority and their elites.

You would create a band new elite based on being not the majority, not of their values and not of their background. Some might call that racism, but we’ve conveniently defined racism to mean majority-versus-minority conflict.

Modern society by the very nature of its politics has two levels of truth. The first is public truth, or what you tell other people. Daddy isn’t passed out drunk under the couch; he’s “resting.” The second is private truth, or what as far as you can tell is closest to reality. Euphemism, movies, big media news and our literature all avoid these private truths to focus on public ones. That’s because if you come up with a public truth that people already want to believe, they’ll buy it from you and use it to justify their confirmation bias.

That’s what this political conflict is about. The new imported voters are not going to care about historical truth; they’re going to buy whatever explanation sounds good to them. That will make them easier to control. That in turn will make the new elites more powerful, and give our nation a tighter control over its population, although it will also have other consequences.

Back in the Civil War era, we saw this public/private truth dichotomy in full flare. The war between the states was about a simple principle: do we have a majority rule from a central authority, which makes the populous Northeast rule our country, or does each state act independently toward a less clearly defined common goal? But that’s complex. Look at that sentence — lots of words. It’s easier to just claim that it’s about slavery, call your opponents racists (a subset of class warfare, meaning that you appeal to anyone who is not prosperous) and to unite the many alienated workers in the cities toward your cause.

We re-enacted that principle in WWII. Hitler and Tojo would have shattered American global dominance that had existed since the turn of the century, when America’s navy got powerful enough to strike anywhere in the world. They were un-doing the Anglo-American hegemony established after WWII. But that’s too complicated for a sound bite. Instead, they’re evil baby-killers who are also racist and probably oppressive. Who cares if it’s true? It’s the myth we need to believe.

Right now, the same meme is being fired at Tea Partiers. If they raise any objections to the way We The People want to do things, we’re going to use the best insult we have — we’ll accuse them of being against equality, using the subsets of racist, homophobe, sexist and classist. Why discuss the issues the Tea Party raises? The importance is shouting them down.

But no matter which side of the equation we’re on, we should look at these very interesting times as an important revelation of where our society is going. We got our first black president, and now he’s not post-racial. In fact, he’s trying to rally the non-white non-male voters to his side.

If you read between the lines, he’s saying the future of Democrats in our country is disenfranchising and out-numbering these white, educated and prosperous people who form the Tea Party and in the past, a large part of his party. He doesn’t want to end bipartisanship. He wants to destroy the Other Side.

Setting aside race and political orientation for now, we can see this conflict as a collision between personal values systems:

Remember above how we showed that the Tea Partiers tend to be more educated, and by extension, have read more history than current events news? Whether we call it socialism or not, the kind of dogma that Obama advocates is found in all declining civilizations and isn’t a recent invention. It’s a hybrid between paternalism, the state in loco parentis, the kind of egalitarianism that makes one popular in social settings, and a type of flat-hierarchy feudalism where government takes care and keeps control of its citizens. 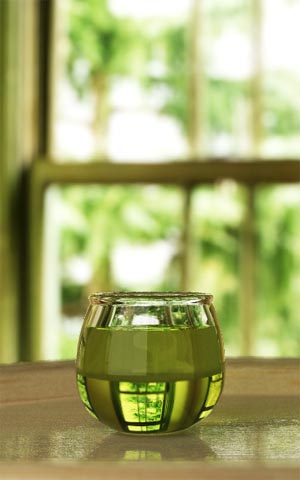 This is exactly the type of government our Founding Fathers(tm) left Europe to escape. There, it was the church and the dying remnants of the aristocracy defending themselves against the rising revolutions and Protestantism. Here, it’s the Nanny Sate and its counterpart, the all-powerful government that passes moral judgment on its citizens. In the new dogma, you are either in line with the moral dogma, or you’re an enemy of the state.

Where the basic idea of middle class America is “let the best rise,” the founding principle of the new dogma is “reward all who are on our side.” This isn’t the language of people looking to build a prosperous nation, but those who are looking to take over one. And this is why the Tea Partiers are worried: they’re looking at people who literally want to dispossess them and their children, replace them with a new population, and move on toward the kind of government that uses this type of plan — a type of government generally found in the third world or politically dysfunctional countries.

Of course, people are easy to mislead, and our media loves to fan the flames because it brings in more viewers. Which is a more popular message: “we need to fix this with hard work” or “it’s not your fault, someone did you wrong, so we need to band together to destroy them”? Whether it’s Napoleon Dynamite or Save the Last Dance, the message is that all the misfits must band together and crush the oppressor, who is conveniently racist, sexist, homophobic or whatever moral absolute we need to convince us that they’re 100% bad. Slavery. Fascism. Pedophilia.

The middle class is important because they are guardians of American society. They work hard, save their money, buy $10 sneakers instead of $200 ones, and as a result are able to employ others at their small businesses, contribute to the arts and society, and use their productivity and competence to make our nation run strongly. Their Christiany-ness is no surprise: the flip side of “let the best rise” is the knowledge that the best will then turn around and give back to those who are also deserving.

In this battle, the cry of “racism” is empty because it is a justification — using guilt and passive aggression — for replacing the middle class and middle class values with a group of misfits dependent on an all-powerful centralized government. Racial equality is not the goal, but the means of achieving it, or neutralizing the educated, white, middle class of America with racial guilt.

As I propose in a related article, the essence of conservatism is preservationism. If the Tea Party knows what’s good for themselves, they’ll become a Green Tea Party and work to not only preserve the middle class and its values, but our natural environment. The two values go hand-in-hand. In doing so, they’ll establish the higher principle they’re fighting for here, one that gets obscured behind the rhetoric about “Socialism” versus that of “Racism.”

While all the talking heads are calling the Tea Party racists, the educated middle class members of the Tea Party are involved in a far greater fight — to determine what future we pick, one that rewards the best or one that norms us and stops driving us to be better than we are. That is a fight for the soul of a nation, and one that should not be so easily dismissed as with the now-empty epithet, “racist.”