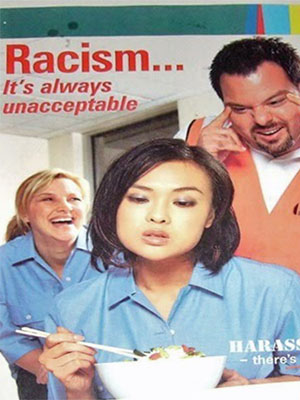 We are born in darkness, in this modern time. Our elders do not address the historical event of our time, which is the vast degeneracy and downfall of Western civilization as it was constituted by the events of May 1789.

As a result, our elders and in fact all voices in our society speak in unison about a different narrative, which is the narrative of avoiding any mention of how radically our society has been changed and what precisely has been changed. The reason for this is that if we can identify our present paradigms, we can measure them; this is why much of the left’s activity is focused on making their proposals seem normal, the way things always were, “human nature,” etc.

For modern people, the task then is how to find a place in this world. When we do find a place, we defend it, and in doing so, defend the paradigm of our time. While we think this is only common sense, it in fact lures us further into the darkness. We convince ourselves to avoid knowledge of actual history and to replace that question with more of the dogma of this era.

The art and entertainment pumped out by our media, industry and crowd-sourced social groupings reinforces the prevailing dogma. Most of it exists to show how deviations from the present order cause chaos, and how by restoring the present order after chaos, the heroes and heroines of these stories and songs are able to find a life they enjoy living. It addresses the individual, not the health of the society.

The key to the darkness is found in that observation. In the past, society was an organic whole; not like the collective of leftism, which is a group of people sharing self-interest, but an organic whole in which all had an interest in the health of the society and it was seen as radical dysfunction to be in opposition to it. Their solution was not to replace hierarchy with many autonomous individuals with king-like rights, but instead to fix society from within by restoring moral order.

When we awaken in this modern time, we drop suddenly from the comforting clouds of dogma and fall hard into the wilderness of realism. Dogma provides an answer for everything, which is tautologically to restore dogma; realism shows us that we must measure our actions by their likely consequences, which means that we make plans based on how past actions have turned out. We choose our actions based on which results in the past were closest to what we want, and what actions produced those results, which we then choose. This is the opposite of dogma which states that intentions are more important than consequences, and that there is only one action for us, which is to affirm dogma even if it contradicts reality.

Our social overlords pitch us a vision where the world is darkness outside of the comforting light of 1789-style liberalism, which manifests itself in liberal democracy, the welfare state, and unrestricted capitalism. We are told this is social order when in fact it seems highly chaotic once we get past the boilerplate and disclaimers and official titles and see how people actually interact. It could be, the dread in our guts tells us, that we are of darkness now and that the past was more enlightened.

But then the mighty hammer of peer pressure comes down. Media, big business and government are in agreement that the dogma is good; so are all our friends and acquaintances, especially at work, where they expect us to recite the dogma before they will promote us or consider us for their social group. To reject the dogma is to become a pariah. It is to exile oneself from the good graces of society, and to face a much harder path to even daily survival.

However, the dogma is unstable because it relies upon an interruption of cause-effect thinking. Once people recall that the dogma launched new ways of doing things that are failing, and they identify those things not as eternal facts of human existence, but as the result of recent choices, those choices are on the cutting block. In the same way, when one person escapes the dogma and can be seen living healthily and happily, the dogma pales in comparison.

Much of the problem we now face is that those who want to escape the dogma can escape it in name, but have no idea of what they actually want instead. As a result, they act out the dogma in new form in which they are in power and others are not, which invalidates their point of view because of this transparent power grab (similar to how the French Revolutionaries deposed a king in order to make themselves kings, in the name of universal rights).

When we see right-wingers claiming to have rejected modern society, but then acting on the precepts of its dogma such that they strengthen that poisonous dogma among the terms and values of the right, and redefine those terms and values so to be compatible with the dogma, we are not seeing revolutionaries. We are seeing decay and a return to darkness.

The future does not belong to people who are of darkness. It belongs to those who are of the light, which means the union of imagination and analysis that allows them to see another way of existing that is positive in its own right, not valuable merely because it rejects the dogma visibly and endorses the types of behavior the dogma assigns to the far-right in some attempt to invert taboo. That approach has failed and should be rejected.

Cities breed cruelty | How we betray our soldiers by omission