How we betray our soldiers by omission 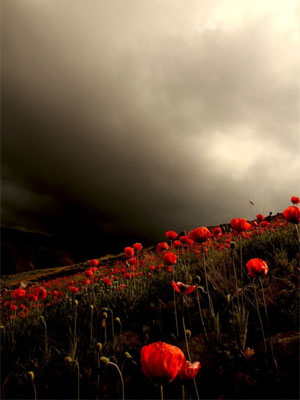 One of the worst things about living in a collapsing society is the faithlessness of people. They idealize being entirely self-sufficient.

To that end, they refuse to invest themselves emotionally in any idea that lacks self-interest. Nation, culture, religion, nature, marriage and ideology beyond “more rights” get the axe.

As part of this, the first group they betray are those who devote themselves to ideas that are both collective and yet transcend the collective herd. Ideas that rise above the mere sum of us as parts. Ideas that unite us without self-interest.

Currently, 22 former or current American soldiers are committing suicide per day. Why is this?

One explanation is traumatic brain injuries. With body armor and better armor on vehicles, soldiers are less likely to die of shrapnel wounds and bleed out on the battlefield. However, they are still exposed to the concussive force of the explosion, which opens up many small cavities in the brain. The effect is much like rubbing steel wool over circuit boards when they’re on.

However, not all of these soldiers have had traumatic brain injury. The majority of them seem to have depression, PTSD and other disorders related to their self-esteem and feelings about their service.

Our science isn’t advanced enough to consider this, but people who do dangerous and morally complex jobs need some solid truths to believe in. They need to know that when they go over there and shoot people, or hold their friends as they die, that they are doing a Good Thing. No ifs, ands or buts. No lengthy antiwar monologues either.

What may be crushing our soldiers is something similar to what happened when soldiers came back from Vietnam. As they returned, they often faced hostility from hip kids who were mocking these guys for their service. Many of these hip kids went on to more lucrative careers. That experience is soul-crushing enough, but what might be wrecking our soldiers is that now they come home to faithlessness. People are apathetic about the war because they don’t see a personal benefit from it. Thus there is not even a question of whether the soldiers are doing the right thing; no one cares what the right thing is.

And thus these guys fall through the cracks. The hip kids are apathetic and go on to lucrative careers, perhaps as Facebook promotions experts or disability code compliance gurus. The soldiers get used up, cast aside, and then told not that they were wrong to serve, but that their sacrifices were unimportant.

We are betraying them through the absence of a support structure. When your Dad unclogs the upstairs toilet, generally the family is going to praise him for taking on a dirty job. Why don’t we do the same to our soldiers? People are too busy being unique, “different” and faithless as a means of showing how cool they are to take the time to even thank someone.

This leaves these guys alone, ignored, and subverted by a world that has very happily gone about enriching itself while others slogged it out in the dust and the blood. That’s enough to make anyone consider increasing the body count by just one more.

Of darkness | Liberalism: it’s illusions all the way down.