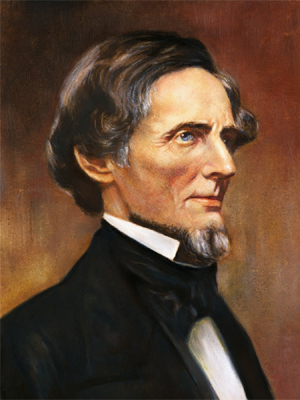 American Civil War anniversaries are always grim times for me. I love my people, and I love this land, and to see it split always makes me slightly ill, much as the fratricidal world wars induce illness.

The American Civil War is better named the American Revolution II, and it has no bad guys. No, not the evil pro-slavery Southerners, and not even the north. At least, it has no party who was the evil. Like Satan as a concept, all evil takes the form of notions which become behaviors.

As the ancient Greeks might tell us, all evils in fact have a common origin in the notion of hubris, which is hard to translate but encompasses the kind of arrogance required to be a narcissistic or solipsist, assuming that the world exists for you and there is no value higher than your whim, pleasure or wealth.

In the case of the Civil War, the evil was the issue left unaddressed by the American Revolution. Are we a nation ruled by culture, as interpreted separately by the independent states, or are we a nation unified on a singular choice of values, on which the states are dependent?

The country and suburbs wanted the former, and the cities wanted the latter. This is because cities breed cruelty, and hubris, through their dual nature. In a city, the anonymous individual is the center of attention and all behavior is tolerated; however, this comes at the cost of having to support the same for others, which creates a vicious me-first culture of social climbing. Cities breed people to smile and betray.

Out in the country, however, the design of civilization is much less rigid. Where the city is essentially a flat hierarchy with a centralized power, in the country power is spread in a graceful tree and is distributed among many localities and essentially familiar authorities in each one. Each person has a role. Social climbing is minimized.

The cities hate that.

Individualists are drawn to cities because cities remove all obstructions to the individual’s pursuit of self-gratification, albeit at the cost of increasingly machine-like and often tedious jobs. But don’t mind that; look at all you can buy. How easy sex is, even to buy. How important you are, with a title and credit cards, maybe even official powers!

In the Civil War, the North needed a pretext for war. They chose slavery, knowing as well as the South did that slavery was on a worldwide level heading to the dustbin. This was for many reasons, but the biggest was technological. With the rise of machines, including steam machines and automatic crop sorting, it was clear that the old manpower-intensive order was technologically obsolete.

In addition, the other 99% of people in the South who did not own slaves felt it was time to let this ancient practice go. The English outlawed it, as had other European nations, and slavery had a distinctly negative aspect for most Southerners, which was that it created a mixed-race society. The thought was to let it quietly pass away. After all, the US had banned the importation of new slaves fifty years before.

But what the South did not want was for slavery to be banned immediately. This would have two consequences: first, it would bankrupt the South, since much of their money was sunk in their farms and the slaves who worked them; second, it would unleash a population upon the South with no way to economically support them, since the farms would be bankrupt. An economy bomb, basically.

All wars begin on a pretext that is often unrelated to the underlying cause. This doesn’t mean the cause isn’t there. For example, the Viet Nam war was supposedly about liberating Viet Nam from the ruthless Viet Cong, who really were bastards, but it was actually about checking Sino-Soviet power worldwide. Same with the Korean War. The Iraq War II, in theory about WMDs or freedom, was actually about protecting Israel from a leader who liked to lob Scuds at them. The first world war was about the re-arrangement of power after the monarchies had lost exclusive dominion and had to rely on democracies; WWII was about whether Europe would go Marxist, like Russia, or stay somewhere to the right of far-left. In the American Civil War, slavery was the pretext; the real war was a clash of civilizations between the suburbian-agrarian South and the industrial, egalitarian and individualist North.

The Northerners like to hide this knowledge behind a lot of moral talk about slavery, but that is essentially hogwash. Slavery was how the press whipped up the herd, but the real motivation was envy that someone somewhere was not living in tenements and working in factories. That there might be a better way of life in which, unlike the lottery of uniform individualism, people were not all equal. That there might be happiness outside the city, and thus (most importantly) that one’s rank in the pecking order of the city might not mean diddly-squat.

What’s scaring them lately is that people are drifting in their souls toward the Southern View. They don’t want to look at concrete and work in tedium for the Great Ideological Crusade of equality. They want to let nature sort of us, give everyone a fair place, and then resume the pursuit of a passionate life. One that can’t be lived in the self-hating and self-consuming city.