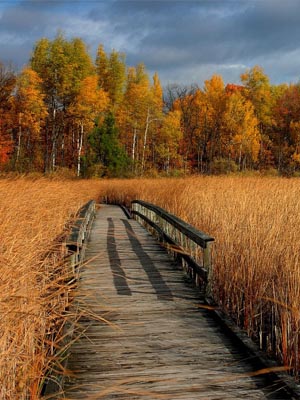 All revolutions are bunk.

Honest people see a broken system, and find a way to get ahead in it, and then change it from a position of power.

A revolution is the contrary impulse: throwing out the whole thing and starting from scratch. This would make sense if all of it were bad, but for no human society does that make sense. If the society was functional, it has all the right parts — they’re just in the wrong places.

If you have ever edited a confused document, or re-written computer code that was hastily programmed, you know the drill. You take whatever is there, organize it, standardize it, remove duplicates, and then clarify its purpose. At that point, it works pretty well.

In fact, the difference between a fully functional society and a totally dysfunctional one may be smaller than we think, more like 10% than 90%. Parts in the wrong places. Functions duplicated. Lack of clarity in goal. Lack of organization.

Revolutions go from seizing power to wasting all their resources on witch-hunts in only a few months.

A tale of two revolutions: in Egypt, a celebrated overthrow of the old order; in the USA, people camped out to finally show those bankers on Wall Street who’s boss.

But both failed. They knew what they did not want, but not what they wanted, so they could create nothing. In Egypt, they overthrew the strong-man who kept extremism at bay and now, in their first elections, have replaced him with religious fanatics.

you’ve had the support of many unions, including the teachers union.
and what did you do with that support?

you could have done many things, maybe hired investigators to find out why children have out-dated school books or why the veteran hospitals are so horrid yet the parks built for vets are so niceâ€¦ you could have shamed administrators into action.

you chose to talk.

I believe americans supported this moment, and that support is getting less and less because, get thisâ€¦ we’re a results driven society. – Shane Bugbee, “an open letter to the occupiers”

For those reasons, many of us do not trust any revolution. If your reaction to 10% of your society being wrong is to throw out everything, you’re an “extremist” — extremity for extremity’s sake, sort of an emotional tantrum — who will do nothing but make a mess.

Look at the French Revolution. The revolutionaries overthrew the monarchy, then spent the next months first murdering all of the aristocrats they could find, and then began murdering each other. When that did not suffice, they began murdering people on rumors and hearsay. Brilliant.

The Russian revolution took the same path. As soon as power was assured, the state cleansed itself of enemies. This list widened and the requirements for “proof” lessened as time went on. Soon all that was required was someone somewhere saying that you had said something against the state.

What is so disappointing about this most recent display of ineffectual â€œconsciousness-raisingâ€ is rather the way that it perpetuates practices that have almost become perennial in post-New Left protest culture. All the self-righteous antics of ostentatious pacifism and passive resistance that have become so obnoxiously enshrined in the popular imagination since Gandhi and Civil Rights are trotted out. As per the usual, the protesters are celebrated for their heroism in standing up against the police. If one of them gets arrested, itâ€™s all the better, because then they get to wear that fact like a badge of honor, a sign of their selfless dedication to the cause. – Ross Wolfe, “Regressive ‘Resistance’ on Wall Street: Notes on the Occupation”

All revolutions have this “laundry list” approach, with goals that rapidly approach insane.

Again, they know what they hate, not what they love. If they knew what to love, they would have spent their time creating that instead.

The laundry list approach arises because revolutions are not intellectual activities; they are social ones. People start spreading a meme, like “The bankers did this to us” or “Let them eat cake.” It’s wrong; nobody cares, because everyone else is busy repeating it.

Arguably, the Occupy Wall Street movement has already drifted into the shadow of the Democratic party â€“ with a number of Democratic establishment figures from the top down endorsing it. The Democrats’ own media fundraising and media machine, Move On, has visibly adopted the cause. Like the Tea Party before it, the Occupy block would swing a close election during a national two-party race, functioning as a pressure-release valve for any issue too radical for the traditional platform.

Although the global Occupy movement has branched out in an open-source way, many of its participants and spectators might be completely unaware of who actually launched it. Upon investigation, what one finds is a daisy chain of non-profit foundations, all tied together by hundreds of millions per year in operational funding. The original call for Occupy Wall Street came from non-profit international media foundation Adbusters. Like many non-profits, Adbusters receives its funding and operating capital from other behind-the-scenes organisations. According to research conducted by watchdog Activistcash, Adbusters takes a significant portion of its money from the Tides Foundation, an organisation partnered with one of Wall Street billionaire oligarch George Soros’s foundations, the Open Society Institute. – Patrick Henningsen, “Here’s the risk: Occupy ends up doing the bidding of the global elite”

With no goal, they drift back into the standard line: we should all be equal, everyone should be free, there should be no social classes or differences but since there are, let’s redistribute the wealth.

What’s amazing is that more people don’t ask the question: how are these relevant at all?

Equal applies to mathematics on paper, but not people. People have abilities; they vary. You want the ones who are most competent in any field to be leading that field. You do not pick random people to be your surgeon, lawyer, architect, plumber, mechanic or artist. You want qualified people.

Social classes and differences arise because people with different abilities tend to find spouses who are like them, and then produce kids like them. If you have two choices of doctor, one whose parents and grandparents were doctors, and one who’s the first doctor in his family, who do you choose? The first one: he’s more likely to know what he’s doing.

Revolutions are social revolts. They pander to the weakness in all of us. Maybe our problems are not us, but are someone else’s fault. Hot damn, that would be convenient! We will all gather together and agree to protect the victims and underdogs by doing what is convenient, which is blaming others for our problems and then killing them and taking their stuff.

That’s what happened in France and Russia, isn’t it?

It’s also what happened at OWS. While thousands streamed past trying to get to their jobs, the OWS protestors made a mess and blocked the roads, essentially stealing time from many of the office workers they claimed to be defending.

All of these revolutions defend the underdog, but only as a symbol. They value the poor, the gay, the minorities, the women, the retarded, the homeless, the whoever so long as that whoever is not succeeding… because that way the revolutionaries can claim they are defending a symbol of injustice.

It’s funny how leftist states end up producing more impoverished people than existed before they were there. Look at France, and Russia.

At its core, the 99 percenters seem to be upset that life is not fair â€“ and that somebody should make it more fair. Who gets to decide whom, among the wealthy, deserve their wealth? By whose criteria? It is frightening to contemplate the answers to these questions â€“ for images of the French, and Russian, revolutions come to mind. – Jew Among You

In their wake, they leave destruction. It is what they do: revolutions are mass simian tantrums that result in destroyed societies. Leftism, liberalism, defending the poor, anti-racism, and egalitarianism are all excuses that revolutionaries use to justify their destruction.

It’s good to see Occupy moving toward irrelevance. Then again, it always was irrelevant, if our goal is to have a functional first-world society.

No, I Donâ€™t Care About Your Feelings | Democrats declare race war