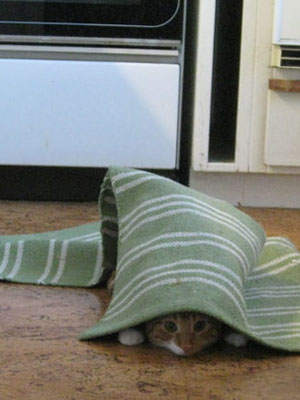 Nothing in this world exists as a meaning in itself. Instead all things are like concentric layers of cause, as you might find in an eschatological onion, pointing inward. Only after you peel back all but the last do you find some implication of what is actually going on.

Today the Supreme Court declared ‘Obamacare’ constitutional, and many people are freaking out about it. This is silly, since Obamacare was mostly a proxy fight about the direction of future government.

At the outer layer of the onion this seems to be about health care. After all, American liberals have been clamoring for socialized medicine since the 1950s, like the systems Canada and Europe have. Since that time, the debate has become poisoned by media and public figures throwing their propagandistic weight heavily behind socialized care. As a result, truth is hard to spot.

Underneath that outer layer is another agenda. The people who will benefit most from this health care are the baby boomers, many of whom have saved almost nothing for retirement despite the high possibility of crushing late-life health care costs. This will bail them out, by taking money from present generations to pay for the boomers as they fade away.

Peel back that layer, and there’s another. People with jobs have health care, for the most part. People who are part timing, are not legal citizens, or have neither employment nor marriage are at risk. The left side of politics always like internationalism, or the destruction of what makes nations unique so that anyone can be accepted.

Finally, we get to the core of the onion, which has two lobes.

The first lobe is the actual agenda of the left, which never changes: equality through wealth and power redistribution. In 1789, they killed the kings and took the power for themselves, spreading it around evenly so none would have a grievance arising from inequality. Despite the more than two centuries of unmitigated political disaster since that time, people still believe this is a good idea.

The second lobe is a symbol of our future: will government continue its leftward shift, toward a facilitative hyper-state that provides entitlement benefits in exchange for obedience, or a rightward shift, where government provides next to nothing and culture regulates who thrives and who strives?

Those are the agendas of the left. On the right, the outer onion consists of thwarting Obama, thwarting Democrats and protecting big business. Underneath that is the recognition that business is more efficient and less corrupt than government. At the core is the same ideological distinction: do we go socialist and become a Soviet-style ideological state, or cut government back and become a cultural nation, one based on values in common instead of dogma obligations?

As a rightist, I am inclined to casually note that the cost of health care in the West is directly proportional to the amount of regulation involved. Whether paid by the state or individuals, costs rise when we put more paperwork into the loop. For each rule made by our politicians, we must hire another hundred bureaucrats and have every hospital spend another few hundred hours a year doing paperwork specifically for that rule. Despite all that, many rules have not stopped abuses, and by making doctors work longer on non-medical paperwork, may have in fact burnt them out. We have the same problems, only a higher cost and more boredom and paperwork.

The constituents of the Democrats do not mind more regulation of course because a good many of them either work for the government, or see that as the ideal civilization they want to live in — one where government jobs are the way to success and power. For them, these rules mean more of “their people” — people like them, however they define that — being hired and getting a leg up on the rest.

Nonetheless, when healthcare was most personal in this country, there were not many rules. There was not much paperwork. Doctors operated without much oversight, and any errors were corrected when those doctors got sued. The situation is much the same today, except we’ve taken on a huge administrative load, which has raised costs to the point where it requires insurance to even get basic medical care at all.

It’s unfortunate that President Obama has decided to continue going down this path, but it’s what his constituency wants. To them, it’s free money; they only see the outer peel of the onion. They are unaware of any consequences besides the fact that now, they are guaranteed health care.

They are unaware of the fact that this may change the definition of health care to mean that it will be less effective, or that the increasing paperwork may drive our most competent candidates away from being doctors.

They are oblivious to the fact that this will most likely have consequences beyond the first ring of that onion, like an economy now totally dependent on government, a society veering toward socialism and away from quality control, and a fundamental change to our values system to praise those who choose to be ineffective parasites working for government or pushing papers, at the expense of those like doctors who do the actual work.

If there is a lesson in the drama over Obamacare, it is that the voters steadfastly refuse to see past that first layer of the onion, and it explains why over time our basic services decline in quality and increase in cost, all while government grows like a giant tick on their backs. But the voters are oblivious, so they can get away with this — for now.