Nominalism and the Destruction of the Islamic World 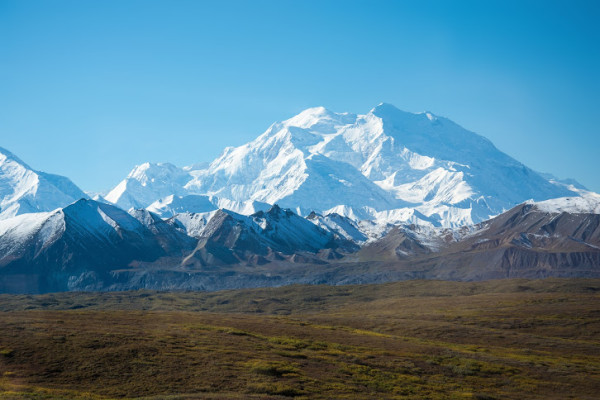 Graaaaaagh1 recently appeared on Mike Enochâ€™s podcast2 discussing a common topic on the show, the Judaic spirit embodied by the Old Testament and the possible origins of Moses. Particularly, both men recommended the book Moses the Egyptian by Jan Assman.3. It argues that nominalism, the philosophy that universals do not exist and that denies the unity behind material forms, initiated the collapse of Western Civilization through great evils such as iconoclasm, the Enlightenment, the Reformation and Progressivism.

Graaaaaagh argues, essentially correctly, that iconoclasm and anti-intellectualism in the Christian faith are the result of its periodic reversions to the practical tribal elements of the materialistic philosophy within Judaism. This philosophy, which Assman calls the “Mosaic distinction,” forces hostility to outsiders by reducing moral concerns for their welfare. It removes religion from the clouds where it concerns itself with moral thought experiments and returns it to hard reality, where defense of the realm is more important than worrying about what theory will justify it.

Graaaaagh believes that such a reversion is a necessarily recurring function of Christianity, generally, and here I disagree. A firm hierarchy and elites with an esoteric understanding of Christianity will see that in fact that wisdom of that religion is that it balances Jewish practicality with pagan transcendental beliefs. Transcendentalism does not say that because universals exist outside of man, we should abandon man; rather, it suggests that universals point man to a path that leads toward success. The point is union of man with divine order, not replacing one with the other, although in the absence of a firm hierarchy and quality elites it rapidly degenerates to that stage.

Prior to nominalism, the theological philosophy that dominated in continental Europe was Scholasticism, which emphasized a unity between humans and heavens in a traditional, meditative order. Scholasticism is famous for some of its more puzzling debates, such as the number of angels which could dance on the head of a pin, and many modern students therefore dismiss it as the silliness of medieval schoolmen. But what is less known is that Scholasticism was a hearty and deep philosophical strain that produced incredible thinkers such as Thomas Aquinas and St. Bonaventure.

This was the period of the Ghibelline Middle Ages, feted by Julius Evola as the closest Europe had come in this dark age to achieving something approximating Traditional governance. This was also the period of the Germanization of Christianity, of the building of great Cathedrals and of crusades, the re-emergence of spiritual mÃ¤nnerbunden in the orders of holy knights.

Scholasticism, or an Islamic variant of it, had also been ascendant in the various Islamic states of the Mediterranean for centuries before the University of Bologna opened its doors. Probably its greatest enunciator was Ibn Sina, who articulated a coherent philosophy that reconciled neo-Platonism and its logical and rational creator with Islam. This philosophy was continued with Ibn Rushd, who translated and expounded upon Aristotle, while continuing and propagating the idea of a God who operated by rational laws and a logic that was knowable. This philosophy left open the possibility of science and material advancement, as well as mystical and metaphysical advancement through understanding the divine system. Although this state of affairs could not endure for long, considering Islamâ€™s deeply Judaic character, it managed to maintain itself for centuries because the intellectual elite of the Islamic world supported it.

But then the nominalism reared its ugly head. Al Ghazali was a nominalist in the most crude sense; his ultimate insistence, and the bill of particulars he wrote against of Averroes, was naked occasionalism, which holds that material cannot cause events; all events come from God alone. His book, the Incoherence of the Philosophers, argued that phenomena were not the result of system or greater truth that could be discovered, but rather individual, immediate acts of an omnipotent God. God, of course, is not bound by systems, principals, or discoverable things. He could turn upside down the rules of nature at a whim; gravity goes up; magnetism can be reversed; atomic particles break apart and reform the next day. Many were convinced by this initially; but more importantly, occasionalism took on the trappings of a pious affirmation. After all, Allah is also Al-Qadeer, the omnipotent. How could you claim to be a Muslim and deny Godâ€™s supremacy at every moment?

Averroes tried to respond, and his book he penned in response to Al Gahzali, Incoherence of the Incoherence, is an Aristotelian masterwork. But the battle had been won, and the pious fulminations had already set in motion the closing off of the issue. Perhaps this was inevitable, but it set off centuries of inbreeding and savage anti-intellectualism lead to rapid and disastrous decline. Averroes (a Spaniard) and Al Ghazali (a Persian) were not Semetic Arabs; they were exemplary thinkers, embodying the straightforward and questing Aryan intellectualism that mirrored the high churchmen of Europe. With the religious sanction firmly in place, the blood and expression of the Aryans, already thin, all but vanished within the Islamic world. What remained in Persia had to go underground and hide, and mask its Indo-European mysticism in Islamic clothing.

The lesson reactionaries can draw from the decline in Islamic thinking is this: the elites must understand the nature of reality and be concerned with asserting it. This includes suppression of the populist philosophies like occasionalism (dualism) and materialism which please people because they make life convenient, instead of a quest for intellectual rigor. Obviously this does not apply to outgroups; and no, allowing so-called â€œfreedom of speechâ€ for prole-tier people is not to be encouraged. But amongst the designated hierarchy, the quest for civilization, principles and the true and good must be allowed to continue. Once shut, some doors are impossible to reopen.

The conservative anti-work movement | Looking toward the future (not “progress”)