Looking toward the future (not “progress”) 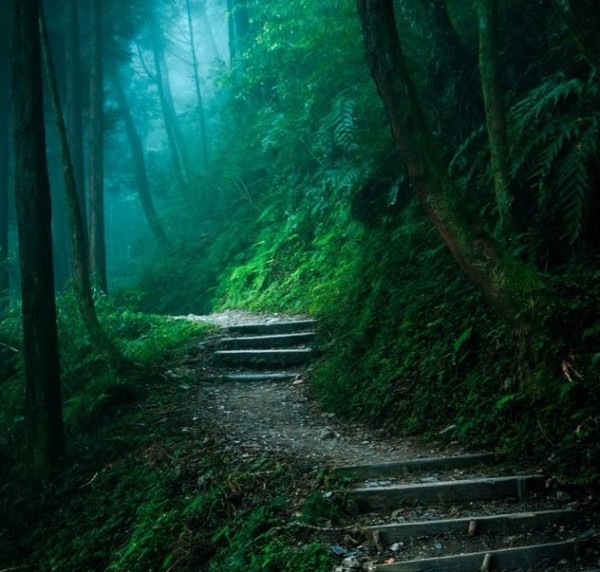 Leftists manufacture a constant stream of “issues” for us to look at. An experienced leader might see these for what they are: distractions.

The leftist concept grows from the idea of individual experience and wanting to be an exception to social standards. The insecure or otherwise confused individual sees society as a threat to his own autonomy, which creates a cycle which intensifies this feeling into a paranoia which eventually becomes narcissistic, and then solipsistic. The person then sees anything but his own desires and power as a threat to his very existence.

“Issues” appear when leftists, in looking for ways to attack social power, create or discover a situation where someone has been an exception to the rule, and therefore — the magic “therefore” of all bad logic — the rule is bad. This is why Western history is littered with lore about whores with hearts of gold, hard-working peasants, and impoverished princesses. We want to believe that the rules do not apply because we see ourselves in those roles, and fear having rules applied to us in that case.

This is a trick of the mind, of course. We are not in those situations because of a long chain of cause->effect events which put us in another position. But our egos resist the idea of rules and standards, because maybe we want to do something different, even though there is no reason for us to do so. Mostly it makes us feel powerful to believe that we need no rules or guidance, no values but our own whims. This is what happens when people have no direction: they collapse into themselves, like aged stars becoming black holes, and consume everything around them.

When did we lose purpose? The Christians say we lost God first; maybe they are right. Our civilization as a whole lost purpose when it succeeded. When you are striving to succeed, life is simple and caught up in the task. When you have success, the more difficult question of what to do with the power rises. Most societies collapse shortly after the peak of their power because they utterly lose direction. Striving to succeed is non-arbitrary, but when you have success, your direction becomes arbitrary because you must choose something that is not presented to you by the struggle for life itself. Few know what to do with that and, worse, in any society those who can understand the question and its possible answers are the tiny minority on the right side of the Bell Curve.

The problem becomes clear when you imagine a farm full of workers. When there is a quest to do, they are satisfied because they know they will be rewarded. When there is nothing, they fall to bickering and start inventing new causes to go chase because those will make them important and thus guarantee the reward. On the larger farm known as Western civilization, our strength has become our weakness because in our success, nothing remains to be done — and we struggle to invent tasks within what we know, which causes every person to pull in a different direction in an impulse to differentiate themselves and receive reward for having invented a unique necessary sub-quest. That desire for differentiation causes people to think in terms of how their actions are perceived, and through that to lose the ability to reason from cause to effect and back, making them blind to the reality underneath our world of linguistic categories, financial incentives, and political and moral binaries.

Luckily we have now fallen far enough that our quest has again become clear: there is one issue, and it is the health of our society, which is in doubt.

A huge farm of people who make a name for themselves suppressing this knowledge — call them denialists, apologists and compensators, most of them liberal — pander to what most people want to believe which is “Keep on Truckin’,” or that everything is fine with just a few patches here and there. Hence: issues. Do not look at the big picture, but these small details, and use them as the addict uses his shot of heroin to give himself existential purpose for one… more… day.

Our mania for “progress” reflects our lack of direction. That doctrine states that since everything is fine, our only concern remains shifting people from means to an end (that end being the health of civilization, from which everyone benefits) to ends in themselves. But ends-in-themselves makes people into little tyrants who state desire as fact and send us pursuing that at the expense of the health of our civilization. We are oppressed, yes, but by ourselves, and our refusal to acknowledge that individual self-interest is at the core of collectivism, and that collectivism makes society a servant to any special interest group that can claim victimhood, a.k.a. being an “exception.”

“Progress” once meant the advancement of industry. A good old boy might look out at a once-verdant valley now populated with factories and stores, and comment how he misses the old days when you could hunt deer on those hills and breathe fresh air. He then shrugs it off and resigns himself to “progress,” or the replacement of his old way of life by these new, better — and profitable! — ways of life. But in that expression is contained the idea that something is lost, perhaps the starting point of our existence that gives it purpose, such as enjoying those great woods and the clean fragrant air.

I will advance instead the oldest conservative argument which is that our direction needs to be two things: it must honor what is eternal, or true no matter what year it is, and it must have some direction that is “transcendent” or finding wisdom in the order of nature (substitute “God” if you are religious; nature is His brilliant work) without giving up on the ability to rise within it. We must be both practical and look toward what makes life beautiful, in other words. And in doing so, we have a new quest: make life beautiful.

A modern Moses might look out over the valleys of New Canaan and see the ugliness that most of us filter out in order to avoid hating our lives and seeing ourselves as the chump slaves of a dying society. He might realize that “Let me people go” means to free us from our own illusion that has us choose this ugliness and tedium because we see it as inevitable because most people think it is OK. He may even tell us that we are playing a giant game of follow-the-leader where each of us emulates what others do and then claims there is no other way because to admit otherwise would reveal his lack of direction. This modern Moses might tell us that we are all slaves, not to tangible things, but to ugliness. The idea that we must chase after exceptions and focus on those who are miserable and predicate our own happiness and sense of well-being (and self-esteem) on raising them up from a state they chose themselves. That we must pursue progress through issues instead of taking what we have that works and simply improving it as a whole.

Issues focus on specific groups and activities. They have two goals: first, whatever their advocates claim is to be achieved, but also, second and more importantly, distraction from looking at the health of the whole. The denialists (compensators, apologists) want to avoid noticing that our civilization is in decline and to distract us with these issues. They always look for the hopeless, the poor and miserable, to present us with something we cannot deny. Who wants to be known as against the poor, against women or against minorities? It sounds cruel and cheap. But it is a variant of the old snake oil salesman logical fallacy of begging the question: “Either you want what I promise this product can do, or you’re against having that,” which requires you to agree with him in advance that the product actually achieves that end.

We change direction when we start thinking about “our problem” instead of “our problems.” The problem is a lack of health, caused by a lack of direction, and that amorphous condition is itself caused by a lack of tendency toward beauty. We have given up on striving and settled for dividing up the pie. We have forsaken making our lives beautiful, and instead settled for defending ourselves against a constant stream of threats caused by one or another groups of people failing to thrive. A sane leader would cut the flailing ones free and focus on the health, then build a society which produces more healthy people and has higher standards across the board.

Why do we not live in cities of unbroken beautiful architecture, populated by people who are actually intelligent instead of merely having learned to appear so, where life is not a series of products and sales but a process of living toward a purpose of enhancing life itself? All of our inventions can be produced by such a system without the overtone of manipulation inherent to our products. Our social order could consist of happy people with each having a role befitting her abilities, and receiving reward in proportion. Instead, we have turned on that and created an ugly competitive landscape where each person must become a tyrant defending what he has against all others, which naturally creates a paranoid and corrupt social order. Has anyone noticed that most people spend most of their time doing things that make them hate life, and hate everyone else, even if they hide it behind politeness and tolerance?

Certain individuals — those who doubt life, and their own purpose in it — fear the idea of having a quest to civilization, even if that quest is civilization or the qualitative improvement thereof. If we have a goal, all of us are immediately subject to a social standard that measures our fulfillment of our role toward achieving that goal. This means that some will fall short, and the fearful rodent in each of us worries that it may be us. (Naturally, this is useless worry, because if the same energy were spent on achievement, the problem would vanish.) Our society fears leadership because leadership puts us all on notice to perform. And yet, without it, we are left in the ugliness and tedium of directionless, and turn to prey on each other, whether through outright opportunism or its passive-aggressively concealed variant, “progress.”