Now the sneaking serpent walks
In mild humility,
And the just man rages in the wilds
Where lions roam
– William Blake 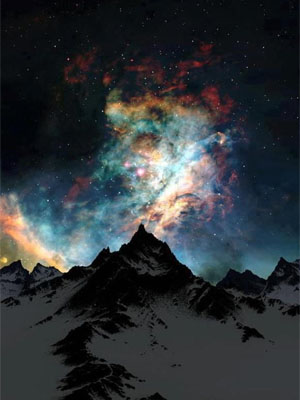 We live in a no man’s land and a new kind of wilderness. No longer does anyone think they have a rightful claim to anything except the money they make.

Your ancestry, your heritage, your role in life, or the land you grew up on — supposedly this is all incidental and arbitrary.

There are no boundaries in a wilderness and boundaries are precisely what are being eroded today. You can be anything you want to be. The entire world is now your home. You can freely go anywhere and no one can stop you. Everyone must be tolerated as long as they do not want to flat-out kill you. Never mind that you would not even know that until after the knife is already in your throat.

Morality, or “doing the right thing,” should not be conceived of as a credit and debt statement. In the eyes of the law, of course, if you do wrong you are under a sort of “debt.” But once paid off, it is paid off for good and it is not a perpetual debt. This same dynamic is found in sin, penance and reconciliation. The key is that once you are off the hook, you are off the hook and you are back at a “zero balance.”

Especially important is the “reverse” situation taken from the point of view not of the perpetrator (or the law), but the victim. On this side of things, if you were wronged, does this now give you license to freely transgress the law and wrong others? For instance, if you were wronged in five little ways, can you now use these as “credit” and blow it all on one big transgression against the universe to balance things out? Of course not; all of this rightfully sounds like nonsense and merely perpetuates the back and forth karmic cycle of revenge. You do not heal your wound by wounding another.

In any given moral decision, a person begins at a zero balance over and over again. There is no such thing as credit or debt in terms of morality. It is an absolute. It is a boundary that must not be crossed or transgressed lest you find yourself in the wilderness.

This gets tricky when we expand the scope from the individual to a collective of people or take into account generations of people. But it still holds true. Does paying off or discrediting the future somehow change the past or alleviate past injustice? Of course not, but if you want to ensure a future massacre then keep on discrediting the past. Humans always seem to get ideas in their heads, and you know what happens when humans get ideas in their heads. If you keep on giving the future a “credit” based on the wrongs of the past, then it may very well be blown on one big transgression. In their minds, they believe they are balancing out the universe.

So, take what is given to you, but do not give what you do not owe.

So, how and from where does this vital, good self-esteem arise? It does not arise from any sort of accumulation of credit or even from paying-off debt. This kind of thinking reveals a restless, inner dissatisfaction and not the vital satisfaction that does not need justification. It is this same restlessness that goes hand in hand with a desire for no boundaries.

Albert King sang: “I was born under a bad sign.” Too bad for him. I, Ted Swanson, was born under a good sign. Lucky me! I need no justification. You say I think highly of myself? You say I have delusions of grandeur? Indeed I do. My sign was written in the stars.

No one should laugh at astrology, for he who no longer seeks to seduce the stars is the sadder for it. In effect, many a person’s misfortune comes from their not having a place in the sky, within a field of signs that would agree with them – that is to say, in the last instance, from their not having been seduced by their birth and its constellation. They will bear this fate for life, and their very death will come at the wrong time. To fail to be seduced by one’s sign is far more serious than the failure to have one’s merits rewarded or one’s desires gratified. Symbolic discredit is always much more serious than a real defect or misfortune. – Jean Baudrillard

Listen, if I were you, I might want to punch me in the face right now, too. But because I’m me, I don’t want you to do that. One of Nietzsche’s final books had chapters entitled “Why I am so wise,” “Why I write such good books,” “Why I am a destiny,” and included such phrases as: “I am no man, I am dynamite.” The paradox he was trying to expose was the proverbial wolf in sheep’s clothing, or as William Blake might put it, the serpent cloaked in mild humility. Dale Carnegie was a worm.

As Aristotle points out, you have a certain “mission” in life beyond mere physical surviva: you have a mission to flourish. Alongside analysis we need a strategy of mythology. We must know from where we came if we are to know where we are going. Learn your heritage. Celebrate your ancestors. Justification is not needed. Claim your land for you. Sing yourself and celebrate yourself.

You would think that the land where I am from, and the land that my parents and my grandparents are from, is very boring. You would never have heard of it. Yet the mythology is rich. There are many untold stories and lost tales. You probably have a more exciting heritage and mythology than you even know. My personal and local mythology is filled with thunderstorms, tornadoes, caves, farmers, wrestlers, ghosts, mysterious deaths, and inconceivable miracles!

Years ago, I was watching Animal Planet. A pack of lions was feasting on a carcass in the middle of the night. The host, an expert on such things, did the unthinkable. He ran right into the middle of that pack of lions as they tore at the carcass. The lions scattered! That is fearlessness. You scatter the lions by being lionhearted yourself. Do you have those kinds of guts? This is how you tame the wilderness. This is how you conquer a no man’s land.

“So, my friend, after the example of the Phoenicians, you charted your course by the stars?”
“No. It was among the stars themselves I journeyed.”
Mistrust | Modern society is the antithesis of health